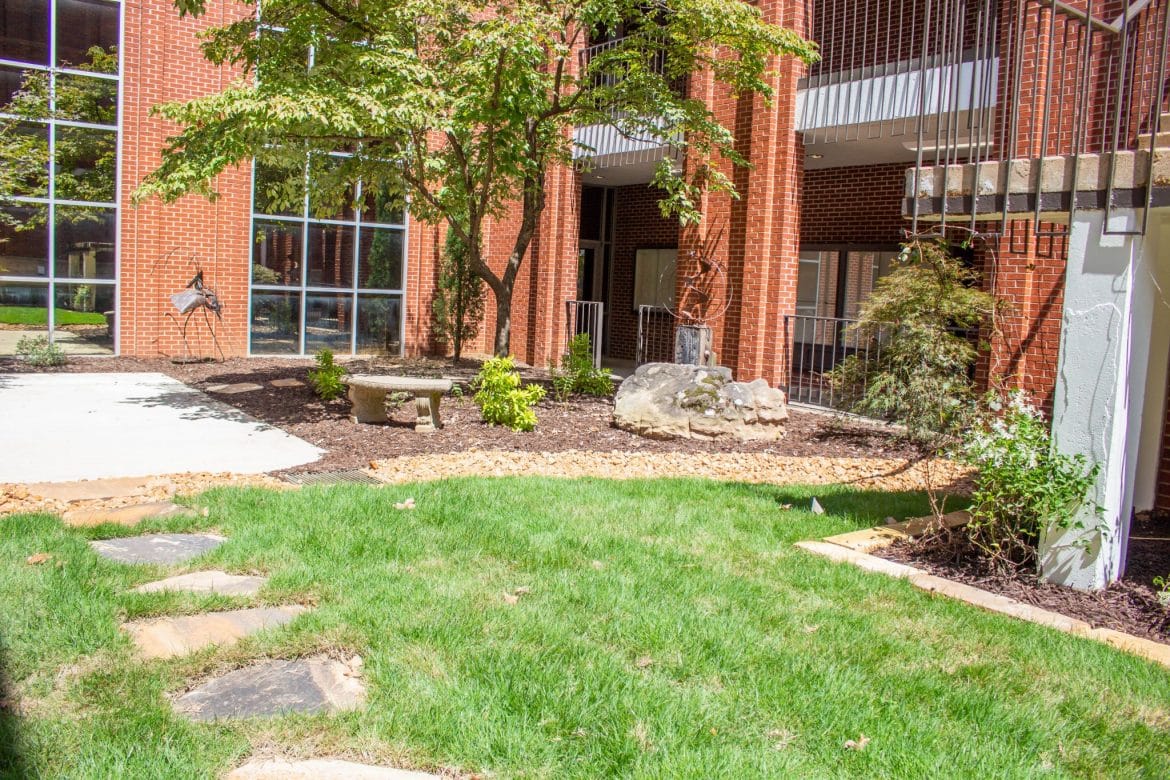 The renovation of the Mildred Taylor Stevens Memorial Art Center, commonly referred to as the Stevens Art and Design Center, started the day after graduation and included a new roof, energy-saving windows and a change in location for the ceramics room. | Photo by Loren Williams

The renovation of the Mildred Taylor Stevens Memorial Art Center, commonly referred to as the Stevens Art and Design Center, started the day after graduation and included a new roof, energy-saving windows and a change in location for the ceramics room.

“What this project was is basically a revamp of the HVAC systems in the whole building,” DeRamus said.

The cost was a little less than $1.5 million, according to DeRamus, and he said the renovation provided better air quality and temperature control to the entire building.

The primary purpose of the renovation was to replace the air conditioning system and make the building more efficient. Several other improvements were made however, including more efficient LED lights being installed, the ceramics studio and main classroom completely redone, and the senior design studio and computer lab redone and expanded.

“Originally, we had thought we would do a complete remodel, but because Dr. McLarty, rightly so, has a very conservative look at the budget, that was something that didn’t fit into the plans of the university,” Adams said.

Plans for enclosing the courtyard and turning it into a new gallery space and remodeling the current galleries and using them for classrooms were in conversation but not finalized.

Senior Kelly Horne, graphic design major, said she is happy with the improvements made to the senior design studio and computer lab.

“There was talk of [the renovation] being bigger, and I am kind of upset we didn’t get a second gallery,” Horne said. “But the fact that we’re not burning up in here in August is really nice. In the past, we would walk in, and we would be sweating. It’s a noticeable difference to be comfortable because of the air conditioning.”

The Stevens Art Gallery is currently hosting a show about the recent Art & Design International summer trip and the work that was produced by the art students who traveled the world. All students are encouraged to attend current and upcoming exhibitions.

Just the Clax | I Know Why the Caged Panda Paints