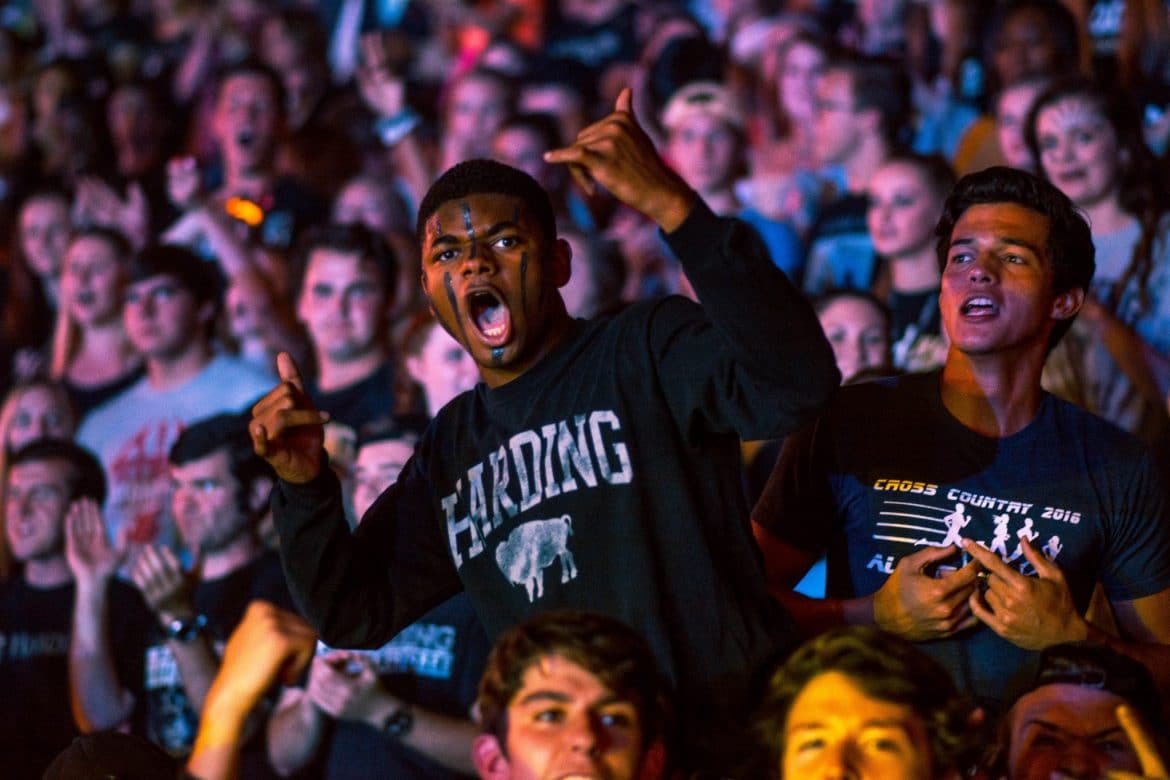 Campus Activities Board (CAB) is partnering with the Bisons Football team to host the first-ever hype rally known as “Stampede” in Rhodes-Reaves Field House to get students ready for the new season. The event is scheduled for Thursday, Sept. 6 at 10:00 p.m.

Tre’von Biglow, the Bisons’ defensive line coach, said Stampede will be filled with chants and opportunities for the football team to fully engage with the crowd and allow students to get to know some of the players on a personal level.
“I came to many people about the idea of bridging the football culture with the student body,” Biglow said. “We agreed that a Stampede rally would be a great way to engage the two cultures in one mass event.”

Biglow said the team has created momentum in recent years, and this will be a great opportunity to build on it.
This year’s theme, Code Black, puts into terms the standard the football team and coaches strive to live by, according to Biglow. The building blocks of Code Black are: passion, accountability, focus, warrior mentality, never panic and finish. As the entire idea of Stampede is to build campus morale for the football season, Code Black will be used to carry the excitement for the season.

Logan Light, CAB director, said there have been many resources committed to promote this event. There will be many opportunities for students to participate, including cheers, great music, prizes and a chance to win a $2,000 scholarship. Working with the cheerleaders and team, Light will organize a majority of the event, creating the schedule and making sure all the parts run smoothly for the night.

“We have never done something like this before. There is no precedent, so if we can fill the stands this will be a really cool, unique experience that we haven’t had yet, and that’s the goal,” Light said.

Senior cheerleader Sara Belue said it is important to have crowd participation at the games and that it is what gets the team excited. While the hype rally is new, the cheerleaders do not know what to expect but are excited to show the crowd how to participate during the games. Belue said it will be good bringing everyone together to support the Bisons as they have one thing to collectively rally around.

“I love feeling like a part of something bigger than myself. I love when the crowd, band, cheer team and football team come together, and I love getting to play my part in all of that,” Belue said.

The Stampede hype rally is scheduled for Thursday, Sept. 6 at 10:00 p.m. and will hopefully build a strong, long-term bond between the Bison Football team and the rest of campus.