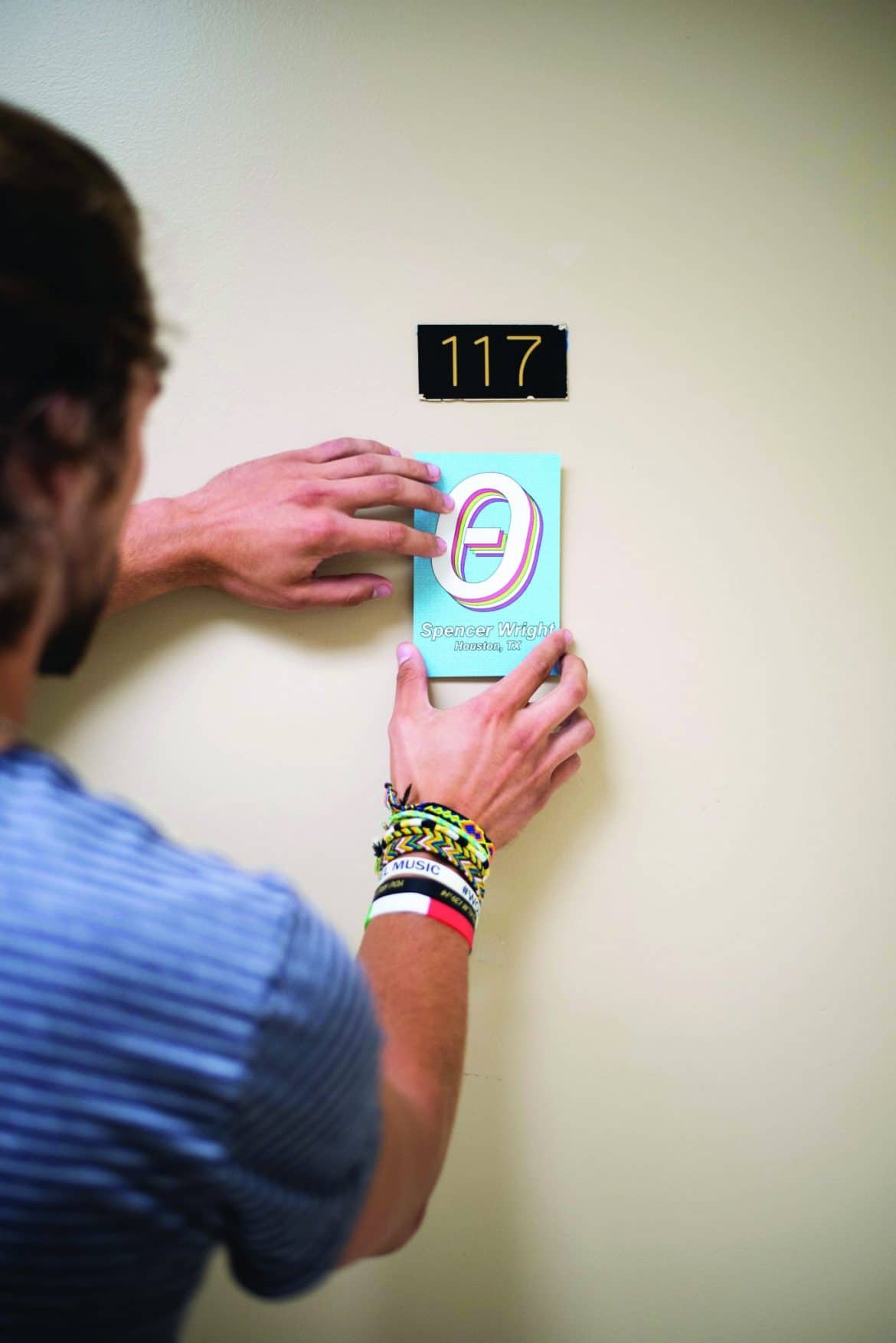 Theta’s formation was spearheaded by juniors Cayde Newton and Grady Moore, both former members of men’s social club Knights. According to Newton, he and Moore enjoyed their time in Knights but felt disillusioned by a pattern they felt was present in all of Harding’s existing social clubs.

Newton, Theta’s president, said the idea to create a new social club began as a joke between he and Moore, one of Theta’s two vice presidents, but after discussing it further with other students, they realized many of their friends were excited about the idea of a social club without archetypal pressures. Throughout the spring semester and summer, Newton and Moore worked with Kara Abston, assistant dean of students, to make their social club a reality.

“People became interested, and that’s the first time that it felt surreal,” Newton said. “We had this idea, and other people gave validity to it, which is not something that we were expecting.”

With Abston’s assistance, Newton and Moore developed Theta’s name — the origin of which Newton said he would prefer remain a mystery — wrote Theta’s constitution and enlisted two sponsors: John White, youth minister at Westside Church of Christ, and Dr. Heath Carpenter, assistant professor of English. Carpenter said he admired the goals Newton and the other charter members had set for Theta and agreed to participate.

“It’s a bit of a brave thing to do, to put yourself out there and try something new and not just go with what’s the norm and what’s expected. I appreciated that,” Carpenter said.

According to Abston, Harding does not have a limit on the number of social clubs that are able to exist at one time. New social clubs are given approval on a case-by-case basis. Abston said she is looking forward to watching Theta integrate itself into Harding’s social club culture.

“Their excitement is contagious, … and it’s a neat feeling to see those that want to be associated and be a part of it,” Abston said.

Men’s social club Lambda Chi Theta formed in 2014 and most recently precedes Theta. With the addition of Theta, Harding now hosts 15 men’s and 15 women’s social clubs, all of which will be present at officer open house on Saturday, Sept. 1 from 1 to 3 p.m. on the Front Lawn.

“Theta started from us seeing a need, but not really knowing how to put it into words, and it came to fill that need in a way that we were not at all expecting,” Newton said.

The end of an era: Warped Tour wraps after 23 years