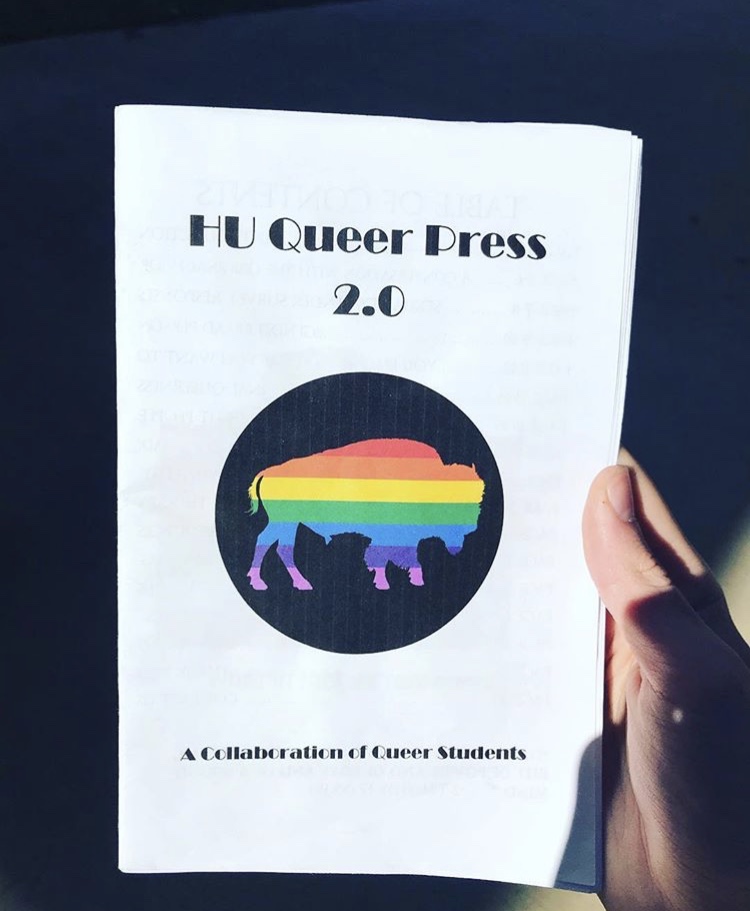 HU Queer Press 2.0, an independent, non-Harding-affiliated publication, was distributed across campus and promoted on social media platforms on Friday, April 20. The goal of the publication, according to their website, is “to educate those who are confused by what it means to be a part of the LGBTQ+ community, while fostering relationship between the University’s queer and straight members.”

According to Jana Rucker, vice president of communications and marketing, pamphlets were removed from campus because the distributors disregarded the university policy of approval before release, as stated under “Distribution of Literature” on page 46 of the student handbook.

Director of Public Safety Craig Russell said they have had similar encounters with a variety of groups prior and strive to enforce this policy regardless of the group or people involved.

“This morning, when I became aware of printed materials being left on the windshields of vehicles around campus, I instructed Public Safety officers to remove whatever materials they found, and, if they could locate the individuals distributing those materials, to politely inform them of the university policy and direct them to the Office of Student Life,” Russell said. “Our officers were unable to locate any of the individuals distributing the printed materials.”

“As he continued talking, I waited for an example that I knew would never come. Sexual orientation and gender,” the author wrote. “Not that I expected him to condone or affirm the LGBTQ+ community (phew, imagine the backlash), but I at least thought that we would get an honorable mention. Nothing.”

The handbook states that sexual immorality of any form will result in suspension from the university.

“The university’s position on sex and sexuality has not changed,” Rucker said. “Any student who meets the enrollment requirements is welcome to attend Harding, provided they are willing to abide by the university’s code of conduct. … We continue to affirm that our position on this topic is based in scripture and that sex is the creation of God and is only permissible in the context of marriage between a man and a woman.”

Although the publication’s authors remain anonymous throughout the piece, the “about the authors” section claims “the writers of HUQP 2.0 are just like you.”

“We are your friends, your classmates, your chapel buddies, your club brothers and sisters,” it said. “We are the girl you say hi to in the hall, the guy doing laundry next to you, the girl who lives down your hall in your dorm. We are here, we are queer, and we love you. We are not here to cause tension, we don’t want to fight, we just want recognition that we belong here at Harding University just as much as the rest of the student body.”

After reaching out to HU Queer Press 2.0, they declined to comment to keep anonymity.

Rucker said students are encouraged to meet with deans, faculty or staff regarding concerns of possible harmful behavior on campus.

“We don’t want any student to be made to feel isolated, alone or fearful of fellow students, faculty or staff members for any reason. We are called to love, and that is truly what we strive to do as an institution and as followers of Christ,” Rucker said. “If any member of the campus community feels unsafe or bullied for any reason, we encourage you to report your concerns to Student Life or a faculty or staff member immediately.”

The Sky’s the Limit