Just the Clax | The Walk 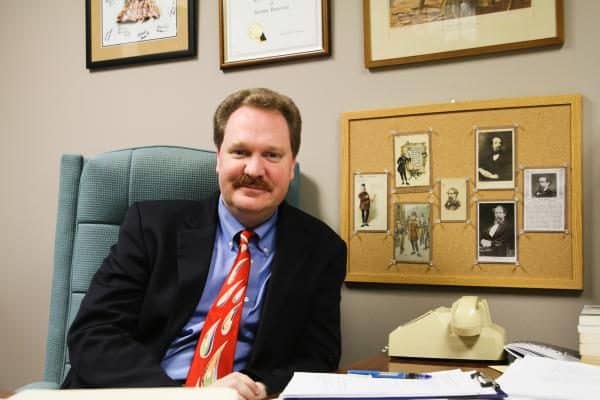 The English Department has a roundtable discussion most Fridays, where faculty and students bring lunch and chat. Last week we talked about walking. We had a guest from the Kinesiology Department who helped us appreciate some of the mechanics of the activity, but — this being the English Department — we mostly read engaging insights into the subject from famous writers.

Walking, so I learned, is relaxing, good for your health and a splendid opportunity to observe the world. The whole discussion reminded me of the time I took a walk.

I think it was about 20 years ago. I was a graduate student at the University of North Carolina (UNC) Chapel Hill, and every day, I drove 10 miles to campus from the condo where I lived in Durham, NC. One sunny Thursday afternoon after classes, I went to my car and saw the keys sitting on the passenger seat, safely locked away. I had no duplicate set with me and no cell phone.

So, I decided to walk home. My thought process went something like this: “It’s a nice day out. Why don’t I just walk to Durham?” And then, for the sake of irony, I thought, “I don’t want to walk all the way back to the office to call for a ride. That would take 10 minutes.”

The 10-mile drive home turned into a four-hour walk.

If the ratio seems rather long to you, perhaps you are picturing the speed of a person who is in shape. And a person who walks more often than once every two decades.

I set out from the parking lot on campus and headed down the hill to 15-501, the busy road that thousands of cars traveled daily. But rather than go all the way to the bottom of the hill, my second brilliant idea for the afternoon was to take a shortcut through the woods. Had I ever been in those particular woods before? Of course not.

I simply remembered from high school geometry that the shortest route between two points is a straight line. Unfortunately, my teacher never mentioned anything about how to walk through a swamp. As it turns out, it had rained heavily the day before, and much of the woods was now a marsh. Using the motto “It’s too late to turn back now” that I received at birth along with my X and Y chromosomes, I soldiered on.

At one point, I was slogging through water up to my calves. While a normal outdoorsman would have been concerned about mosquito bites and cottonmouths, it is telling that my biggest source of distress was the condition of my argyle socks. Eventually, I made it to the road, feeling no doubt exactly what Ferdinand Magellan must have felt.

I looked at my watch and realized that, after the first 45 minutes, I had gone almost one block. But from there it was a straight 10-mile shot to the condo … through heavy afternoon traffic. Fortunately, I had on my tweed sport coat and tie and was carrying an umbrella. With soggy argyle socks to complete the costume, I was the picture of an intrepid Englishman out for an afternoon stroll. I took a deep breath, smiled at the clear sky overhead and began.

No more than fifteen minutes later, I was already over it. It was hot. There were no sidewalks. I took off my sport coat and wore it like a pharaoh’s headdress. After the second hour, I opened my umbrella to shield myself from the sun. Passing motorists did not stop to inquire if I was OK. I’m sure they assumed the spectacle was part of a film shoot.

A moment of high drama occurred when I suddenly remembered that 15-501 crossed Highway 40. Navigating the narrow shoulder in a tweed turban and umbrella ranks among the more incredible things I’ve done in my life. What a story they could have told at the funeral.

As I neared the final stretch, I was at the point of collapse: exhausted, delirious, soaked to the bone and rank. In my feverish state I may even have channeled Richard III, shouting, “My kingdom for a horse” at a passing sedan.

The low point came as I was less than half a mile from the condo. Each Thursday evening, my roommate and I hosted a Bible study. Imagine my chagrin when I saw one of our regulars pass me in his Honda Civic, wave and keep driving.

But I made it, and after the study, someone drove me back to campus to get my car. Looking back on the adventure now, I only have one regret. It’s a shame I didn’t have a Fitbit, because this one trek would have filled my quota of steps for the next 25 years.

From an alumna: Coffee’s for closers