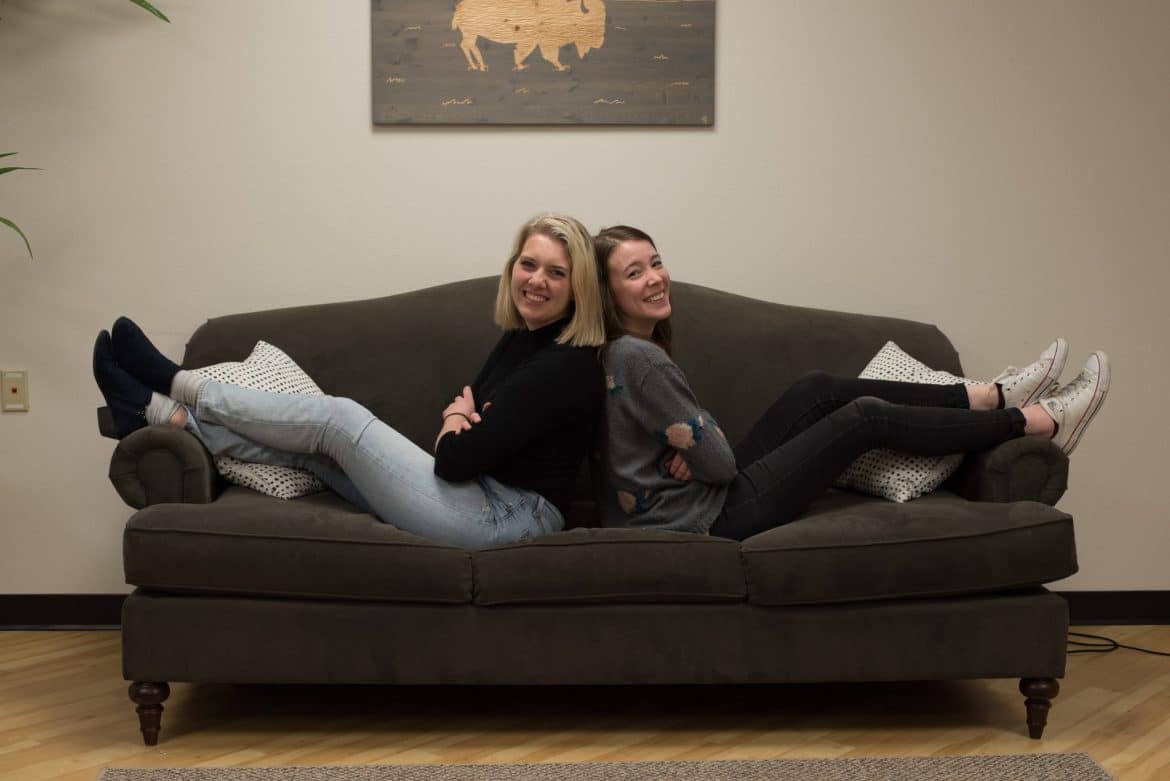 There have been only three female Student Association (SA) presidents in school history. The first was Susan Brady in 1977; the second was Susan Vaughn-Hassmann in 1990, and now, 18 years later, senior Hallie Hite joins the list of leading ladies.

Serving beside Hite will be SA vice president Nora Johnson. Together the duo is the first ever female president and vice president pair. Johnson said the two were unsure how the student body would feel about having female leaders after such a long stretch of males.

“I know it was scary for us to think about running because we weren’t sure where Harding’s mentality was at, and we weren’t sure if Harding was ready for a change quite so drastic,” Johnson said. “But it’s cool to see that Harding is. I hope that people see that it can be done and that you don’t have to be a man to be in leadership. You just have to be qualified and passionate about it.”

Hite said she went into the campaign with the mentality that if she did a good job she had just as good of a chance as anyone else. She said she believes the SA presidential position has been dominated by males due to their better exposure to the student body.

“I think that generally speaking, males are more involved with leadership positions on campus, which speaks to our greater administration that is mostly male dominated,” Hite said. “In chapel we see a lot of males, and generally those are the people who are more exposed to the student body. They’re the people who get more involved and tend to want the leadership roles. … I’m hoping that being a female SA president will encourage more females to run and try for more leadership positions in general and to show that it can be done.”

The leading ladies before Hite, Brady (1977) and Vaughn-Hassmann (1990), each paved the way for women in office in their own right. As the first female SA president, Brady appointed four other women to head committees, as well as restructured the committee selection process to include an application and regularly scheduled progress reports.

According to an article by Randy Kemp in the 1977 Bison newspaper, Brady had a “dynamic personality” and was “always teeming with practical and action-provoking ideas.” He also said she was effective in her communication with the student body as well as the administration, and spent time acquainting herself with the rules, procedures and people of the Harding community.

According to Johnson, Hite also shares in many of these characteristics.

According to SA sponsor and assistant professor of mathematics Jill Davis, Hite also shared many personality traits with Vaughn-Hassmann.

“They both (are) a name that everyone knows,” Davis said. “Both (are) well-liked by everybody (and have) pleasing personalities. And both were ready to roll up their sleeves and jump in. … They had confidence that they could be a leader.”

Hite said she hopes to encourage relationships between students through creating greater common space and increasing the number of town hall meetings. Hite, Johnson and the other members of the newly-elected SA ran under the campaign slogan “Keep Moving Forward.” Johnson said they chose the slogan because they wanted to convey an appreciation for what the SA accomplished this year, as well as a drive for future improvements at Harding.

Before the election, both Johnson and Hite had experience serving on the SA. Hite is currently a member of both the SA technology and White County relations committees, and Johnson is the sitting Jr. Female Representative. Hite was one of the 2017 Impact co-directors, through which she was able to build relationships with the student body and administration.

“I just got a better grasp of what Harding was about and (what) went on behind the scenes,” Hite said. “After that I kind of realized that being SA president was something I could do.”

Davis said the administration always strives to be transparent and believes Hite’s new initiatives will help the flow of information between all parts of the Harding community.

This opportunity is one Hite said she is excited for.