Arts and Life Presents‘Wardrobes and Rings’ 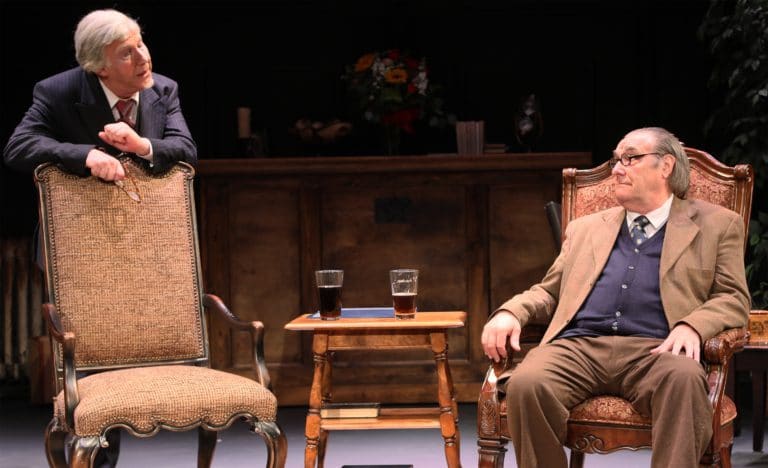 Photo Courtesy of the Office of University Communications and Marketing

“Wardrobes and Rings,” a theatrical performance about C.S. Lewis and J.R.R. Tolkien, will take place as the final event of the Harding University Arts and Life Concert Series today at 7 p.m. in the Administration Auditorium.

According to Harding’s website, “Wardrobes and Rings” is a three-person theater production that imitates renowned fiction authors Lewis and Tolkien. The play is set in 1963 at the Eagle and Child pub in Oxford, England.

“Though the play itself is not based on a true meeting, everything the characters talk about is true,” Audrey Ney, tour coordinator for “Wardrobe and Rings”said. “The play is about deep-rooted friendships and what can happen when we sometimes let little things come between us and someone we really care about. It’s about forgiveness, really.”

Jay Walls, associate professor of music, said many are familiar with books by Lewis (“Chronicles of Narnia”) and Tolkien (“The Lord of the Rings”), and with the play the audience can catch a glimpse into the lives of these highly influential authors.

The Department of Music chair Cliff Ganus said “Wardrobes and Rings” is an opportunity to share an evening with two Oxford scholars whose works are still read today.

“It is beneficial to encounter people like Lewis and Tolkien, who have thought about their faith, who have questioned it, defended it and shared it with others,” Ganus said.

Ney said she thinks the audience will be able to relate to something within the play because the show lets the audience be a “fly on the wall” and learn things about Lewis and Tolkien that people may have not known before.

“I think these were two men who were able to meld their love for Christ and their passions so beautifully,” Ney said. “They are true examples of what can happen if you give your talents and skills over to God and let him do what only he can do.”

Walls said David Payne, who plays Lewis, performed at Harding last year and that the audience enjoyed his performance. Walls also said he believes this year’s show will be just as good as last year with the ending of the season for the Arts and Life Concert Series.

“Wardrobes and Rings” will conclude the Arts and Life Concert Series.

Tickets are $3 in advance and $5 at the door. For tickets and more information on the production of the shows, visit www.harding.edu/concertseries or call 501-279-4343.