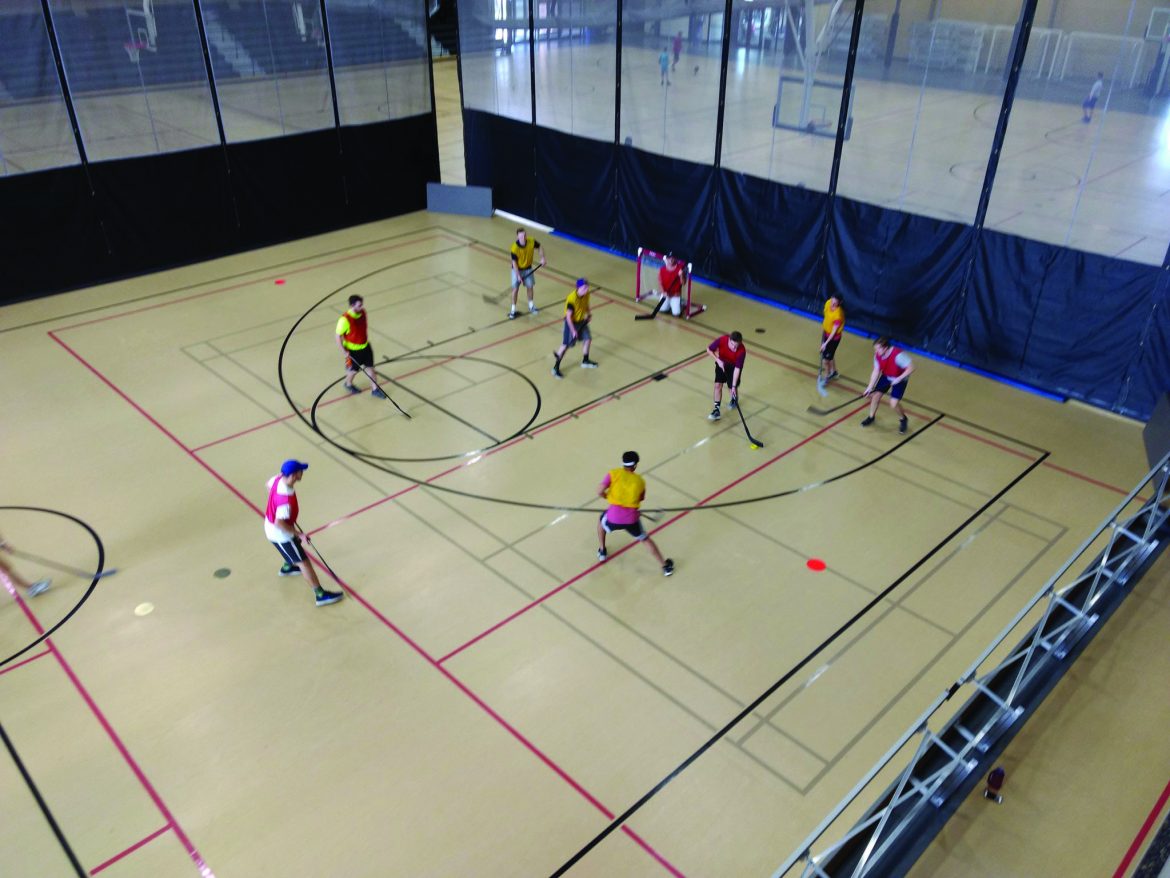 The Ganus Athletic Center (GAC) is in the process of introducing new sports and recreational opportunities for students. Floor hockey, spikeball, water polo and ultimate Frisbee are a few examples of activities Tom Ritchie, assistant professor kinesiology, has in mind.

Ritchie, who took charge of both club and intramural athletic programs this year, said it was his goal to provide more opportunities for more students.

“There’s a lot of emphasis on club activities, and we want to provide things that are larger scale for everyone,” Ritchie said. “We want to bridge that gap … and make sure it’s open for everybody.”

In addition to expanding the recreation program outside of social clubs, Ritchie said he wants to introduce sports that may not be as widely known.

On March 17, the first game of organized floor hockey was held in the GAC, with around 20 participants. Ritchie said the game was a soft opening for the sports opportunities to come.

Freshman Michael Day participated in the floor hockey game after seeing advertisements in the GAC. He said he was thrilled to have an opportunity to play something similar to roller hockey, a sport that he grew up playing in California.

“It was a good time,” Day said. “In Arkansas, obviously hockey is not a huge thing … but there are a lot more sports out there than the typical sports.”

Ritchie said he wanted to introduce the new sport primarily through word of mouth. Junior Hunter Schwartzkopf grew up playing ice hockey in Colorado and said he was happy to help Ritchie spread the word about the new opportunities.

“(Hockey) is something that I’ve always had a love for,” Schwartzkopf said. “We had a lot of new people there who had never played before and some people who had … I think a lot of other people have a desire to play sports that weren’t in their areas growing up.”

Ritchie said that, while there are possibilities for new club sports in the future, there are no plans for making any of these new games official club sports just yet. He said the goal now is to bring variety to the sports that Harding students play in their free time and during weekends.

“There just seems to be a need for some activities that don’t cost you anything and you don’t have to go off campus,” Ritchie said. “This is really just the beginning of an expansion of our recreation offerings.”