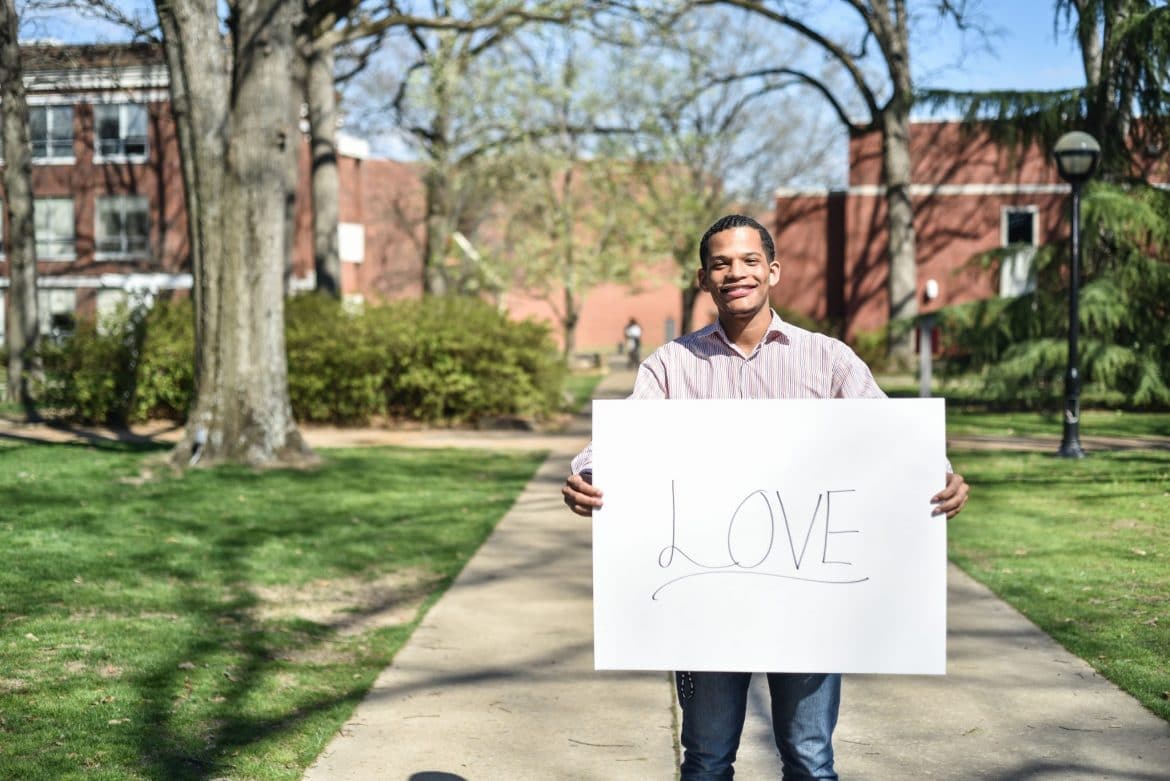 During the month of February, the Student Association (SA) presented a video series in chapel featuring students in the Black Student Association (BSA) for Black History Month. On Feb. 9, BSA members organized a chapel program featuring their experiences as minority students. In April, the BSA plans to host a panel discussing diversity and inclusion on college campuses in relation to different racial and ethnic communities.

BSA secretary, sophomore Isaac Davis, helped organize and present chapel on Feb. 9 and said he hoped to make black history a personal subject for Harding’s student body, which has an undergraduate population of approximately 4 percent black students, according to the National Center for Education Statistics.

Davis, who is two generations removed from sharecropping, said black history is usually perceived as referring to events that happened long ago, but that Harding students are still affected by racial discrimination from years past. During chapel, the BSA students referred to themselves as “Walking black history.”

Davis was raised by a single mother who earned her GED and served in the military, then later earned a master’s degree. Davis, a Bible and preaching major, said he will be the first in his family to earn both a high school diploma and a college degree traditionally. He plans to work in a church as a counselor.

After the BSA black history chapel, Davis said he received mixed responses — from appreciation to anger — but overall positive comments.

“Every single individual experiences the world in a different way, and that’s also the case with groups,” Davis said. “I believe black Americans experience America different than most Americans do.”

One of the BSA students who spoke in chapel was junior Kadia Grant, who is among the first generation in her family to attend a predominantly white college. While her family expected her to attend a historically black college, Grant chose Harding.

“You are more aware that you are the only person of color in the classroom, which is not necessarily a sad thing, but it kind of opens your eyes a little bit,” Grant said. “We’re not treated badly at all, (but) you do get uncomfortable sometimes when you start talking about black history in your history classes, and you kind of feel like all the eyes are on you because they want your perspective.”

Her grandmother was the first and youngest of 12 children to attend college — the daughter of a black family who served a white family.

“It’s empowering to hear how (family members) fought for us even before we were alive,” Grant said. “They fought to make sure before they even knew us that we’d be better off in the future than they were, (that we would) have the opportunities that they didn’t have. … You just want to make them proud of what we have today.”

Both Grant’s mother and grandmother attended historically black colleges, a result of Grant’s great-grandfather, who was the first black man to own a business in his city, according to Grant.

“He would get treated so bad, but he just prevailed to make sure he had something that was officially his, because growing up they’re always told that they are owned by the white people, or they don’t have anything that belonged to them, but he made sure that this was something that was his — it was black owned,” Grant said. “It was his and his family’s and it was passed down.”

“No matter how many times my great grandfather got put down and was told he needs to learn his place … and that owning a business is not a black man’s place, he still worked hard to pursue his dreams — to get his business started off the ground.”

During the program, Grant described standing in front of a mirror unable to understand how her lighter-skinned mother thought they looked similar.

“I have always been told that, just because my skin is a little bit darker, I’m not beautiful, and that if you are black, the only way you can be beautiful is if you are light (skinned) with hazel eyes and beautiful curly hair, and that’s not true at all,” Grant said. “All black is beautiful: every skin tone, every shade. Everyone’s beautiful, and it takes you a minute to accept that when all your life you’ve been told that’s not the case.”

Grant said she believes the BSA has provided an avenue for black students to effectively combat racial stereotypes and share part of their story with the rest of the student body.

“I feel like the relationship with the black students and Harding is getting a lot better, and we’re starting that relationship that needs to be there that wasn’t there in the past,” Grant said. “We know we’re black, and I feel like people want to skate around that, but it’s what we are and there is a very small percentage of us on campus. … We would like to build with the faculty at Harding and the students in general.”

During Black History Month, senior and Student Association (SA) video producer Jordan Huntley filmed a series of videos in collaboration with the BSA, where he interviewed black members to give them a platform to discuss race in the Harding community.

BSA students described the common assumptions they hear regularly because of the color of their skin — a subject that Huntley continues to wrestle with in light of the Black Lives Matter movement and discussions of police brutality.

Huntley recalled early memories of his mother guiding him away from black stereotypes.

Huntley sought to give black students a voice by featuring the BSA in the series of videos, which became a catalyst for a bigger conversation. In light of the SA’s theme, “Connect,” Huntley saw Black History Month as the perfect time to connect the BSA with the student body as a whole and to have a moment of transparency in the conversation about race.

Overall, Huntley has been satisfied with the work the SA multimedia team has produced, largely due to the content of their messages.

“I’m learning along with them, and when I make these videos, my goal is to spark a curiosity,” Huntley said. “I got to make videos about Black History Month and have a conversation — that’s all I want.”