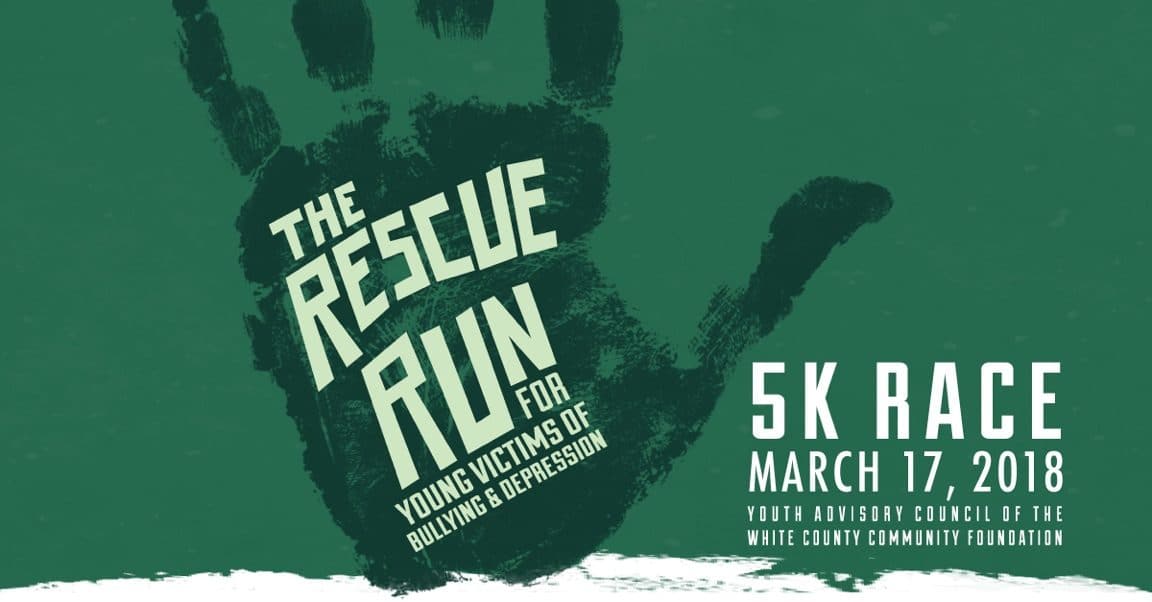 The Youth Advisory Council (YAC), a subcommittee of the White County Community Foundation, is hosting White County’s first Rescue Run 5K Run/Walk tomorrow to raise awareness for victims of bullying and depression. The event will start at 9 a.m. and funds will be given to nonprofit projects chosen by YAC students.

Senior Blake Farley, president of the YAC and Searcy High School student, said the council hosts a fundraiser every year and wanted to use this year to bring awareness to topics that high school students and the community face, such as suicide, bullying, depression and peer pressure.

“It’s bringing light to these problems that are very prevalent in our youth,” Farley said. “That’s what we really strive for.”

Dana Stewart, executive director of the White County Community Foundation, said the run was both devised and created by the YAC students because of their desire to have an influence on the community.

“It’s a great idea, because it does build awareness and at the same time allows them to raise funds so they can grant it back to the organizations that need it,” Stewart said.

Freshman and Searcy native Hope Walker said she learned about the run through her younger sister, who is a part of the YAC. Walker said she is excited to be part of a cause that seeks to fight bullying and depression, because she knows both are prevalent issues affecting the Searcy Community. Walker said she is looking forward to a community atmosphere at the race and hopes other Harding students will plan to attend.

“I love being unified behind something with people I may not even know and with people who are my best friends,” Walker said.

One of the Rescue Run’s sponsors, Beyond Boundaries, is hosting a benefit concert in addition to the run, Stewart said. The concert will feature the band Three Faces West and will be held at the Beyond Boundaries store located in Downtown Searcy. The concert begins at 7 p.m. on Friday, March 16. Attendees are encouraged to bring lawn chairs or blankets, Stewart said. The concert is free, but all donations will benefit the Rescue Run, she said.

Rescue Run late registration will begin at 8 a.m. for $30 per person. Participants are to meet at First Security Stadium on Harding’s campus are encouraged to dress as superheroes for the run/walk, Farley said. Late registration is available for $30 starting at 8 a.m. on the day of the race, Farley said. More information may be found at searcyrescuerun.com.

“We want you to be an avenue for change,” Farley said.