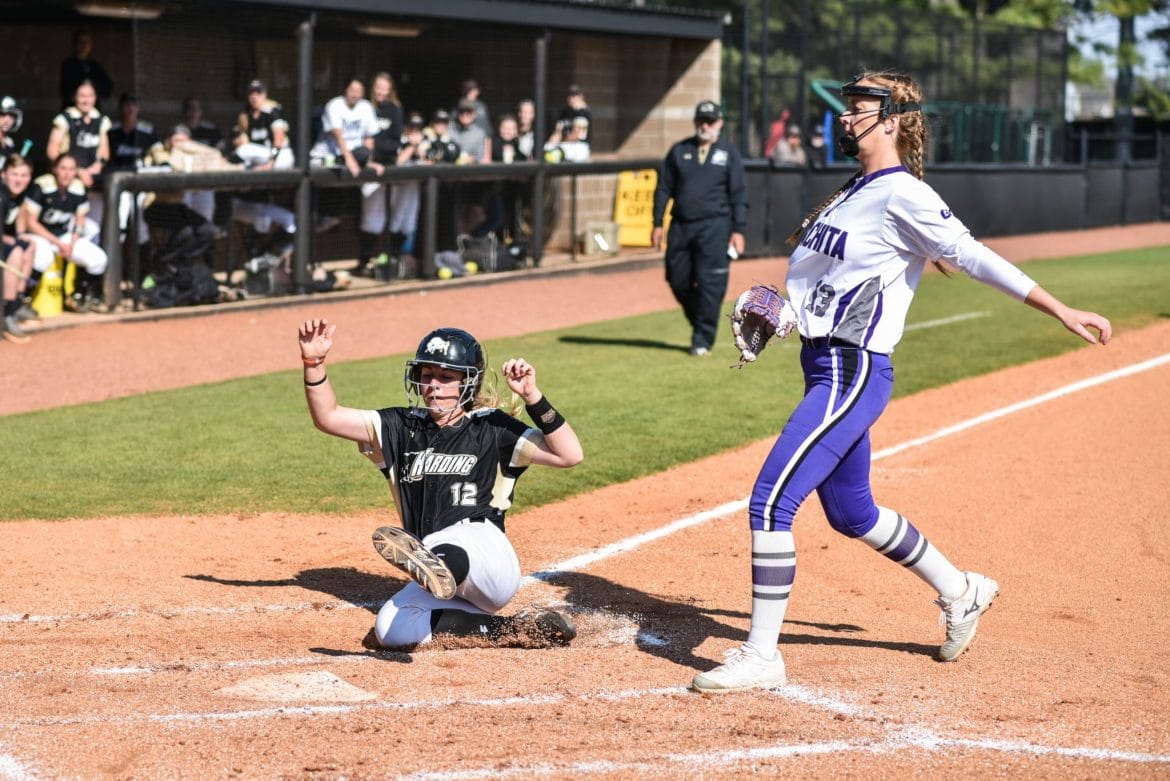 “It was nice to be able to get started in conference play with a four-game winning streak over Southwestern,” head softball coach Phil Berry said. “In game one, we just held the other team at bay until we busted out with a big offensive inning late in the game to blow that one open.”

Berry said the last game was the toughest one of the series, going 10 innings.

Senior infielder Madi Trump said winning the series was exciting for the team, but they are not just settling for wins.

“We dominated the day, won the series and got a sweep,” Trump said.  “Every game we learn something new. We take what we learned to practice and keep working to get better every day.”

The Bisons baseball team did not do as well, but have many games remaining. Head coach Patrick McGaha said the team has struggled, but showed signs of life in the games against Southwestern Oklahoma.

“We pitched a little better and played a lot harder,” McGaha said. “We need to get back into the conference race, so our next games are very important.”

McGaha said he was hopeful the team would build some momentum over spring break and finish the rest of the season strong.

Redshirt sophomore infielder Brooks Pitaniello said they have struggled a bit during this early part of the season. Despite the tough losses, Pitaniello is optimistic about future games.

“This weekend was very encouraging,” Pitaniello said. “I think we saw glimpses of the kind of team we’re going to be.”

The Bisons will host the Oklahoma Baptist Bison for a three-game weekend series with the first pitch today at 6 p.m. at Jerry Moore Field. The Bisons enter the series with a 7-15 record and 2-10 mark in conference play. The team is entering a signifcant part of their schedule as six of the next eight games are conference games.

To learn more about both teams and stay up to date, visit www.hardingsports.com.

The Grand Slam | Time to Play