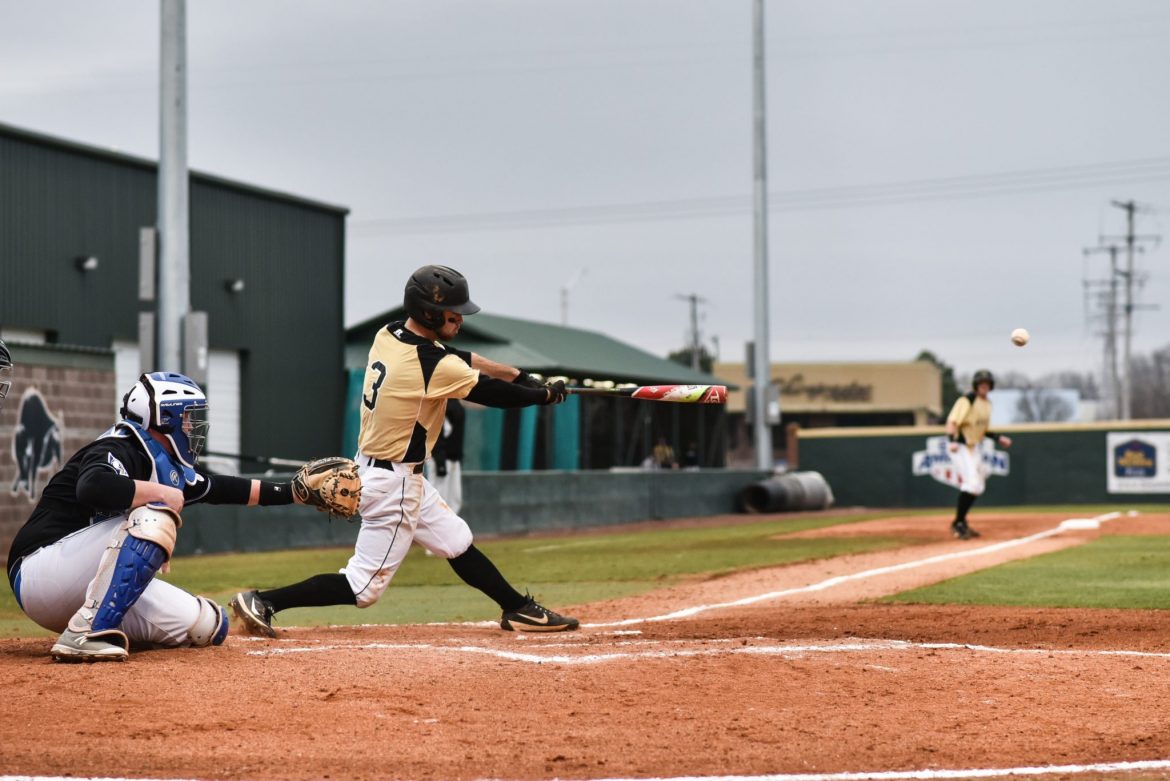 The baseball team faces Southwestern Oklahoma State University in Weatherford, Oklahoma in a three-game series. This is the second weekend in a row the Bisons will play in Oklahoma, after switching locations this past weekend due to weather.

“They’re going to be very fundamentally sound and play solid defense,” head coach Patrick McGaha said. “We’re going to have to go over there and find a way to get into their bullpen early in the series. Hopefully, we will get their starters off the mound and give ourselves a chance to put some runs up on the board.”

The city of Weatherford is known for its strong winds, which can make both pitching and batting very difficult for an opponent. Assistant coach Andy Schatzley knows it will be a tough series.

“Weatherford is always a tough place to go in and win,” Schatzley said. “How we handle their starting pitching and what we’re able to do offensively early in the games will really be what decides that series.”

McGaha said he is optimistic about the team’s chances this season and has recognized key strengths early on.

“We’re hitting the ball well, and we’re aggressive on the base paths,” McGaha said. “I think we’re going to have a chance to score a lot of runs this year.”

The team is led by seven seniors and loaded with young talent. Schatzley knows that he is coaching a unique roster.

“This is the deepest roster that we’ve had in the last five or six years,” Schatzley said. “I don’t know that we’ve had better chemistry than we’ve got right now.”

“At Harding, we’re around the guys and coaches the most,” Butterfield said. “That time allows for relationships to be built. We like to play, and we like each other.”

Quesinberry said he began to feel personally connected on the team’s mission trip to Nicaragua during Christmas break. Teammates bonded by serving and playing baseball with the community.

“I feel a sense of camaraderie with this team,” Quesinberry said. “We all have different personalities, yet we have each other’s backs and come together as a family.”

McGaha has led the Bisons to five straight conference tournaments — the longest streak in Harding baseball history. With another season of accomplishments ahead, he believes there are bigger priorities to Harding baseball.

“Everything we do, we want to glorify God with what happens,” McGaha said. “We’re wanting to represent the university and our families in a positive manner.”

The first game of the series begins at 2 p.m. today. The weekend series will conclude with doubleheader on Saturday with games at noon and 3 p.m. To keep up with the games or view the team’s schedule, visit www.hardingsports.com.