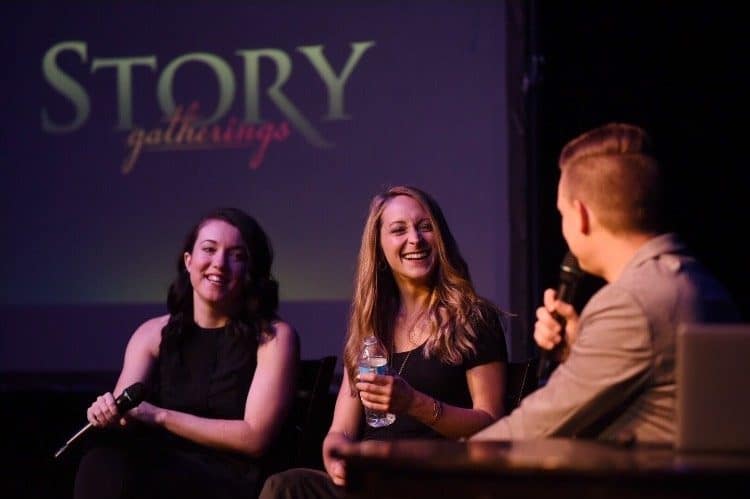 Story University, a subdivision of the STORY Gatherings based in Nashville, Tennessee, will be held in Little Rock on Feb. 23 and at Harding on Feb. 24.

STORY, a self-identified “uncommon creative community for storytellers,” hosts a conference in Nashville each year inviting storytellers of all walks of life to learn from and be inspired by other storytellers. Story University is a version of the STORY Gathering designed for college students.

According to Andrew Baker, director of the Mitchell Center for Leadership and Ministry, the idea to bring STORY to campus came after Baker and a group of Harding students attended the STORY Gathering in 2016.

“Harris III, (a performer and storyteller), who is responsible for STORY, is a really good friend,” Baker said. “We just talked one day and I said, ‘There’s a real niche for this for college students.’”

Together, Baker and Harris, organized the first Story University at Harding in 2017. The event was held in the Ulrey Performing Arts Center and hosted speakers such as Brad Montague, the creator of the online sensation Kid President, and Hannah Brencher, TED speaker and author of “If You Find This Letter.”

“I think students who attend will find it to be extremely beneficial,” Baker said. “Especially if they’re in the business in believing in the power of stories.”

Michalie Brown, social media coordinator for admissions, attended the Nashville STORY Gathering and assisted in the development of Story University in her time as a student. According to Brown, there is something at the conference for every audience.

“It’s not just an academic conference,” Brown said. “You go and its fun … and you are going to walk away inspired and wanting to be the best version of yourself.”

Speakers from the larger STORY conference in Nashville are invited to present at Harding’s event. This year, the presenters at Story University include an executive Disney producer, a spoken word poet, a former creative director at Marvel Entertainment Group and an illusionist.

Senior Jake Black attended Story University at Harding in 2017 and plans to attend again this year. Black, a computer science and leadership and ministry double major, said that he was inspired by the powerful stories of the presenters.

“Story University (helped) me grasp my story,” Black said. “Whatever major, whatever goal, whatever I choose to do in life, I have a story that is worth telling and so does everyone else.”

The Grand Slam | A Case of Spring Fever