Track and Field Team Close to Qualify to Indoor Nationals 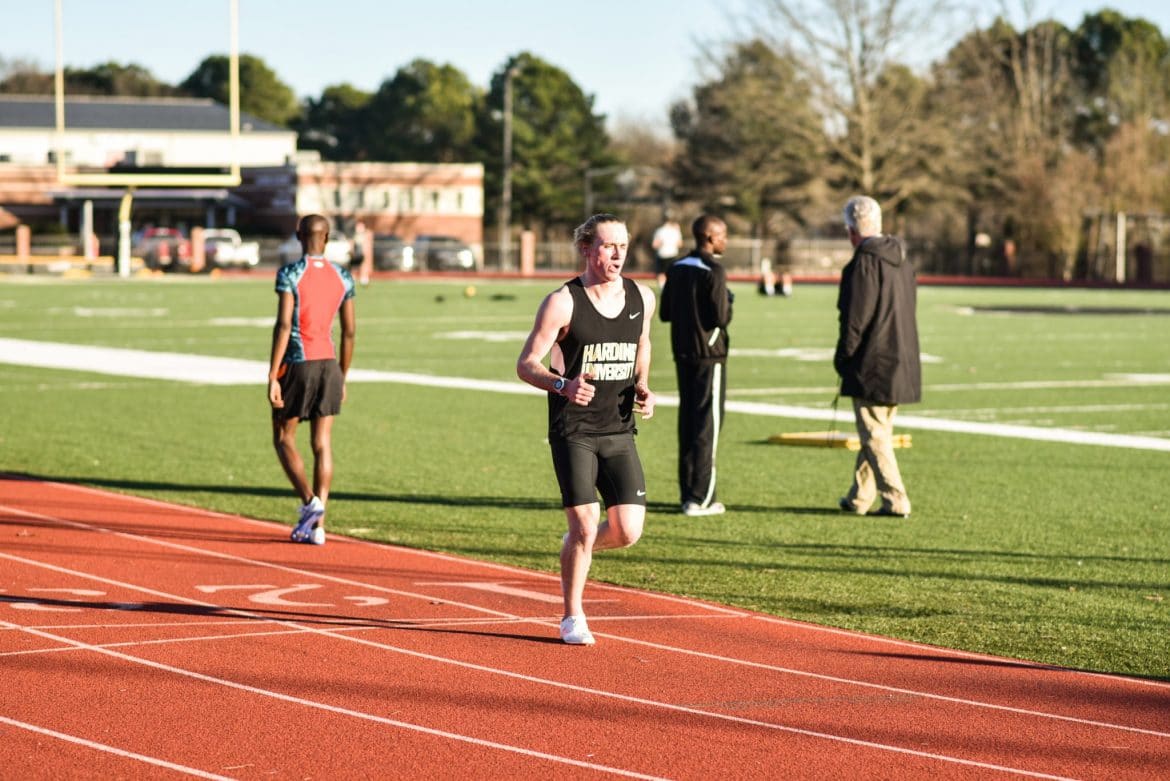 The Bisons and Lady Bison teams are going back to Pittsburg State on Friday, Feb. 9, to compete at the indoor Gorilla Classic.

The men’s and women’s track and field teams competed at the Pittsburg State invitational on Friday, Jan. 27, in Pittsburg, Kansas. Head coach Steve Guymon said the athletes performed well and is confident the athletes will perform better at the next meet.

Redshirt sophomore middle-distance runner Kinga Szarzynska and freshman distance runner Nehemia Too excelled with their performances at the meet. Szarzynska won the 800-meters in 2 minutes, 11.90 seconds, an NCAA provisional time. Too finished second in the mile and the 3,000-meter.

Guymon said the goal is to meet the provisional times to qualify the men’s 4×400 relay team and the women’s distance medley relay teams for nationals.

“As far our indoor season, we are trying to peak at this meet,” Guymon said. “We do not have an indoor conference championship so this is kind of our go-to meet that we try to perform well.”

Guymon said competing at Pittsburg State University has been good for the athletes because of the distance from Harding, the quality of the track and the level of competition. Junior middle-distance runner Madison Drennan said the team did well at the meet due to quality of the track.

“It feels like you are running outdoors,” Drennan said. “I think it is the best indoor facility that we go to.”

Drennan finished fifth in the mile with a personal best time of 5 minutes and 5.46 seconds and said she will hopefully do better at the next invitational. Drennan will run the mile in the distance medley relay.

Junior hurdles runner James Bowie said he is getting closer to meeting the provisional time in the 60 hurdles. If his times qualifies for the 400-meter dash he will participate in the 4×400.

“I have not qualified to the nationals at all and that is a dream of mine, a goal I want to accomplish,” Bowie said.

The Bisons and Lady Bisons had two weeks off before going back to Pittsburg State and, according to Guymon, the team has trained hard in those two weeks for what is probably the last indoor competition before the outdoor season begins.

The track and field outdoor competitions begin on Friday March 16 at 10 a.m., at the Rhodes Invitational in Memphis, Tennessee.

Coaches Stress the Importance of a Positive Atmosphere for the Players