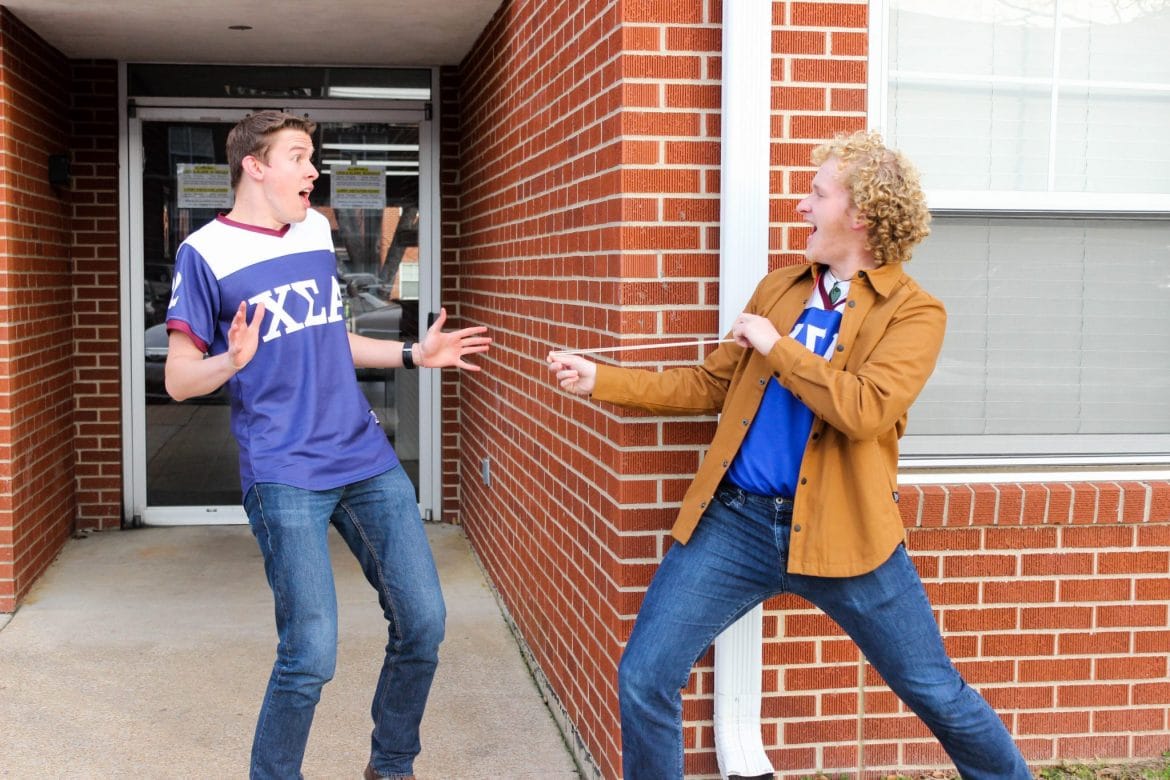 On Feb. 1 at 12 a.m., Chi Sigs began their annual game of Assassins. Nearly 100 members and queens of the club will spend the remainder of the spring semester hunting down their club brothers in hopes of “killing” them with the shot of a rubber band.

“This is my first year playing Assassins, so the intensity of this whole experience definitely caught me off guard,” junior Chi Sigs queen Mallory Harrison said. “I was walking out of the Reynolds behind one of the guys playing, and when he realized I was behind him, he literally sprinted out the door and down the sidewalk.”

The game is coordinated by “the Godfather,” typically the winner of the previous year’s game. The Godfather is responsible for assigning targets, keeping track of kills and judging the legitimacy of contested kills.

Junior Bowman Johnson is this year’s Godfather. In a break from tradition, Johnson took on the position after the winners of last year’s game declined the role. Johnson has participated in Assassins the past two years and said the game is a valuable way of bringing the club together in the busyness of the spring semester.

“The second semester is usually tougher and more stressful, so Assassins is a break,” Johnson said. “You’re like, ‘I’ve done work, now I can go find the person I need to kill.’”

According to Johnson, Assassins can take several months to complete. The cafeteria, chapel, classes and places of work serve as safe zones where no kills can occur. Through February, a “witness rule” is in place, meaning that if two or more people witness a kill, it’s void. After March 1, however, the witness rule is taken out of play. Players rely on one another to survive.

“We build alliances with each other, so you have to trust that the people in your alliance won’t give you away,” Johnson said.

Last year’s Godfather and current Chi Sigma Alpha president, senior Matthew Sorrell, asked Johnson to serve as his successor this year. Sorrell won in 2016 by strategically staying in safe zones and building alliances as often as he could.

“I lasted a total of 52 days,” Sorrell said. “Basically, if you’re not in class, chapel or work, you can be killed at any time. That’s why I remember how many days it was, because I was counting down the days until it was over.”

Though he enjoyed his time as the Godfather, Sorrell said he is glad to return to the game as a participant this year. For more information about Assassins, contact a member of Chi Sigma Alpha. They can likely be found camping out in safe zones or hunting their friends.