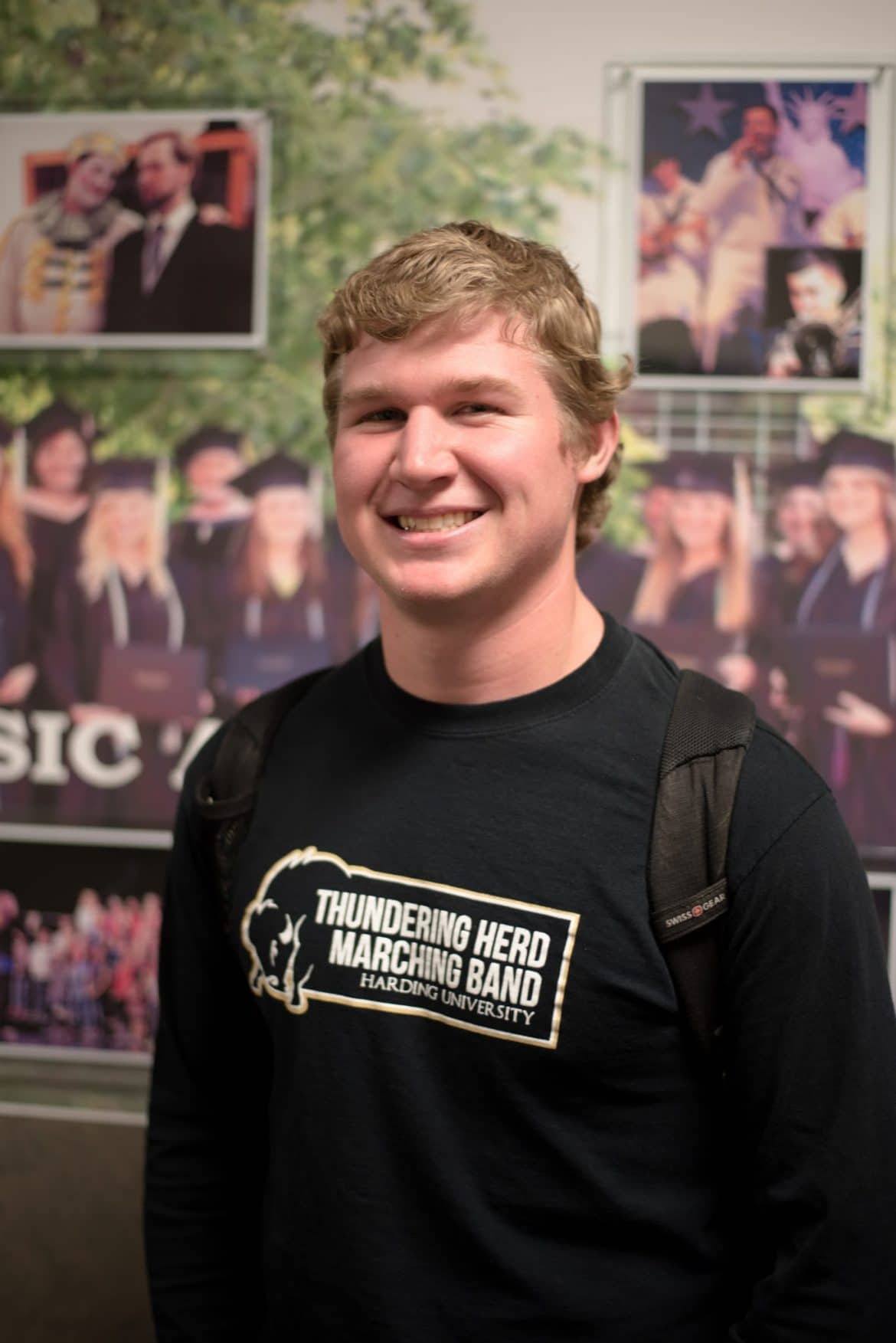 Freshman Caleb Henry, a trumpet player for the Thundering Herd marching band, will be playing in the world-class Cavaliers Drum and Bugles Corps this summer.

Henry said he decided he wanted to audition during his sophomore of high school. He practiced for three years, recieved the audition packet in September and had his first audition in November. Henry earned his spot in the corps during callbacks in early January.

“We were in the middle of practice and the brass captain started calling out names of some people who played last summer,” Henry said. “He called my name with them and I put my horn down and walked in the room with them, and they told us we were contracted.”

Henry will attend a weekend camp in Rosemont, Illinois, once per month leading up to their full-time practices in May.

“We will practice for about 13 hours a day,” Henry said. “Then in June we start touring and will do 35 shows.”

The shows consist of competitions with around 10 other corps.

“In the first show, they’ll give us a baseline score,” Henry said. “Each show after, we will try to improve the score from the one before.”

To end the tour, the last shows will be the most competitive, with the world-class corps who have the highest scores.

According to Drum Corps International, there are more than 8,000 students who audition each year for fewer than 3,500 available positions in the top-tier drum corps, one being the Cavaliers.

Dr. Wesley Parker, director of athletic bands and percussion said Henry knows how to perform at the highest level, both in Harding and outside.
“Most of all, it is evident that he has a passion for music,” Parker said “That passion is contagious to those around him.”

Senior Devin Daniel, leader of the trumpet section in the Thundering Herd, said he encouraged Henry at the beginning of the school year to be a part of the marching band.

“Caleb was devoted and a killer player,” Daniel said. “He had the talent, and I told him we needed him.”

“I feel more relaxed with him because of the way he plays,” Daniel said. “His love for being in marching band is clear, so it’s no wonder he made it in the Cavaliers.”

Henry will travel the U.S. with the Cavaliers during the summer, with one day off during weeks with shows.

“It is tough being on the road and competing all summer,” Parker said. “As an HU band family, we will be praying for his mental, physical and spiritual strength throughout the summer.”

Along with touring this summer, Henry says he hopes to play with the Cavaliers in the following summers.