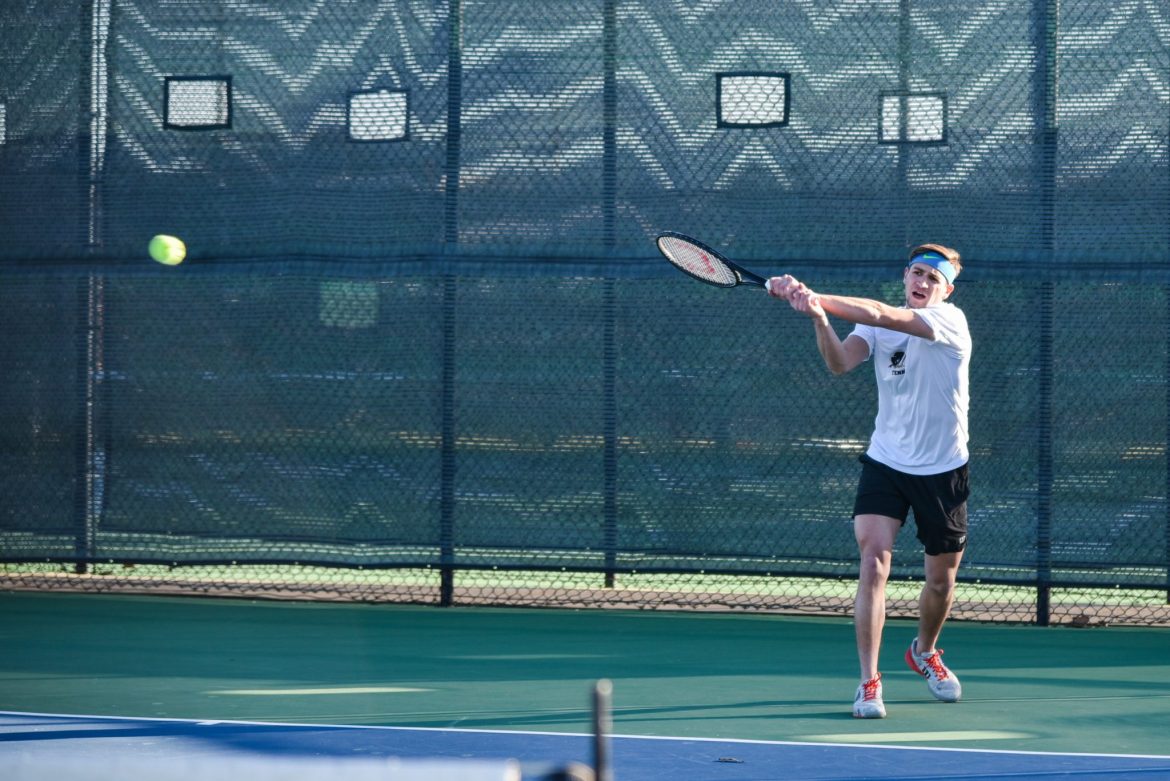 With any sport, a new season calls for new goals, challenges and successes. Harding’s tennis team will begin their 2018 season on Feb. 2. The men’s team will be playing Seward County Community College in the morning in Arkadelphia, and the women’s team will be traveling to Dallas to play against Dallas Baptist University at 9:30 a.m. and 2 p.m.

The men’s team is coming out of a season in which they finished 9-9 and are looking to improve. The Bisons held an impressive away record at 5-2 but went 1-2 at home and 3-5 at neutral sites. The team is comprised of two seniors, three sophomores and one freshman. They will start the season on the road and will not host a home game until March 17. One of the two seniors, Adria Abella, is looking forward to the new season and is ready to move on from the last.

“I have the feeling that this season is going to be different,” Abella said. “We have just six players, and I feel that all of us are on the same page. I will try to keep giving my best to the team and I think we can do better than last season.”

The women’s team is coming out of a 15-7 season. The Lady Bisons had an impressive away record of 7-2. They finished 3-2 at home and 5-2 at neutral sites. The team is comprised of eight players, including three seniors. Senior Laura Golubic is looking forward to leading her team to another winning record.

“I think our team set a high bar last season, and I especially had a really good record in doubles,” Golubic said. “I am hoping to live up to that this season as well.”

Head coach David Redding is entering his third year of coaching both the men’s and women’s tennis teams. Like any coach, Redding said he is looking forward to the season and understands the importance of creating the right culture.

“I want to create a culture of substance with my teams,” Redding said. “Everything we do should be to glorify God, from hitting tennis balls, to how we conduct ourselves in the classroom, to how we practice, to how we relate to each other and to our opponents and to how we act and live when no one else is watching.”

To encourage more students to attend their home matches, the teams are considering having a drawing for either half tuition or a “destination wedding”  for any student who comes out dressed as their favorite professional tennis player or favorite Harding personality.

Both teams are looking to improve from last season. The ultimate goal is to bring the Great American Conference (GAC) title back to Harding.

Conference play for both teams begin on March 28 against the Oklahoma Baptist University Bison in Shawnee, Oklahoma.

Q & A | Science and Spiritual Supplementation