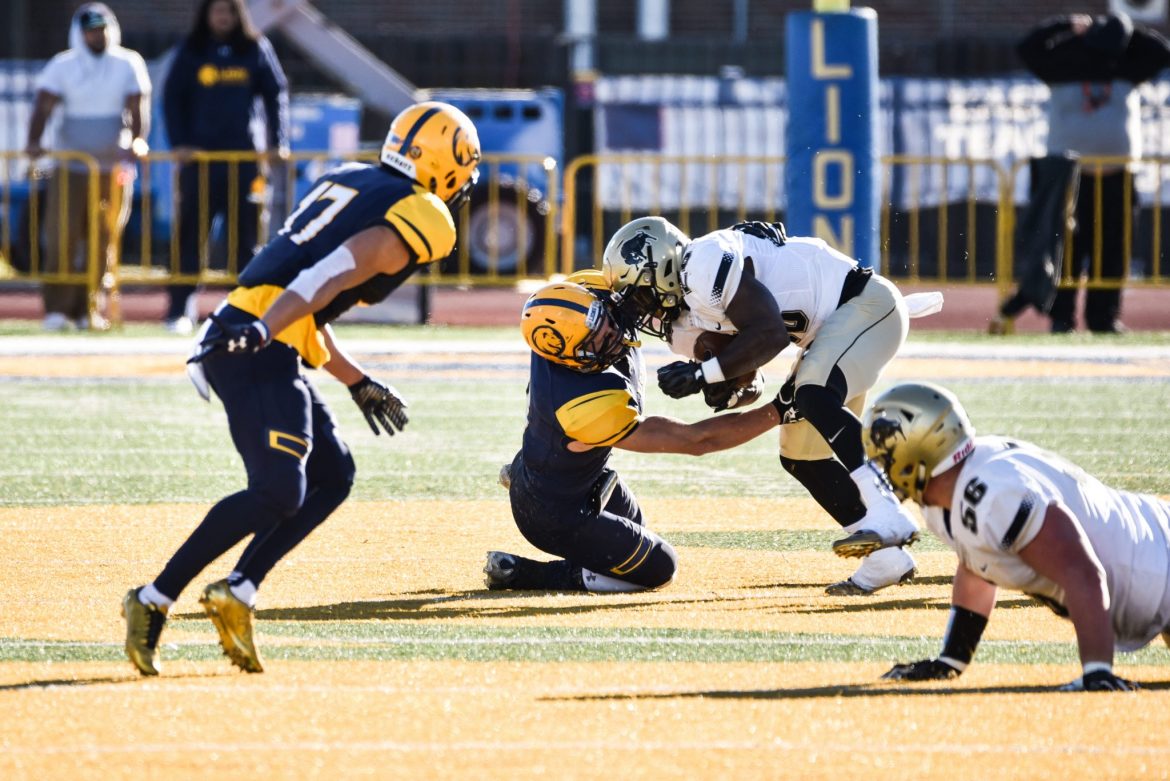 You can take the player out of the game, but you cannot take the concussion out of the player. According to NFL injury data, 244 concussions were reported for the 2016 season. Over the last decade, a so-called “concussion controversy,” as CNN reports, has prompted worry and a great deal of research.

Members of the Bisons football team deal with concussions every season. Caitlyn McMinn, recent graduate from Harding’s athletic training program, said that she encountered several concussed players while working with the Bisons.

“Football players are hitting their heads all of the time so it’s likely to happen,” McMinn said. “Severity can range from mild, where the athlete just has a slight headache, to something like them being knocked out. Luckily, our players, have only ever had headaches and sensitivity to light.”

A medical research study has shown a link between concussions and cognitive impairment. A study by the American Medical Association that began in 2008 concluded that 96 percent of retired NFL players had early-onset Alzheimer’s disease.

In 2013, a five-stage guideline for handling concussions was introduced by the NFL’s Head, Neck and Spine Committee to promote giving better care to potentially concussed players.

In some cases, there has been speculation that some teams have bypassed concussion protocol, wrongfully keeping a concussed player in the game, according to the NFL’s Head, Neck and Spine Committee.

In 2017, Vicis Inc. introduced the Zero1, a football helmet designed to decrease the risk of head injury. But in a statement made to CNN, the helmet’s creators expressed that the helmet alone cannot reduce the risk of concussion.

“Preventive measures are typically just making sure that the right tackling form is used, ensuring that helmets fit properly and being aware earlier of concussion symptoms appear after a hard hit or fall,” senior athletic training major Taylor Adam said.

In a statement made to CNN, the NFL’s chief health and medical adviser Dr. Betsy Nabel spoke to the player’s role in preventing concussions.