Home Sports Baseball Prepares to Take ‘Next Step’ Together

Baseball Prepares to Take ‘Next Step’ Together 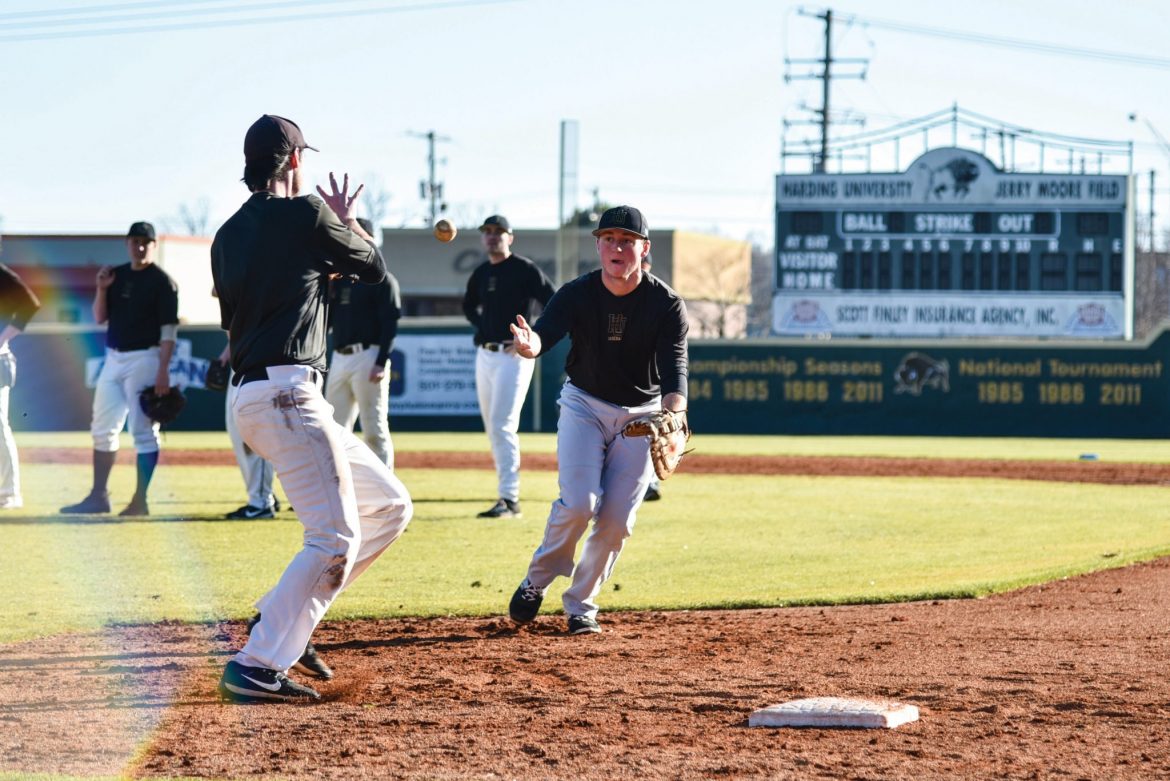 A year ago, The Bison released an article headlining Harding’s “youthful” baseball team and this season, the team is ready to show the growth that has occurred since last season.

“Last year, we had one senior. We started four freshmen and had a freshman in our starting pitching rotation. We were very, very young,” head coach Patrick McGaha said.

According to McGaha, last year’s lineup offered both challenges and opportunities. Younger members of the team who may not have as many opportunities to play in other circumstances were able to gain more experience on the field.

“You can do everything right in practice, but until you’ve been in the pressure of a game situation, you don’t know how you’re going to handle it,” McGaha said.

McGaha added that the older players on the team have created a dedicated environment that he believes will propel the team to success.

“We have 10 seniors this year,” McGaha said. “They’ve done an outstanding job on really developing the culture and hard-working mentality that we want here.”

During training, the baseball has team focused on fundamentals and the strength of their defense. McGaha said that the team is ready to show their opponents that they have matured and are strong contenders.

“I think we have a chance to take the next step as a team,” junior outfielder Ben Brauss said. “We’ve been on the doorstep. We’re ready to knock the door down this year.”

For Brauss, that next step is a conference championship. The Bisons have played in the Great American Conference tournament for the past five seasons, the longest stretch in Bison history.

“We’re trying to not look too far in the future and not dwell in the past, just to get better everyday,” Brauss said.

“We’re going to be ready to go, so we just hope that the fans show up,” Van Dover said.

The Bisons will play their first home game of the season on Feb. 3 at noon. Conference play begins on Feb. 16 against the Northwestern Oklahoma Rangers at home.