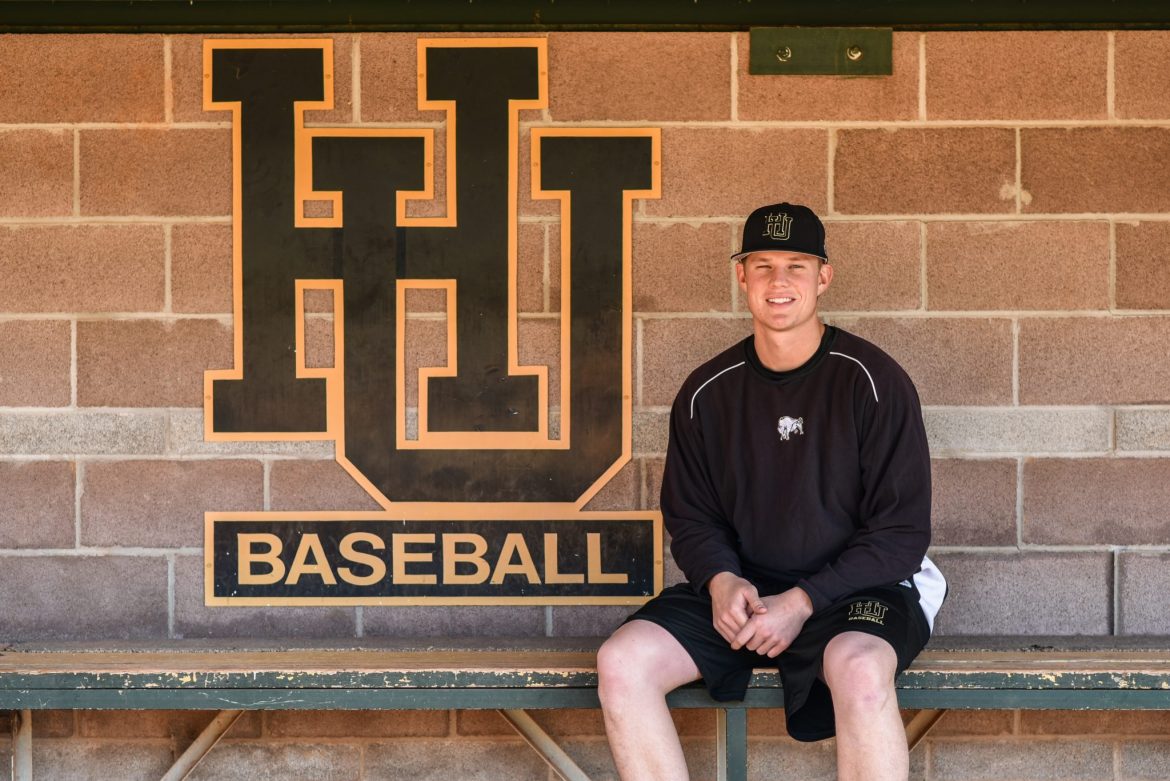 A Harding athlete will be trading in his basketball shoes for cleats this spring.

Graduate student Will Francis, former guard on the men’s basketball team during his first four years at Harding, will make his debut as an infielder for the University’s baseball team.

According to NCAA rules, athletes that have participated in four seasons of a sport are eligible to participate in a different sport for one additional season. According to Francis, pursuing baseball during his last year of eligibility just made sense.

“My fiancee has one more year of undergrad, so I thought I might as well stick around to get my master’s,” Francis said. “It kind of worked out really well that I was going to be here anyways, so I thought, ‘Why not have a little fun doing it?’’’

Before attending Harding, Francis was a student at Harding Academy where he played basketball, football and baseball. He chose to play basketball for Harding, but maintained friendships with members of the Harding baseball team as he pursued his undergraduate degree in kinesiology.

“I’ve had several classes with a lot of the guys, and I knew a couple of the guys before college,” Francis said. “That was a lot of the reason why I decided to play (baseball): the kind of guys that were on the team.”

According to men’s basketball head coach Jeff Morgan, Francis was an integral member of the team.

Morgan added that he was not surprised by Francis’ decision to play baseball. However, Francis is the first basketball player Morgan recalls using his final year of eligibility to play baseball.

“We had talked about him being a graduate assistant for us while he was finishing his master’s, but he would still have that urge to play,” Morgan said.

“He’s a great teammate,”  Thomas said. “He’s somebody that makes everybody better because he’s around.”

Francis credits assistant head baseball coach Andy Schatzley as a pivotal figure in his transition from basketball to baseball. Schatzley encouraged Francis to join the team and assisted him throughout the transition process. According to Schatzley, the team is excited about Francis not only because of his athletic ability, but also because of his character.

“It’s all kind of been uncharted waters, but it’s been really enjoyable because of his attitude and excitement towards it,” Schatzley said.

The baseball team will play their first game of the season Feb. 3 at noon at home. Conference play begins on Feb. 16 against the Northwestern Oklahoma  Rangers at home.