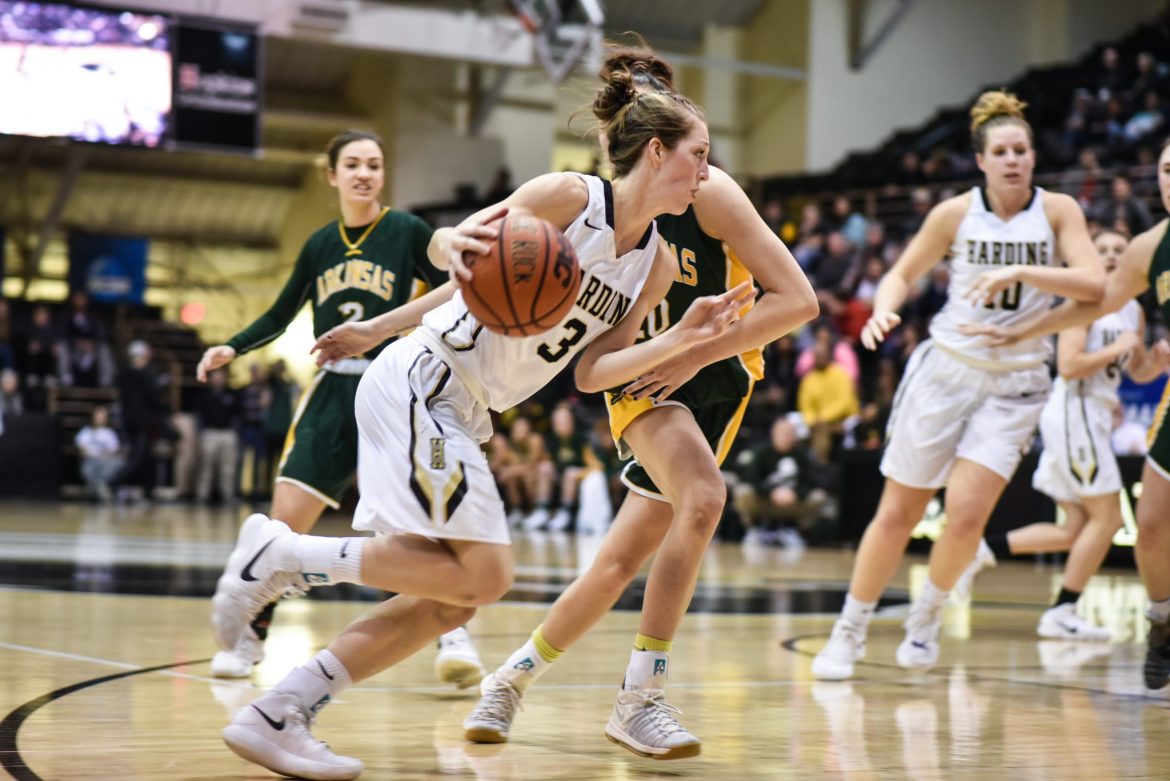 The Lady Bisons basketball team has faced adversity this season after a dominant 2016-2017 campaign, but know they have what it takes to turn it around. Head coach Tim Kirby is optimistic about the future of the team.

The Lady Bisons are young and the starting lineup shows it with three freshmen and one sophomore in the starting five. Kirby said that being young with a tough schedule has been challenging for his team.

“Obviously, there is some learning curve that goes on with new players,” Kirby said. “The other teams in our league are better than they have been, and our schedule has been really tough. We’ve played eight of our 14 games somewhere else. That’s a big challenge for our young players to play on the road, so that’s something that we have to continue to get better at.”

Senior forward Sydney Layrock has experienced the adjustment before and is trying to be a positive example to her younger teammates.

“Starting three freshmen is tough. They’re having to learn in a short amount of time,” Layrock said. “My goal is to keep being positive no matter what the circumstance may be. I’m trying to just be who I am, and I’m trying to be the leader they need me to be.”

Freshman guard Carissa Caples knows the adjustment is tough, but is trying to keep a positive mindset and work hard, on and off the court.

“It has been such a privilege to step up and play with this great group of girls,” Caples said. “I don’t think anyone expected our season to go this way, so once it did, we had to cling together nd we had to figure it out. The seniors have been very encouraging when times have been discouraging. They keep us going, and learning from their experiences has really helped.”

The Lady Bisons have 12 games remaining before the GAC tournament. Kirby said his team is doing all the right things but need to push harder for a late season run.

“We need to prepare better individually and practice harder,” Kirby said. “I think we’ve been successful because we do things a certain way, and it’s just a matter of getting over that line and getting some edge to us.”

With important games on the horizon, Caples said it means a lot to the team to see fans in the stands.

“It’s encouraging to have fans in general, but especially a full house,” Caples said. “The environment is so much better to play in. It’s very encouraging and it helps us to know that everyone is fighting with us.”

The Lady Bisons play their next game tomorrow against the University of  Arkansas Monticello at the Steelman Fieldhouse, and their next home game will be Thursday, Jan. 25, against East Central University at 5:30 p.m.

Indoor Football Facility to be Completed in 2018