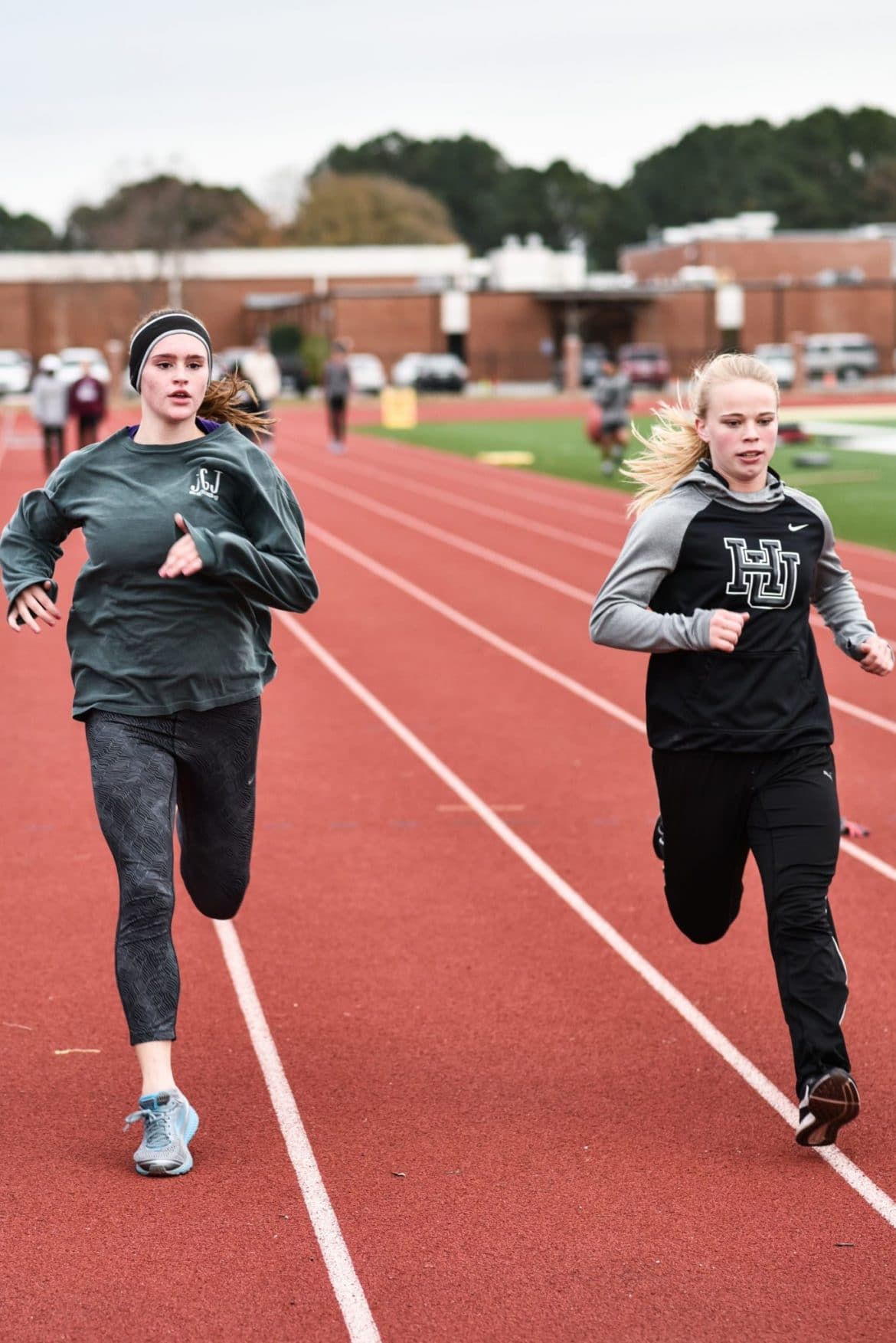 Junior Camden Barrett and freshman Baleigh Hudman have rituals that paid off this past Sunday at the A-State Kickoff Klassic at First National Bank Arena.

“My high school coach, who was one of the most influential and inspiring men I’ve ever met, told me that I needed to find something to do before every race, to bite the bullet,” Barrett said. “So one day I literally found a bullet in my dad’s closet, and now before every race I literally bite it. It’s a way I mentally and physically prep myself.”

Barrett won the mile in 4 minutes, 24.46 seconds, his first career event victory in the indoor mile and his second in any indoor event. He won the 800 meters at Pittsburg State University in January.

“I have to eat a Snickers bar before every meet,” Hudman said. “I don’t know why, but that is something I have been doing since junior high, so that’s what I do.”

“I kind of tried not to think about it and just do my best. I just wanted to treat this meet like any other meet,” Ness said. “I didn’t think I would break (the record). I really wanted it to happen, I just wasn’t sure if I actually would or not. My coach had said previously that I should be looking at it.”

Ness and Barrett both have a history of overcoming obstacles. Barrett had to recover from a stress fracture in his foot this summer, and Ness had to adjust to Harding as a transfer. Since then, they said things have been looking up.

“At first, I was dead-set against coming to Harding because my brother went here, and I just didn’t want to be in his shadow,” Ness said. “But after a semester at my last school, I realized that my faith wasn’t going to grow there. So I started looking more into Harding during that time.”

No matter the classification or the path they’ve taken to get here, Hudman said the team truly is like a family.

“I love the team, and they are all so encouraging,” Hudman said. “When I beat the record, everyone was just so happy for me, and that felt really nice. They really do feel like a family, and I haven’t even been with them but for three months.”

Whether it is pre meet rituals or encouraging one another, Harding’s track teams are excited for the upcoming season and all that is has to offer, Barrett said.

“The mile is definitely my favorite thing to run,” Barrett said. “The mile just means a lot to me. As far as team goals go, I would like for our team to go to nationals. Track is very individual, but for a relay to go to nationals would be really cool.”

This meet was Harding’s only track meet in the fall semester and the indoor season will continue after Christmas break. Both teams will compete at the Emory Crossplex Invitational Sunday, Jan. 21 at 10 a.m. in Atlanta, Georgia.