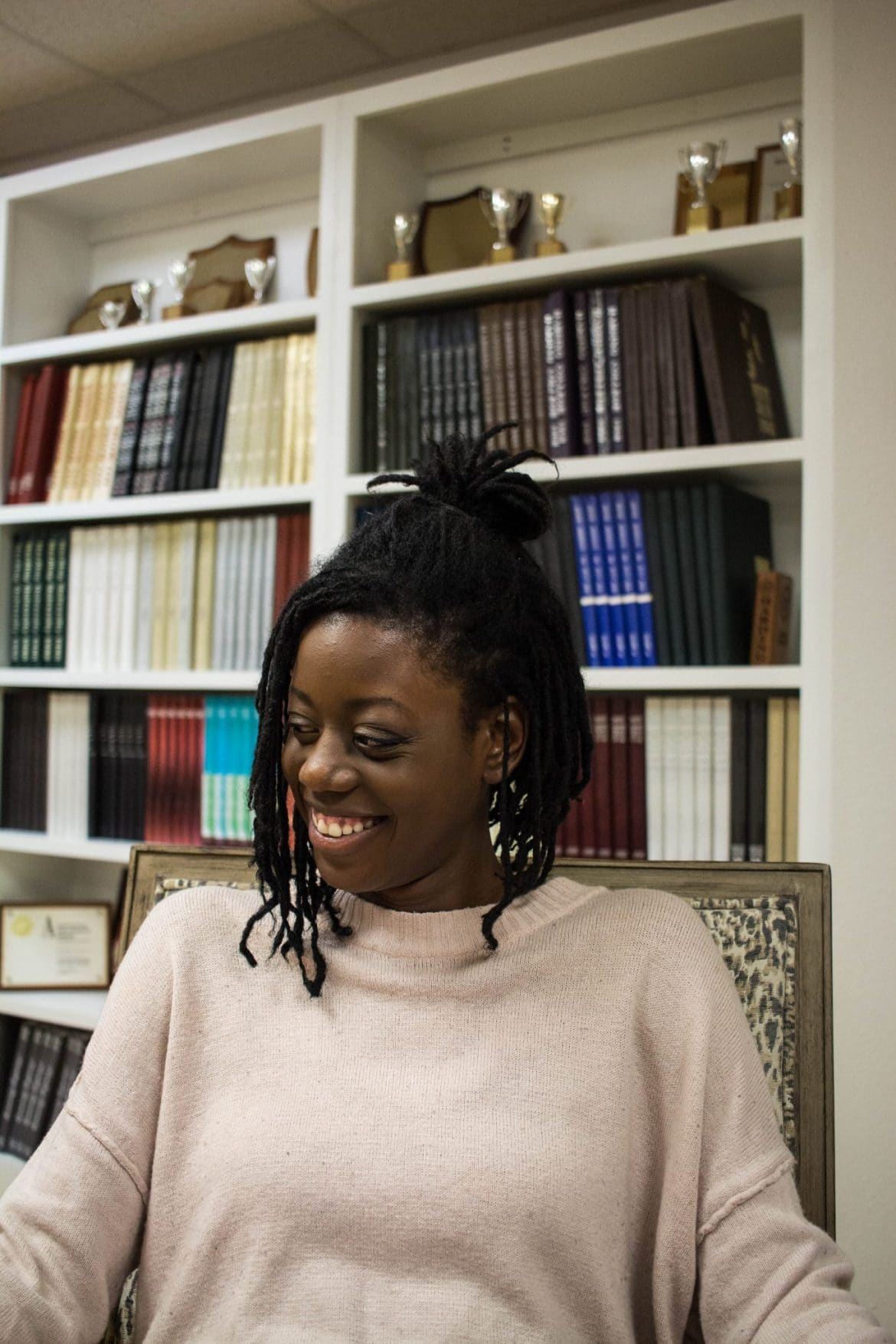 Senior Raneisha Stassin, does not consider her story an individual’s success but rather a community effort to overcome adversity.

Raneisha grew up with an absentee father and incarcerated mother. She was raised by her grandmother, along with her younger sister. When Raneisha was 8 years old, her older sister was murdered and her mother was released from prison. When released, her mother moved in with the family and became physically and verbally abusive to her children, Raneisha said.

When she was 16, Raneisha was sent to the emergency room with severe intestinal problems. The doctors discovered her appendix had ruptured.

“I went to the ER and the doctors waited five months before they removed my appendix,” Raneisha said. “In the meantime I was hospitalized, and I almost died. Since then I have had issues with my digestive system and I am always sick.”

During her senior year of high school, two years after her appendix had ruptured, she was suffering severe stomach pains at school sending her to the school nurse. The nurse called her mother to come and pick her up.

“When my mom got to the school she told me I had just ate too much, but I was still sick,” Raneisha Stassin said.

Regardless of Raneisha’s illness, her mother stopped the vehicle outside the school and physically abused her daughter. She called her names, degraded her and demanded she never come home “or else.” This was the first time her mother physically attacked her in public, Raneisha said, and she decided to return to the school. The school counselor and campus police officers instructed Raneisha to file a police report against her mother.

Her fellow senior class was counting down the days until graduation, anticipating freedom and waiting to experience their own road ahead. Meanwhile, Raneisha was wondering where she would go and who she could rely on.

She said had a friend at school who was in a foster care system with a loving family from the community. The family let Raneisha stay with them as she finished her final weeks of high school. The family helped her plan everything for graduation and her plans following.

“The family who helped me meant a lot to me,” Raneisha said. “They were the only people to reach out and help me at that time, they never got to know how much they impacted me.”

The foster family was a start of many people who helped her overcome her past situations. The faculty, her husband and the friends she has made at Harding have been stewards of help to learning forgiveness and achieving success.

Raneisha shared her success story at the TedX HardingU event about rising from an abusive home and making a new paved path for herself, her career and also her family. Her speech was titled, “ A Little Help.”

“Even the best and brightest people need help,” Raneisha said. “Even the people we don’t think need help, do. And the people we look up to, those people had other people who helped them get to where they are.”

Raneisha said there are people who do not realize the help they have provided to get her to where she is today. Her husband, Michael Stassin, is one of those people to whom she attributes her success.

“When we had our child she made a promise to herself that she will do everything she can to give our son what she never had. It has been a tough road but her mindset only grows bigger and stronger,” Michael Stassin said.

After her graduation this December, Raneisha plans to begin her public relations career with Dynamo PR in San Francisco, California. She is the first to graduate college in her immediate family.

Raneisha said she is working on forgiveness and coming to terms with her own story. She finds it important for children to know their parent’s life stories so mistakes are not repeated.