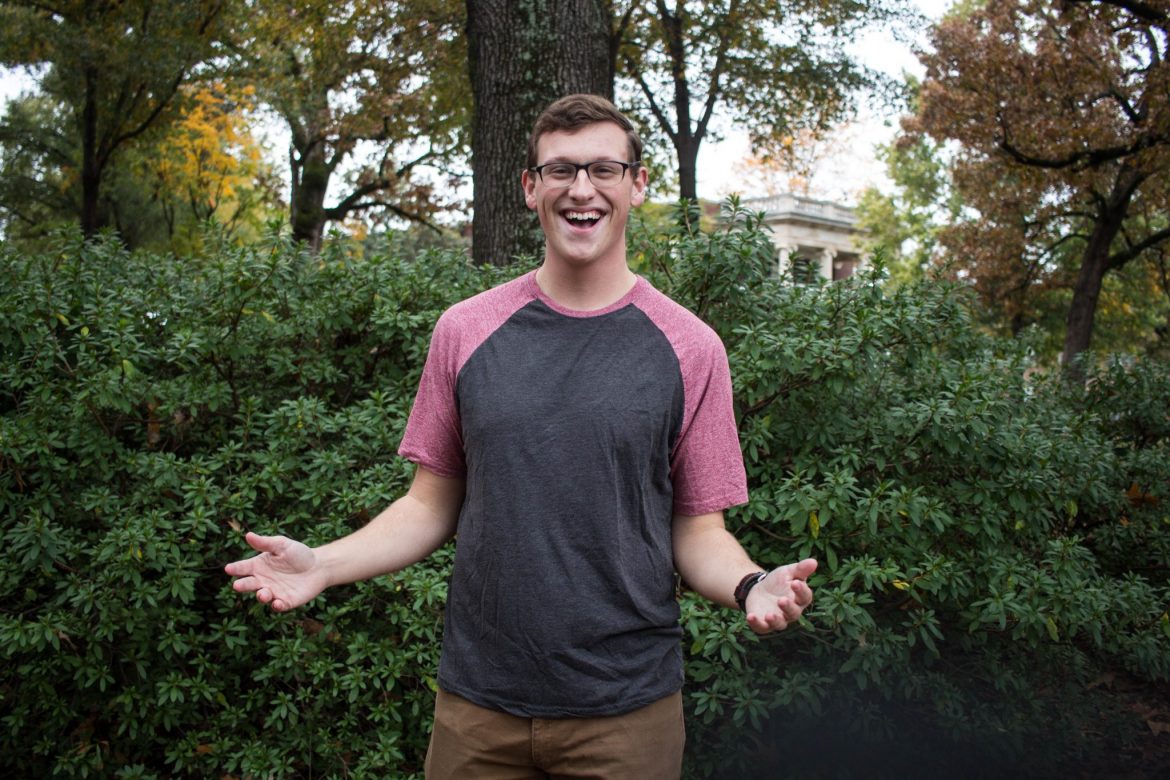 Junior Wesley Bryant was recently cast in a new online streaming reality series, “Sequester.” Bryant is a published author and a public relations major at Harding.

Bryant Originally applied for a short online stream version and made it to the semi-finals before receiving an opportunity to be a part of the reality, live-action production of “Sequester.”

He applied during the summer 2017 through an online questionnaire. The producers were interested in him, and organized a Skype interview.

“I made sure to distinctly seek out the true super fans of reality TV, this is who the experience is for,” executive producer Audrey Middleton said. “Passion is what makes the gameplay amazing and we weren’t short of any of it.”

Bryant received a call back, and the producers then gave him the opportunity to be cast in the reality show.

Keeping his priorities aligned, Bryant had a calendar marked with the days he could not leave, and “Luckily enough, the showtime landed exactly on the weekend I was free.”

Bryant participated in the filming of the show on Oct. 19-23. He worked alongside 22 others and played strategic games inside a mansion for four days straight.

Bryant said the cast was made up of extroverted people trying to accomplish tasks and everyone wanted to win the cash prize at the end.

“Every single person you see in this cast is incredibly unique from each other,” Audrey Middleton said. “There wasn’t an ounce of hesitation picking any of them.”

“There was a lot of anxiety and paranoia throughout the process,” Bryant said. “I felt nervous knowing that many people would eventually be watching my every move.”

Anything said or done during the days in the mansion could be recorded and used for any episode in the season.

“Between the challenges and living with those people, it was one of the best experiences of my life,” Bryant said. “I made amazing friendships that will last a lifetime.”

“Throughout the show, I always felt like I could trust Wesley,” cast member Nick DeLisi said. “We played polar-opposite games, but the respect was always there.”

“Wesley is a very unique character,” cast member Dana Kippel said. “Everyone liked him, he played a smart game and kept people laughing.”

This opportunity has given Bryant many networking connections and he hopes that this reality show will pave the way for his future endeavors.

Tis the Season for Lighting Ceremonies