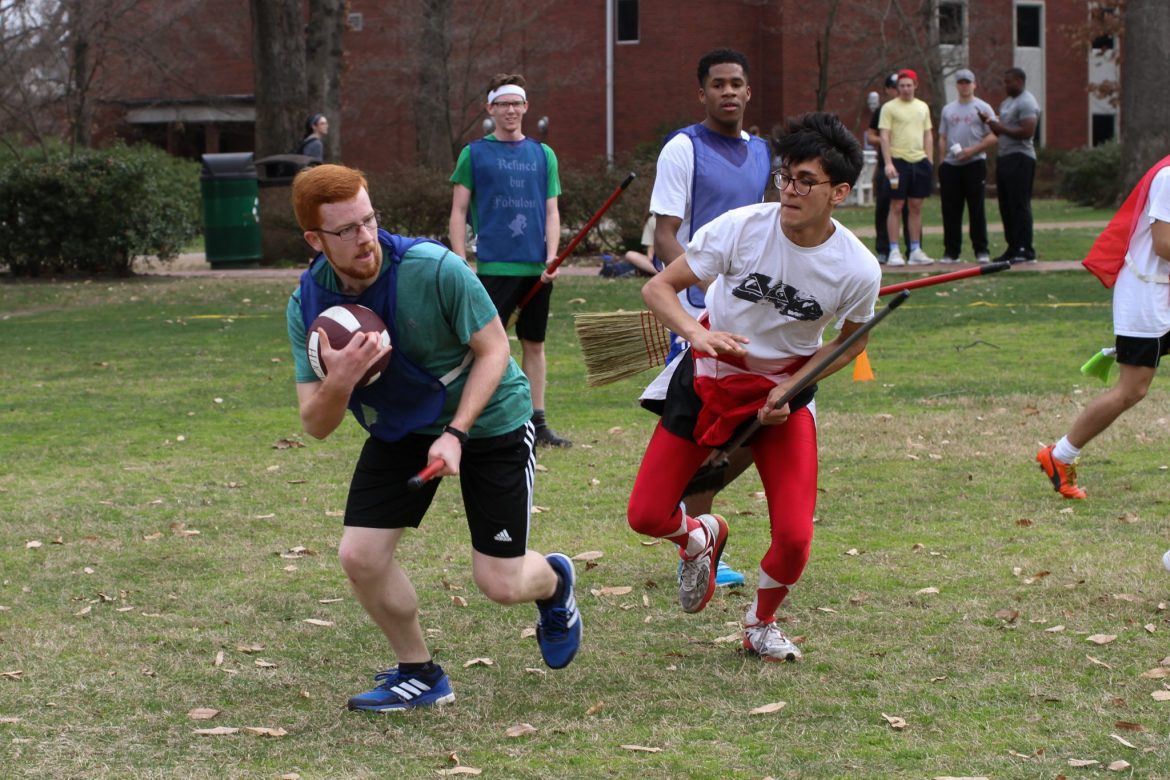 The Public Relations Organization (PRO), is hosting its second Quidditch tournament fundraiser tomorrow on the Front Lawn from noon to 5 p.m.

PRO is an academic organization within the Department of Communication that allows students to participate in projects and trips in order to gain experience and knowledge about their future fields.

Junior Kendall Carwile, president of PRO, helped with last spring’s event and expects this semester’s to be even better.

“It was pretty hot when we did it last year,” Carwile said. “So this year I’m hoping that it’s cooler and makes it more like the Quidditch from the movies where everybody is all bundled up and drinking hot drinks.” “We’re able to communicate with teachers, organize and plan this event, and get organizations and clubs to come together,” Yates said. “It’s a lot better than doing some internal fundraiser, doing something that is campus-wide.”

Junior Parker Samuel, PRO public relations director, puts the teams into the tournament bracket and prepares them for playing the game. He said the timing of the tournament after club week will influence the development of club teams.

“I think that it would be awesome if new members of social clubs could sign up,” Samuel said. “Last year, there were several club teams. Generally, they did really well because they already knew each other, so they can work together as a team.”

While those who want to play must sign up, anyone is welcome to watch, buy concessions and cheer for their peers. The cost is $5 per person, and students can form their own teams or sign up as individuals, and be assigned a team. “You do not have to be sporty to play Quidditch,” Carwile said. “Quidditch is a time to have fun with some of your best friends. It’s not a time to be serious and get all crazy and competitive. You can be competitive, and you can want to win. But it’s mostly about having fun and getting to experience a little bit of magic in your everyday life.”

The money raised on Saturday will benefit PRO by funding their annual spring trip to meet professionals in communications. The organization is considering visiting Dallas this upcoming spring.