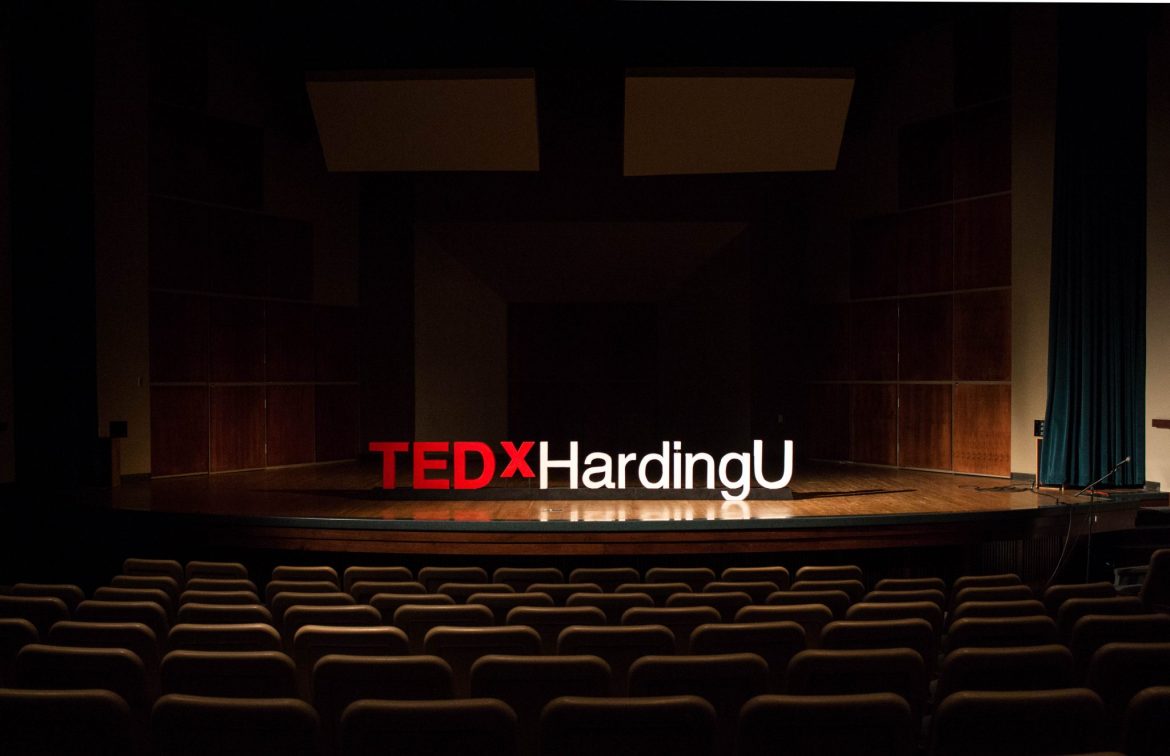 Dean of the Honors College Mike James wanted Harding to host a TED Talk event after assigning a similar project for students in his Honors 205 class.

“At the end of the term, I wanted students to present their ideas in a TED Talk fashion,” James said. “They were going to be individuals talking for 18 minutes or less. Then it spurred my thinking, why not a TEDxHarding?”

After completing the application process in February and forming a committee in April, the event was planned for November. James then began the process of selecting speakers.

President of the American Studies Institute senior Brittany Smyser had the opportunity to volunteer with the event organizers, and emphasized her excitement.

“I believe this will be a great event for Harding. My hope is that it will be eye-opening and that it will encourage students to think outside the box,” Smyser said. “TED Talks are all about novel ideas, and I think this event will inspire attendees to continuously look for opportunities to expand their knowledge and worldview.”

English professor and committee member Dr. Heath Carpenter is excited about what this event is going to bring to Harding.

“I personally love (TED Talks), they are such an easily assessable wisdom on a broad scale,” Carpenter said. “They feature so many different topics from some of the world’s greatest thinkers. I think we do a good job of this, but this is going to be even better for us to be able to have these interesting, out-of-the-box, in-depth public conversations.”

Both James and Carpenter are excited about the scheduled speakers.

According to James, the speakers will represent a number of backgrounds and perspectives.

“We wanted equal representation,” James said. “We wanted male and female, young and old — we wanted a lot of demographics.”

Smyser echoed James’ statements, mentioning that she looks forward to the array of ideas the scheduled speakers will bring to the event.

“I’m looking forward to the great variety of speakers we will hear,” Smyser said. “I love hearing new perspectives from people with different experiences than me and I know this will be a great opportunity to do just that.”

With only 220 tickets available, students had the opportunity to apply for a ticket through Nov. 7, with the final selection announced on Nov. 9.  The event will be held from 6:30-10 p.m. in the Reynolds Recital Hall on Tuesday, Nov. 14. The talks will be posted online at thelink.harding.edu after the event.