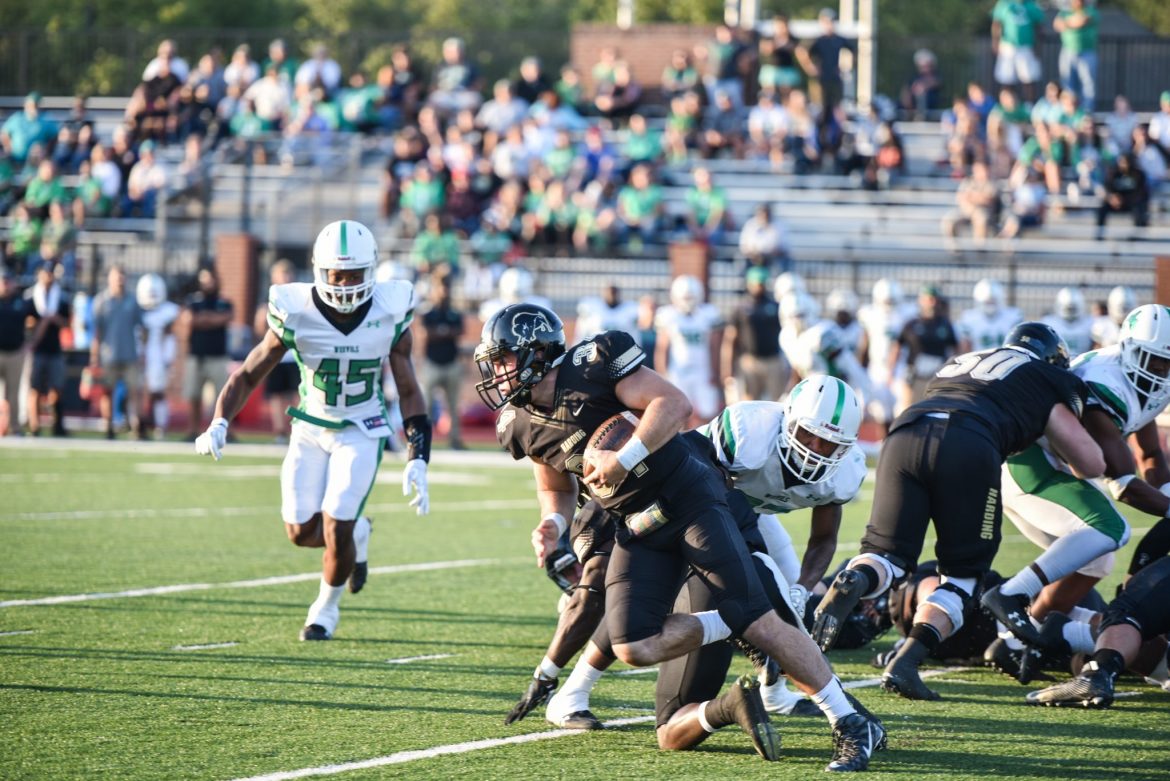 Bison Football earlier in the 2017 season. Photo by Sterling McMichael

Students, parents and alumni gathered at First Security Stadium on Saturday, Oct. 21,  to watch the Bisons’ Homecoming football game against the Southwestern Oklahoma University Bulldogs(SWOSU). The Bisons earned their second consecutive shut-out against the Bulldogs with a final score of 42-0.

The Bisons made an interesting start to the game with two safeties in a row, making the score an odd four points, a first in Harding history. However, the odd score did not last long after junior defensive back Dra Smith returned a fumble for a 96-yard touchdown giving Smith the second longest fumble return in school history.

In the second half, redshirt freshman running back, Tristan Tucker scored with a 2-yard rush, and a minute before halftime, Junior Quarterback Terrence Dingle scored by keeping the ball and running up field. According to Dingle, he plays to show past Bison players that his team is keeping the brotherhood going.

“Homecoming gives us a chance to see old Bison players we haven’t seen in a while,” Dingle said. “Because of that, we want to impress them and let them know that the brotherhood is strong.”

After halftime, the Bisons scored 17 more points. One touchdown scored by junior defensive back, Brandon Brice was a 99-yard interception return, leaving Brice in second place for the longest interception return in school history. With the returns by Brice and Smith, this was the Bisons’ their first game with two 90-plus yard touchdowns within the same game.

According to junior running back, Brandon Gates, the Homecoming game had a different vibe than the rest of the season.

“Usually, there is a larger sense that you are playing more for the culture of Harding football, rather than just to beat another team on the schedule,” Gates said. “Bison football is more about the brotherhood, and homecoming gives the brotherhood – past present and future – a chance to be together, and it is a special feeling.”

On Saturday, Nov. 4, the Bisons will play the East Central University Tigers for Senior night at First Security Stadium. If the Bisons win, they will move to a 7-3 record and tie for second place in the Great American Conference.

Technology in the Classroom