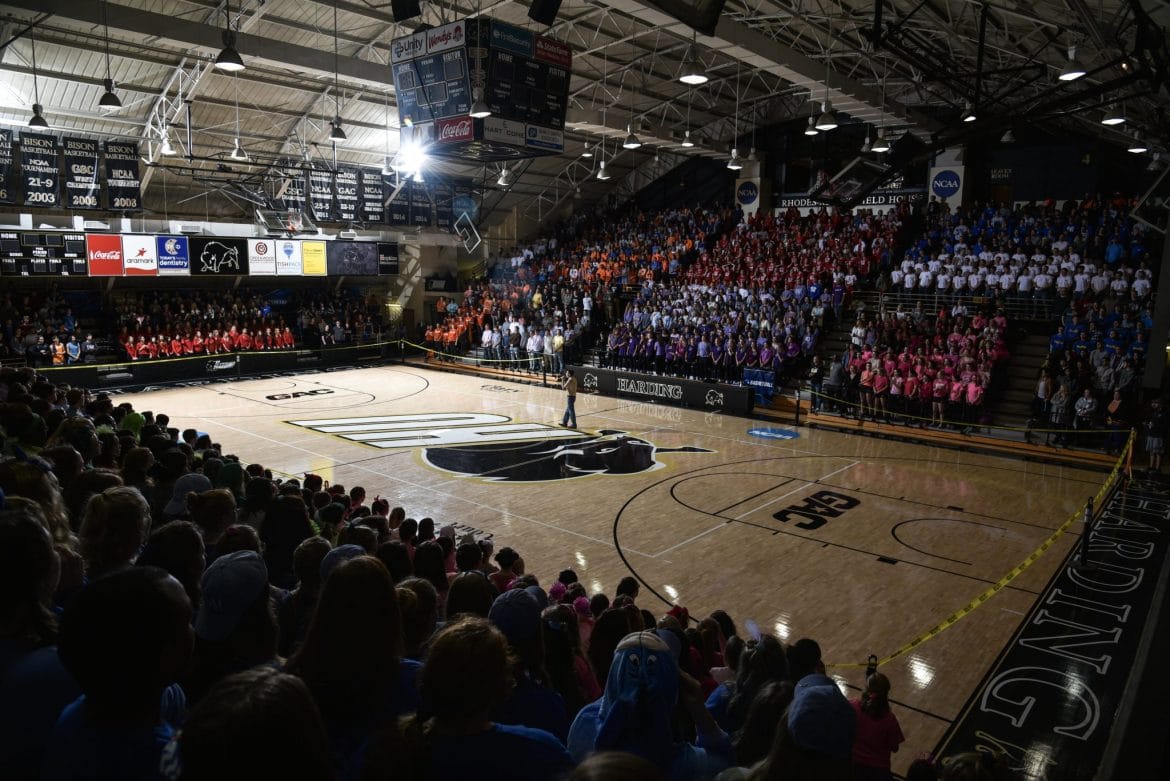 “(We visited for) the new member orientation process that we are transitioning to,” Herrington said. “We were kind of looking at our sister schools for what they do, what their processes are, meeting some students, sponsors and, of course, administration.”

Herrington and Jennings visited to gain new ideas to reform the ACU social club induction process to revolve more about the induction of the new members.

Harding currently has 29 social clubs, ranging from approximately 15 members to more than 100. Current social clubs date as far back as 1926, the formation of women’s social club Ju Go Ju.

OBU has social club induction in the spring semester. Senior Cassidy Colbert, member of women’s social club Ju Go Ju, transferred from OBU in 2015, where she was a member of another social club.

“My (OBU) club’s pledge week was considered ‘tough’ but really it was just embarrassing and silly,” Colbert said. “We all had pledge names that now the things we did were so, so funny.”

Colbert said the whole social club process was two weeks, with one week including receptions and the second being induction week. She said she preferred the OBU process because it was quicker and smoother, though hazing rules were not as strict as they are at Harding.

“Having (inductions) in the spring allowed me to really know what I wanted because I knew who the girls really were before the recruiting process,” Colbert said.

Massey said the clubs were co-ed and were able to enforce club week rules during the day.

“We never had events with other clubs, we just spent all our time with just our club,” Massey said. “For functions, we never brought people from other clubs since it was co-ed.”

Neither OVU nor ACU hosted an all club devotional during induction week. Herrington said Harding’s All-Club devotional was one event that was the most memorable to him in terms of the social club process.