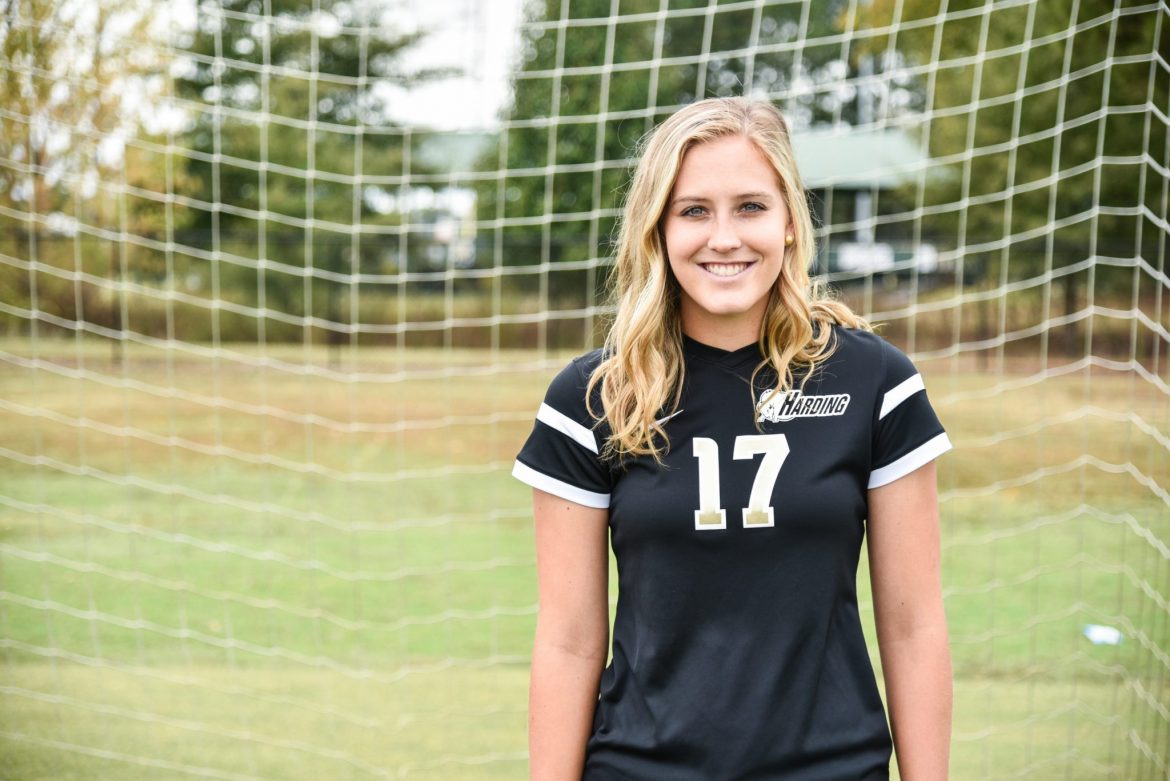 She once thought she would never be good enough to play in college. Four years later, Carley Stevens is a senior forward on the women’s soccer team.

Growing up, both her brothers played soccer before her. So, Stevens also picked up the game and has continued playing for 17 years. Stevens has a family history rooted in Harding, with both of her brothers playing soccer as well.

“My junior year of high school I came up for soccer camp at Harding,” Stevens said. “My brother was playing at the time so I came up to watch one of his games, but then the coach said I should come to the camp.”

Stevens said she had always planned to come to Harding, even before soccer came into the picture.

“My first practice back after injuring my knee (in high school) was at camp and that’s when coach (Greg) Harris told me I should come to Harding to play,” Stevens said. “I never thought I was good enough to play, so I just never considered it.”

“When someone sees something as negative, she takes it and makes it positive, so everyone is accommodated for,” Springborn said. “You can always count on her to be there for you.”

This year the team has experienced many injuries, so those who have remained healthy have had to step up. Coach Greg Harris says this is just what Stevens has done.

“We’ve been hurt with injuries this year, and she’s been able to be a constant this season, being able to be moved around a lot too,” Harris said. “She is very versatile and gives us what we need, and she’s done so without hesitation.”

In addition to being a key player on the field and sideline to her teammates, Stevens also helps them with schoolwork outside of practice.

“In times past, she has been a two-time All-Conference player and is an academic leader off the field,” Harris said. “Her contribution is her ability to get things done, even in season. Off the field, there’s a confidence in her. With academics, it just comes to Carley naturally, and she’s willing to give help.”

Being a significant team player on and off the field, Harding women’s soccer would look different today if Stevens had not chosen to play. Harris said he’s glad she gained the confidence to do it.

“I don’t know how much confidence she had in herself when she first got here,” Harris said. “Her transformation between high school and the things she’s accomplished here has been remarkable. Not only her ability to be here, but to be good. She’s been a major part of the team, and we couldn’t have won those conference titles without her.”

Stevens plans on graduating in May with an accounting major followed by an internship in the summer. After that, her plans include coming back to Harding to be a graduate assistant for the soccer team.

The Gram Slam | A Sense of Camaraderie