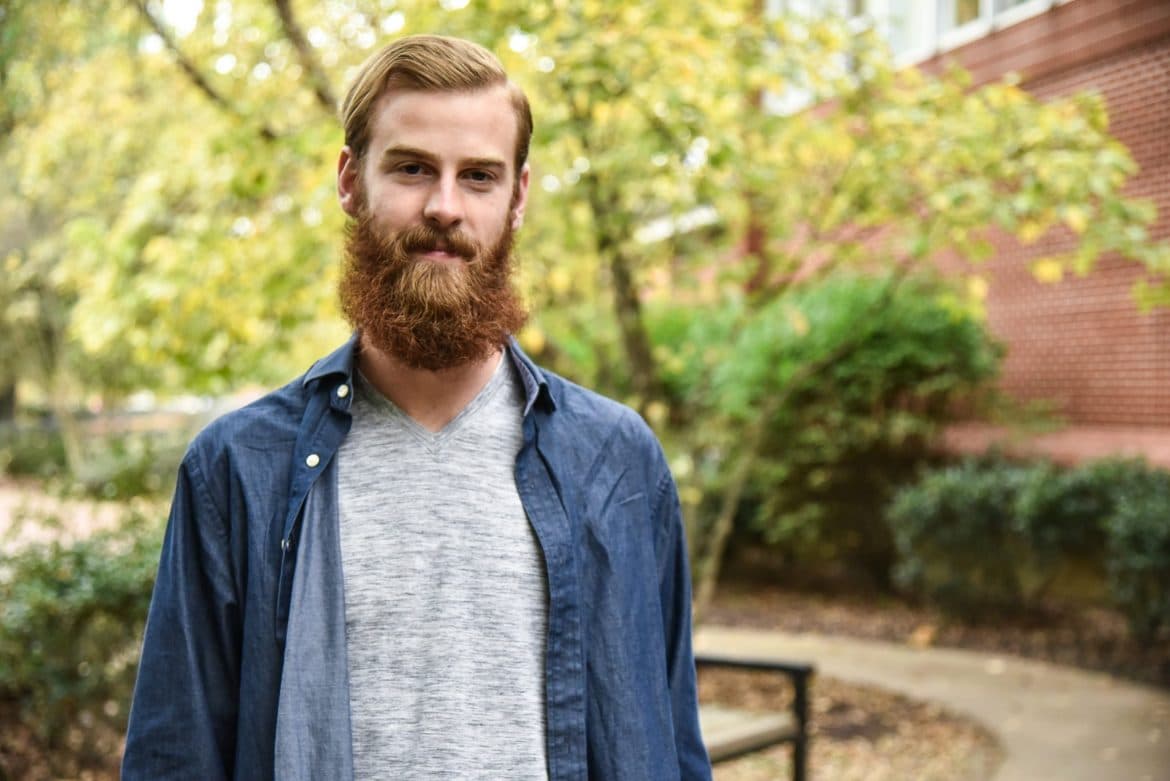 Senior Lawson Belcher is preparing to compete in the NCAA Regional Championship cross country race in Kearney, Nebraska, tomorrow as one of Harding’s top two runners. Had he not sent an email four years ago; however, Belcher would not be in the position he is in today.

Belcher, a graphic design major, grew up in Keller, Texas, and ran cross country at Keller High School to be like his older brother.

“When my brother reached middle school and could play a sport, he chose cross country and I wanted to follow his footsteps,” Belcher said. “I tried to do basketball for one season, and it became evident that it was not something I should follow, so I stuck with running. I ran with a bunch of talented guys in high school and was inspired by them.”

Belcher said he ranked fourth or fifth on his cross country team during his senior year. He was not recruited by any schools to run in college, so he decided to branch out and contact the school his brother went to.

“My brother went here, so that put Harding on my radar,” Belcher said. “I emailed head coach Steve Guymon and told him that I’d like to walk on and run if I could. I was looking at other schools but Harding ended up giving me the opportunity to run, so it was an easy choice for me.”

Guymon said that Belcher earned his spot on the team but has brought a lot more than just running to the roster.

“He’s a quiet leader,” Guymon said. “He doesn’t say much in our meetings, but when he does, people listen because they know it’s important. He’ll get on to people but with a positive attitude. I don’t know if he can be negative.”

Belcher said he did not excel during his freshman and sophomore years in college. Fast forward to senior year, and Belcher has four Top 10 finishes to his name and two All-GAC First Team awards. Belcher said that last summer played a big role in his success.

“Being a senior, my mindset was that it was time to chase my dreams and see what would happen,” Belcher said. “Cross country is a fun sport but also fair. Whatever you put into it, that is what you’re going to get out. It’s more about the fact that I trained every day in the summer and that is why I’m succeeding now.”

Junior teammate Josiah Baker said that Belcher’s teammates will remember him for how hard he has worked and his consistency throughout the years.

“Lawson has put in so much work and it’s clearly paid off,” Baker said. “I think people will remember how consistently he races. There’s a lot of really good runners that have bad races every now and then, but Lawson is consistent. Everything is there for him.”

After graduation, Belcher, plans to work with Georgia Pacific in Atlanta, Georgia, to create packaging design. He said he may put away his running shoes for a little while and focus on work and painting, a hobby he picked up during high school.

“I had a really good teacher in high school that brought in paints that the school wouldn’t have been able to afford,” Belcher said. “I liked the way she taught, and she built a lot of interest for me in painting. Any chance I’ve had to paint while at Harding has been very enjoyable.”

Belcher hopes to finish well in regionals tomorrow so he can reach his biggest goal — qualifying for nationals. The national championship race will take place on Saturday, Nov. 18 at 9 a.m. in Evansville, Indiana.

Technology in the Classroom