Overcoming Injuries for the Final Games 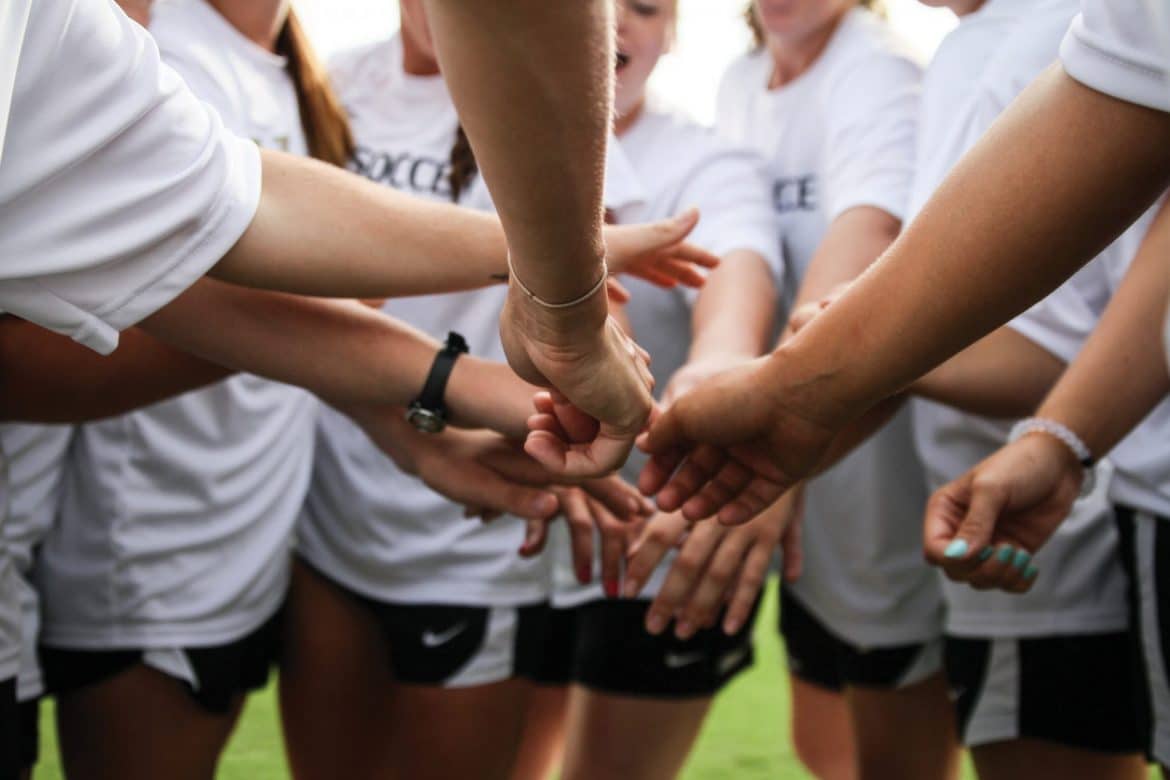 Head coach Greg Harris has coached the Lady Bisons soccer team for 17 seasons. He compared this season to a roller coaster ride, saying there have been many highs and lows, but the journey has been rewarding.

“Right as the season started, we encountered injuries that have hindered us throughout the season,” Harris said. “We didn’t use our injuries as an excuse, because the ladies learned to step up in incredible ways and be the student athletes God made them to be.”

According to Harris, the team is much healthier and is starting to find their groove having grown a deeper relationship as a team.

“We have gone through some adversity, and we are right where God wants us to be,” Harris said.

“There have been many things that have happened this season that have been out of our control, such as the many injuries our team has faced,” Jay said. “I know from this season’s experiences that God has only strengthened us and is continuously growing us, and we are very honored to be able to say that he has used the game of soccer as a part of our growing process.”

Even with the end of the season nearing, Jay said the team continuously evolves and adapts, so there is always a continual learning process when playing as a team.

“Since training, and now into the season, I have seen an abundant amount of growth within the team, especially in confidence,” Jay said. “When an individual is able to play confidently and can confidently play with the team around them on the field, it makes a world of difference.”

Harris has witnessed that same growth of confidence within the senior players this season.

“Our seniors have stepped up, and have helped encourage our team,” Harris said. “As seniors, they have experienced tough seasons and successful seasons, and they have used their experience to help us get through the tough times of the season, on and off the field.”

Senior forward/ midfielder Rachel Bacon has been out due to a pulled hamstring. Bacon was a key player in helping the Lady Bisons win conference the past two years.

“My injury has made it a very emotional year,” Bacon said. “It’s given me a new perspective to the game. I’ve learned not to take your talent for granted, and it has given me a hunger to win as the end of season approaches.”

Bacon had never been injured in her soccer career. She said she has been tested in ways she never imagined.

“I’d say it has strengthened and tested my faith in many ways,” Bacon said. “It was a struggle that I had to overcome and at first I struggled to see why I would get hurt my senior season. I had to let go of all doubts. It has helped deepen my faith in a sense that I fully have to put my trust in God’s hands and know that he has a plan.”

Harris has witnessed this team embody perseverance this season and is very proud of what they continue to overcome as a group.

“As a coach, I embrace the journey,” Harris said. “The tough times aren’t always my favorite, but it is amazing how those times help shape the character of your team. I love my soccer family; I love watching them grow and overcome new challenges; and I love to see them battle through the tough times to experience the victories.”

Harris said those victories are not always measured by a winning score, but are victories in life.

Harris said there is not a day that goes by that he does not think about his team.

“I love them for their willingness to be a part of something bigger than themselves,” Harris said. “I tear up when I watch them play with the heart and passion they possess. I want to encourage them and urge them to be the women of God that they are called to be.”

As for the rest of the season, Harris said he will continue to push the team to reach their fullest potential.

“We want to play the rest of our season with the ability that God has blessed us with,” Harris said. “I plan to coach, lead and encourage with the passion that the Lord has given me for my soccer family and the game of soccer.”

The women’s soccer team will play in their first game for the Great American Conference (GAC) tournament against Southwestern Oklahoma State University on Nov. 2 at 3 p.m. in Shawnee, Oklahoma.

The Grand Slam | A Chance to Take It