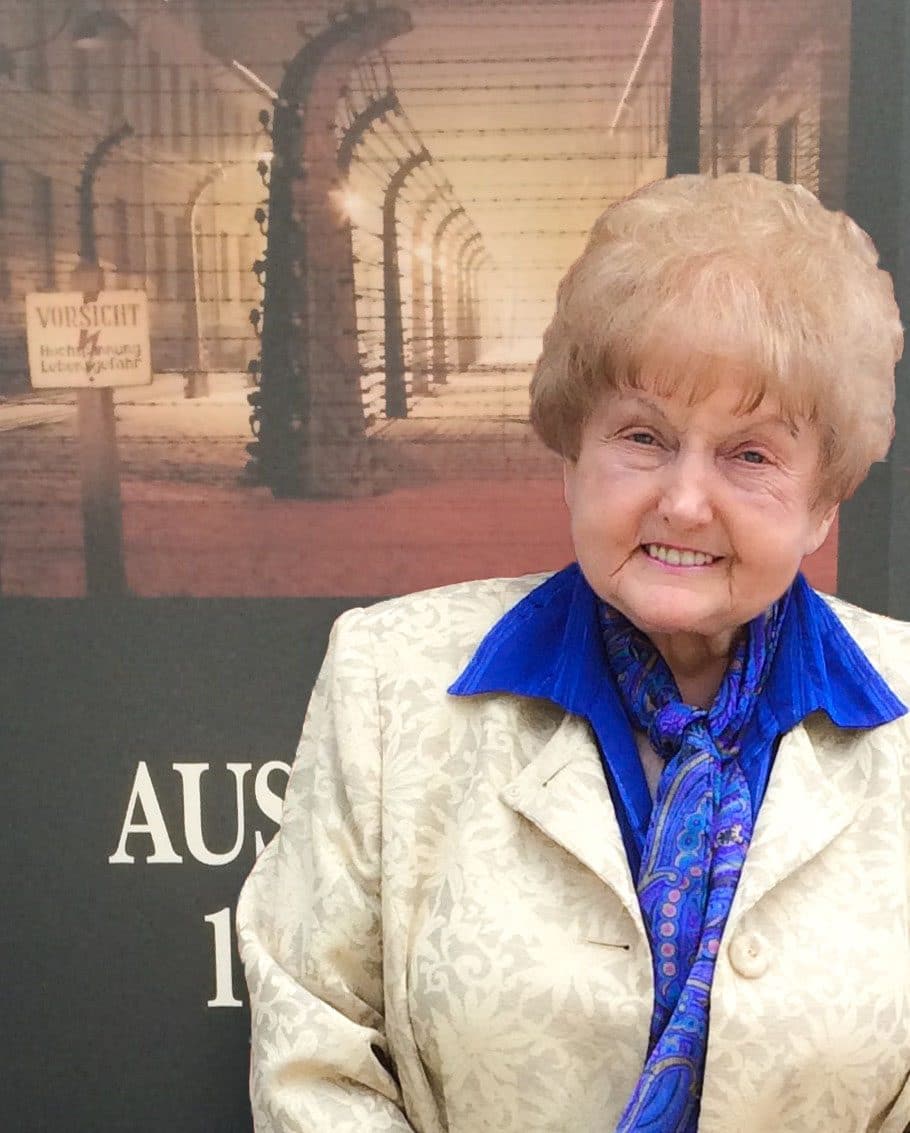 Senior Hannah Hitchcox, vice president of activities ASI, said they are excited to host someone on campus who has witnessed such a historic event.

“Like Corrie Ten Boom, Eva speaks about forgiveness and the freedom it provides,” Hitchcox said. “We are anticipating a large turnout and hope that many will be able to take away valuable lessons from her story.”

According to Candles Holocaust Museum and Education Center, Kor and her twin sister Miriam Mozes Zeiger were born in a small village in Romania in 1934. The twins, along with their two sisters Edit and Aliz Mozes, attended a one-room schoolhouse and lived on their family farm until the Nazi takeover of Germany. In 1940, when Kor was six, a Hungarian Nazi armed guard occupied their village, and four years later, the family was transported first to the regional ghetto and then to Auschwitz-Birkenau death camp.

During the Holocaust, Kor and Zeiger underwent human experimentation at Auschwitz under German Schutzstaffel officer and physician, Dr. Josef Mengele. Mengele used prisoners at Auschwitz to conduct research on heredity, with little regard to health and safety of the subjects of his experiments. Mengele, also known as the Angel of Death, held a particular interest in identical twins. Both of Kor’s parents and two older sisters were killed at the Auschwitz, while she and Zeiger survived.

“When the Harding Read was announced last spring … we wanted to have a speaker that would have a connection to the Hiding Place in some way,” said Kim Kirkman, director of American Studies Institute.

After liberation from Auschwitz, Kor and Zeiger spent nine months traveling from refugee camp to refugee camp until a friend of their mother at Auschwitz, Rosalita Csengeri returned them to their village in Romania. In 1950, they emigrated to Israel, where Kor lived until 1960 when she married and moved to the U.S.  Miriam lived in Israel until her death in 1993.

“The Holocaust is one of the most well-documented historical events, but with each new generation events run the risk of fading further and further from memory,” said David Adams, European history professor. “We have already lost most of our eyewitnesses to the Holocaust, so we are blessed to have a chance to hear this story from a primary source. As effective as I can convey this event as a historian, nothing compares to the testimony of someone who was there.”

Kor now travels the world giving lectures and guided tours as a forgiveness advocate. Her lectures recount her decision to forgive the Nazis and no longer give them power over her life.

The ASI lecture will be at 7:30 p.m. on Tuesday, Nov. 7, in the Benson Auditorium. The event is free and open to the public and will also be streamed live at streaming.harding.edu. For more information, contact the American Studies Institute at 501-279-4497.