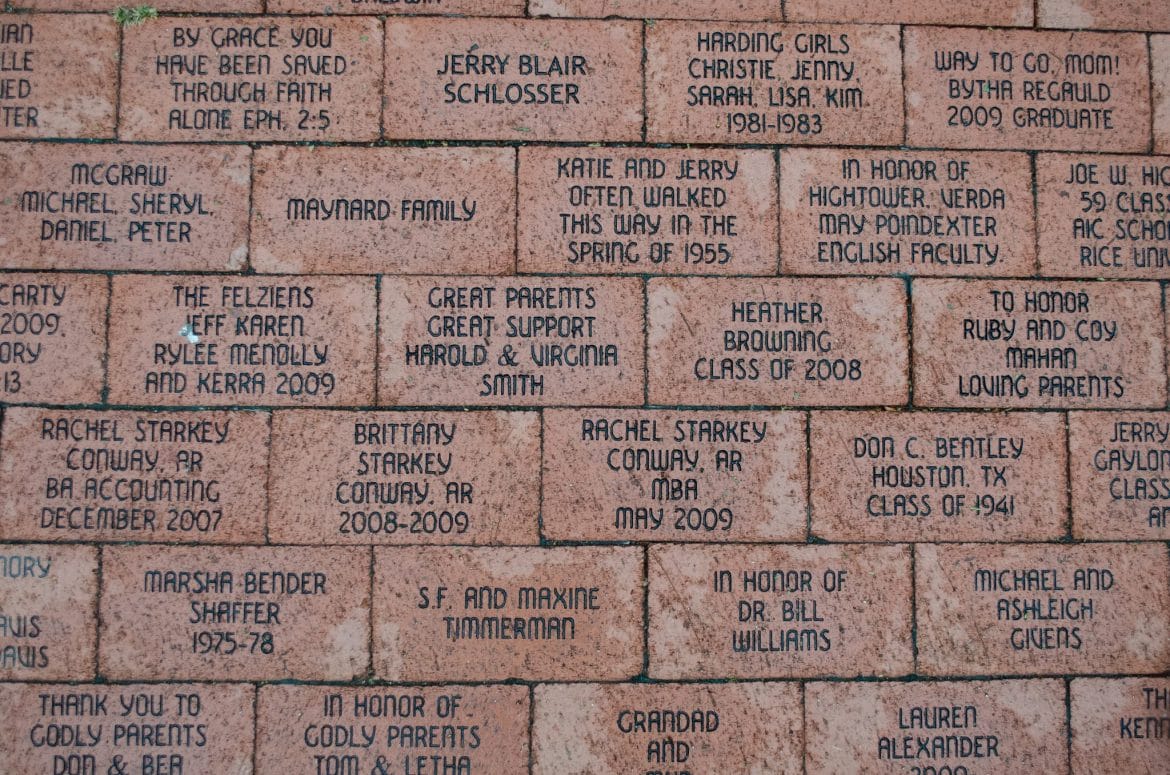 Finding commemorative markers such as plaques or bricks on Harding’s campus has been made easier, due to an online system called Harding Remembers, developed by the Brackett Library. The service boasts a searchable database and an interactive campus map.

With the help of many library employees and student workers, what began as a small idea became a reality that is now up and running on the Harding website for all to use.

Library director Jean Waldrop said the idea blossomed from numerous requests for assistance in finding a brick or plaque commemorating relatives on the Harding campus.

The next step was locating and photographing all of the commemorative markers around campus and putting them into an online system. This involved creating grids and other systems used on the website.

“The most challenging thing was figuring out the naming convention,” systems librarian, Brenda Breezeel said. “So we’ve had many conversations because you can’t just take a picture in order to tie everything together, you’ve got to have identifying characteristics. So we created a system.”

The next step in the project is to further hone in on visuals and pictures, in order to show where certain bricks are. The service is specifically necessary due to the Lily Pool, which consists of 500 bricks.

Senior and assistant systems librarian CJ Wilson, who had a big hand in making the project possible, said he likes that it makes it easy for people to find plaques and bricks that they might be associated with in some way.

According to the librarians and students involved, they’ve received positive feedback and are excited to see their creation come alive.

“It’s the connections, that connection to Harding that people have,” archives and special connections librarian, Hannah Wood said. For some people, they graduate and they never come back, but now they can maybe touch something that was theirs or has their family’s name on it. It’s a way to reconnect with Harding and be part of that greater Harding community. For me, it’s a greater outreach to the Harding community.”