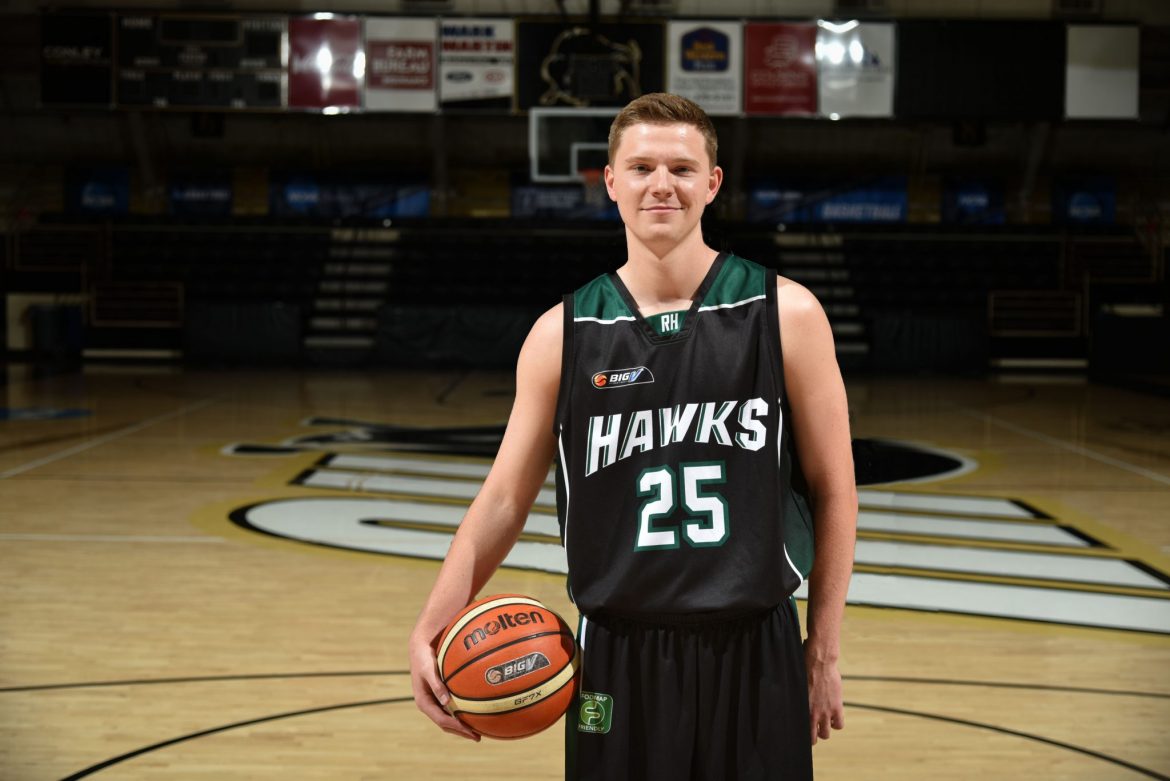 “If you keep pushing and you start doing the right things, you will see things fall into place just as God wants them to,” alumnus Jacob Gibson said in an interview during his tryout with the Memphis Hustle, a G-League affiliate of the Memphis Grizzlies.

Gibson has loved basketball since he was a little kid, but did not imagine he would still be playing the game he loved so many years later.

“Life’s crazy,” Gibson said. “You never know what God has planned for you. This is definitely not what I expected to be doing at 23 years old. I played in the living room since I was 2 years old, and I never stopped. Growing up through school, I did not think this was going to be my life. I’m very thankful that it is.”

Gibson attended Harding from 2012 to 2016 and played guard on the men’s basketball team. In his freshman year, Gibson averaged 2.4 points per game (ppg), one rebound per game (rpg) and .25 assists per game (apg). Three years later, Gibson’s growth in the game was evident. During his senior year Gibson averaged 17.3 ppg, 5.1 rpg and 2.5 apg. The Bisons finished 20-11 that year with a 17-5 conference record and an NCAA tournament appearance. Gibson had 9 20-plus scoring games, two 30-plus games and one 40-point game.

Gibson’s talent ensured his playing days would not stop after graduation. Harding helped prepare him for what was next in his career.

“Playing at Harding helped my mental game,” Gibson said. “It made you think about the way you play and what you say on the court and how that affects others, and how you can be a positive influence on the team and lead by example or through your words or actions.”

Gibson also credited his time at Harding with helping him prepare for the physicality of professional basketball.

“As a basketball player, I grew by getting in that weight room with (assistant) coach (Ray) Woods and the guys and putting in the work for four years,” Gibson said. “I gained about 30 pounds in college. If I hadn’t done that, I would not be playing pro basketball.”

Gibson took his talents to Victoria, Australia, after graduation to play in a semi-professional basketball league named the Big-V. Gibson joined the Ringwood Hawks, a team that had won championships in 2012, 2014 and 2016. Gibson said the Hawks’ coach drew him to play in Australia.

“I had a few options, but Australia seemed like the best choice for me because it was a safe place,” Gibson said. “I felt like I had a good relationship with the coach, and I trusted him. Trust is huge.”

The Big-V league is made up of 12 teams with 22 regular season games followed by two best-of-three playoff series. In Gibson’s first year on the team, the Hawks finished 18-4 with a championship win. Gibson was named team MVP with averages of 19.2 ppg, 5 rpg and 2.5 apg in 26 games. Gibson said that winning the championship was an eye-opening experience.

While Gibson enjoyed success in a new place, he said that God played a huge role for him when he faced hardships from being overseas.

“Whenever I was in Australia and going through depressed moments and missing home, he was always there,” Gibson said. “At the bad times, I knew I could always turn and talk to God. I had to pray about some of the decisions I made, and I feel like he’s leading me on the path I’m supposed to be on.”

After his season concluded in Australia, Gibson returned to the U.S. for a tryout with the Hustle on Sept. 23 at the Memphis University School campus in Memphis, Tennessee. Gibson did not make the Hustle roster, but said he will try out again next year.

Gibson is under contract with the Hawks to play one more season. After that, he will participate in a combine for the top league in Australia. If things do not work out there, he said he will hire an agent and try out for the Hustle again.

“I’d like to keep it going for a few more years,” Gibson said. “I want to play until I literally can’t anymore.”