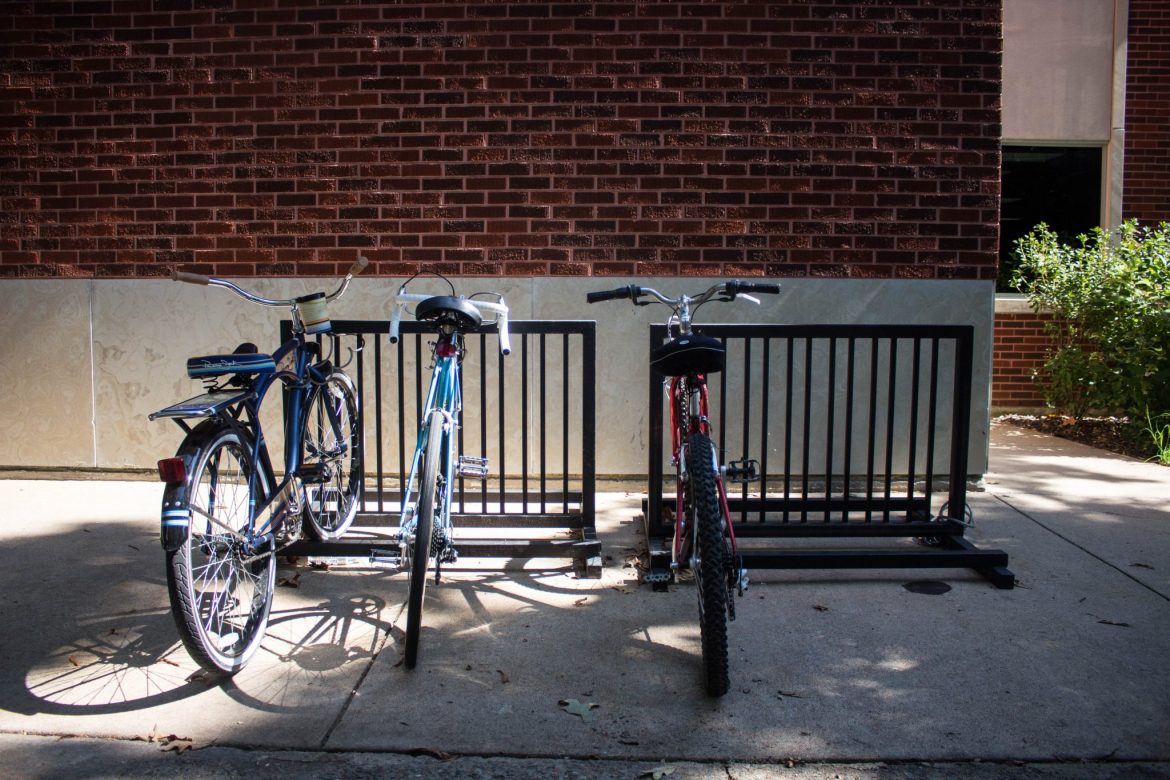 Recently and throughout the years there have been many accounts from people of their bikes being stolen on campus.

Senior Blakely Wood has witnessed the thefts and has had her own bike stolen. Wood talked about the problem with bikes being stolen and what she thinks people should do to help prevent it from happening to them.

“I think bikes being stolen has been a big problem,” Wood said. “I know a lot of people who know someone that has had their bike stolen or have had their own bike stolen. I think partly it could be that they didn’t lock up right or they didn’t take care of it, but the bike that I witnessed being stolen was locked up and it was in the lighting, so I don’t know much more you can do about that.”

The Department of Public Safety (DPS) said said students can prevent theft of their bikes and report any incidents witnessed.

“Typically, at least a couple times a year we will have several (bikes) taken at once. They are looking for the unlocked bicycles that are easy to ride off with,” Davis said. “We have had several recently, not a big increase but I think it is just the time of the year that people are taking them.”

Craig Russell, director of the DPS, talked about what Public Safety is doing to help prevent student’s bicycles from being stolen.

“We have multiple ways that we can try to track people down and catch them. One is we will see someone on camera, but even with that we don’t have them everywhere. Call us right then and get a description of the person, that is the very best thing you can do. We are working very hard to try to prevent it from happening, and when it does happen try to catch the people that are doing it and recover the property, some times we do some times we don’t. But we are working really hard at it,” Russell said.

If you witness someone stealing a bike or see suspicious activity on campus call Public Safety at 501-279-5000.