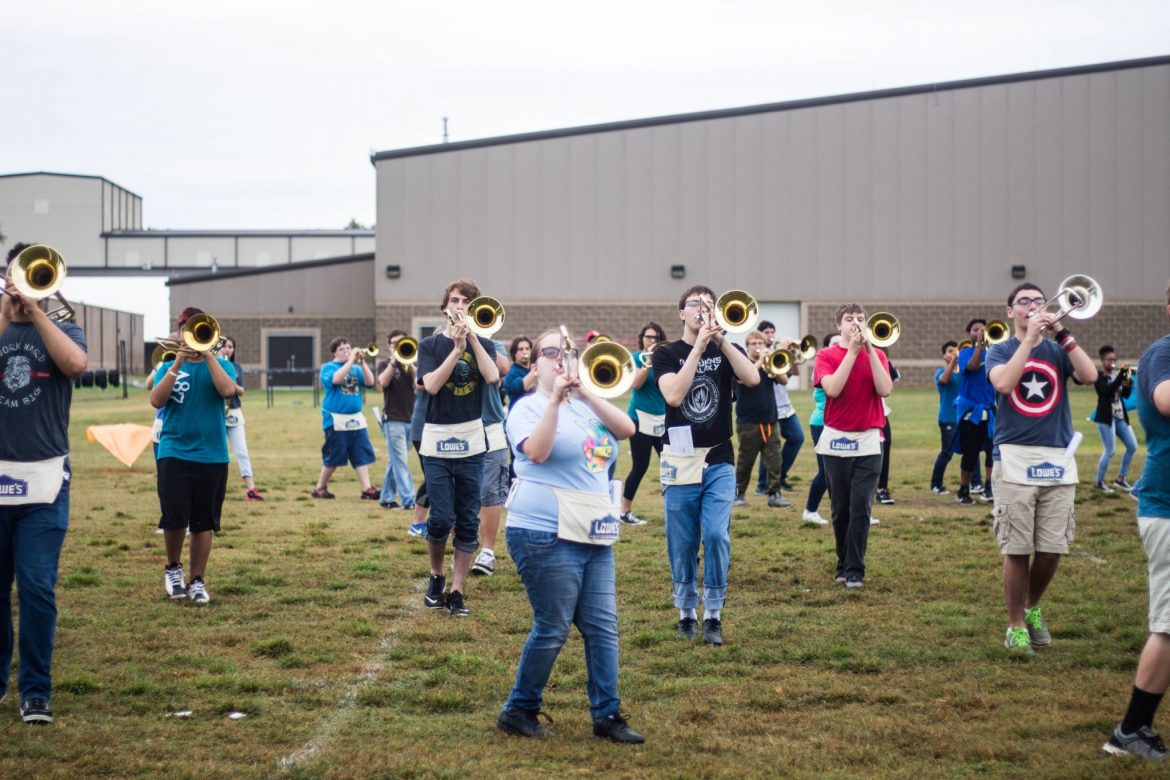 Searcy High School band was nominated by Congressman French Hill to participate in the national Memorial Day parade in Washington D.C. on May 28, 2018.

The band will march down Constitution Avenue in D.C. as part of the parade, and the four day trip will also allow the band to explore the city. Their itinerary includes the United States Marine band’s evening parade at the barracks, the National Mall, the Holocaust Museum, Arlington National Cemetery, and the Tomb of the Unknown Soldiers.

Band director Tony Luzzi has worked at Searcy High School for 14 years and is planning to attend the trip with his students. He presented the trip to the school board Wednesday, Sept. 27. Luzzi said that the trip is a major opportunity for the band.

“This is going to be a trip of a lifetime for our students, just being able to do this national event, this spotlight on us,” Luzzi said. “I told the kids Friday afternoon, and the word for it is excitement because they’re all cheering and fist bumping … They’re so happy about this.”

Searcy High School senior Abigail Hamby has been in band since the 6th grade and was thrilled when she heard the news.

“Honestly, I was filled with pure joy,” Hamby said. “We work every morning and Tuesday night to reach this goal. We work hard, and this is just something to reward us for all of our hard work. I am so blessed by this opportunity and love and support from everyone.”

Harding sophomore Logan Glewen was a leader in the band for the majority of his time at Searcy High School. He said that Luzzi’s influence helps the band stand out among the other applicants for this honor.

“He’s played basically his whole life,” Glewen said. “He’s always been involved in music. He’s an Army Reserve Soldier, so a lot of his army training has influenced how we played and how we acted and our style of marching, and it’s pretty unique to the area.”

Luzzi has other ideas as to why Searcy was chosen to perform at this special occasion.

“Bands work hard, and so do we, and we try to do a good job wherever we go, and try and put our best foot forward on what we do, whether we are marching or playing a concert, or whatever event we’re playing,” Luzzi said. “We try to do our best because we know people are watching, we know people are listening, and it payed off for them … We’re so proud of our kids for what they’re doing.”

Harding AIS Hosts Lock-in for Students Interested in IT