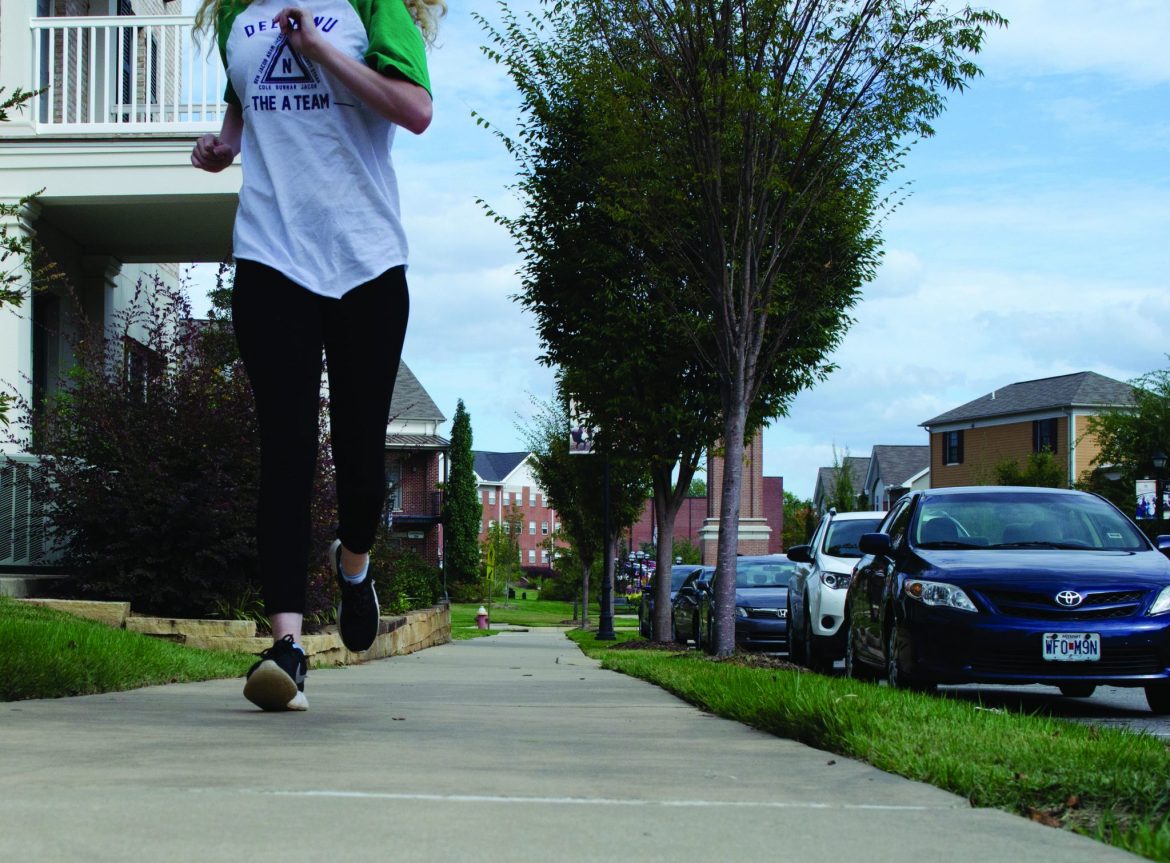 Harding Academy will host the seventh annual Micah Rine Wildcat Legacy Race tomorrow, Oct. 7 at 8 a.m. The event will begin at the academy and includes a 5K race and 1-mile run/walk.

Micah Rine was a former Harding Academy and Harding University student who was born and raised in Searcy. Terri and Dennis Rine are the parents of Micah Rine, to whom the race is dedicated.

“This is the seventh year for the race, and it is always so special because many who participate are our friends and loved ones, and that is so very precious to us,” Terri Rine said. “It is how our community chose to walk alongside us on this difficult journey and show their support of not only us, but of the race and its efforts.”

Micah Rine married just before college graduation and moved to Memphis with her husband to begin work as a labor and delivery nurse at a women’s clinic.

“Micah had been married three and a half years the night we got a late-night phone call from her husband,” Terri Rine said. “He told Dennis and me that Micah had gone running and didn’t return.”

After searching for approximately 30 hours, Micah’s husband, Thomas Pate,  released a statement saying that he had shot her and left her body in a low-lying region near the Loosahatchie River in Memphis. After two years of court proceedings, he has served six of the 25-year prison sentence with no parole.

The upcoming race is only the beginning for some who will continue on to complete the Micah Rine Wildcat Legacy series, participating in both the 5K and 10 K races.

“For our family, the idea of a legacy carries positive feelings of hope,” Terri Rine said. “We believe Micah lived a life of faithfulness to God, and she was also faithful to her friends, family, work relationships and marriage.”

The 5K is scheduled each year on the Saturday of Harding Academy’s Homecoming. According to Terri Rine, the first few years of the race, it was Searcy’s largest race of its kind.

“We have many repeat participants in the race because we have many friends who use this opportunity to show their love to us,” Terri Rine said.  “There are also many students who participate that we may not even know, they have just heard Micah’s story and come to show their support.”

There are also students, like junior Katie Tracy, who get involved because the Rine family has positively influenced them by attending their classes, their home Bible study or viewing the documentary “Missing Micah,” according to many students who know the family.

“I’ve attended the Rines’ Bible study for over a year now, and I have been so blessed by them and their story,” Tracy said. “I’m so glad I have the opportunity to run for Micah for the second time now because I want to be a part of continuing her legacy.”

Awards are also given in several male and female categories and age groups.  According to Terri Rine, there have been a growing number of children participants each year, which creates a family-friendly environment that she knows Micah would have loved.

“Micah loved Harding Academy, Harding University and the Searcy community, so this is a way to honor her and benefit those causes and meet needs in areas that were dear to her,” Dennis Rine said. “We wish to honor Micah because she honored God. It is a fun and sentimental day, so we encourage all to come.”

Proceeds from the race benefit the Wildcat Trust, which funds equipping and maintaining a workout room for female athletes and some needs-based scholarships.

The registration cost for the Micah Rine Wildcat Legacy Race is $30 and is open the morning of the race or at www.searcylegacyseries.com.

Just the Clax | The Plumber’s Helper