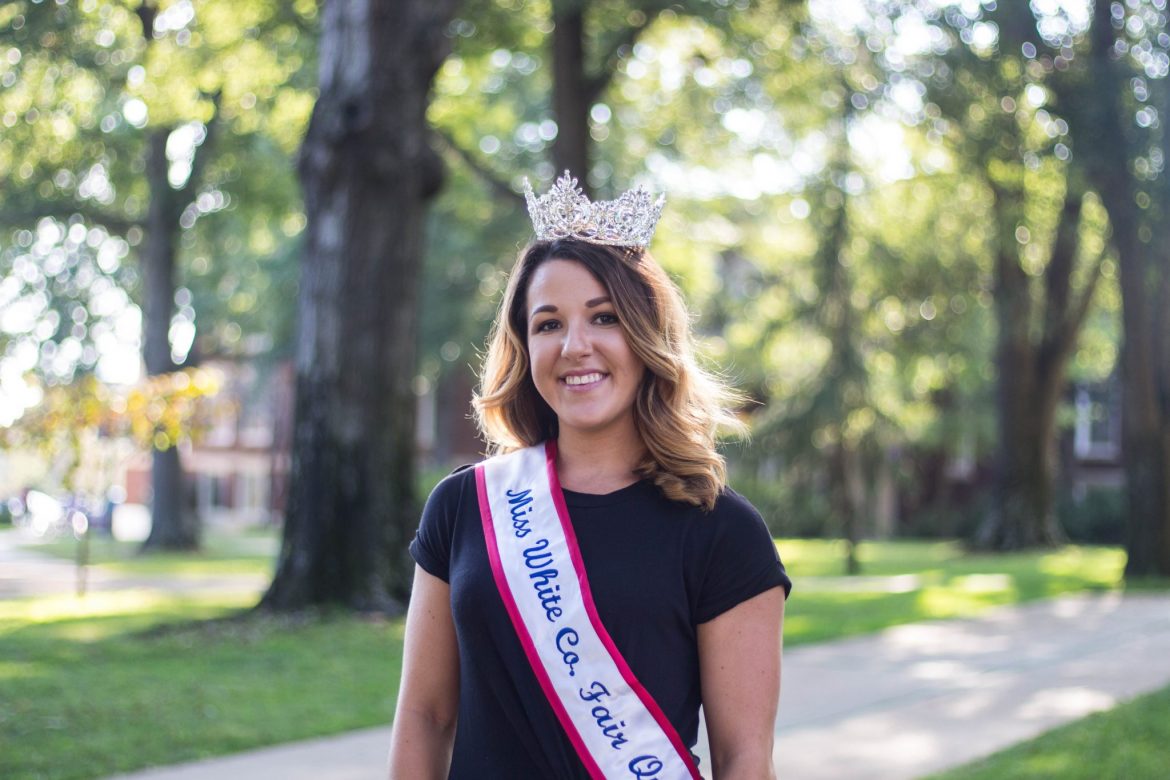 The pageant process began Saturday, Sept. 9 with a private interview in front of a panel of three judges, Rutter said. She was asked a series of questions about her personality, character and potential role as an advocate of the White County Fair.

“This pageant is a great experience for these young ladies as they are not judged only on beauty,” Feltrop said. “Fifty percent of their overall score comes from a one-on-one interview with three judges,”

The pageant itself began the following Monday at the White County Fair Grounds. All competitors started with a brief introduction, followed by the swimsuit competition.

“The judging criteria includes physical physique, confidence and overall impression,” Rutter said. “This part was nerve-racking simply because of the mere premise of the competition. I had to exude confidence in every way, and sometimes that’s not all that easy.”

The final portion of the competition was an on-stage interview. Rutter was asked to define beauty.

“I tried to emphasize the importance of internal beauty and portraying the love of Christ in every way,” Rutter said. “As a little girl I was always taught that beauty is not something only seen on the surface, but it comes from within. I still believe that is true and find it more important in today’s society to show that beauty from inside.”

“I feel like this pageant is an amazing opportunity to make new friends, have a little fun on stage and test speaking skills,” Morgan Feltrop said.

Rutter believes the pageant allows students to practice skills that they will use in the future.

“I hope to show the community that pageants are not only about physical appearance,” Rutter said. “There is more mentally that goes into the pageant process, and the experience overall helps build confidence and other skills that will ultimately help in other aspects of life.”

Rutter will compete in the Arkansas State Fair Pageant in Little Rock.

“The biggest thing I’m preparing for is the interview portion of the competition (and) being up to date on current events,” Rutter said.

Prelims for the pageant will be conducted Oct. 18, with the top three contestants advancing to the finals on the following Saturday.