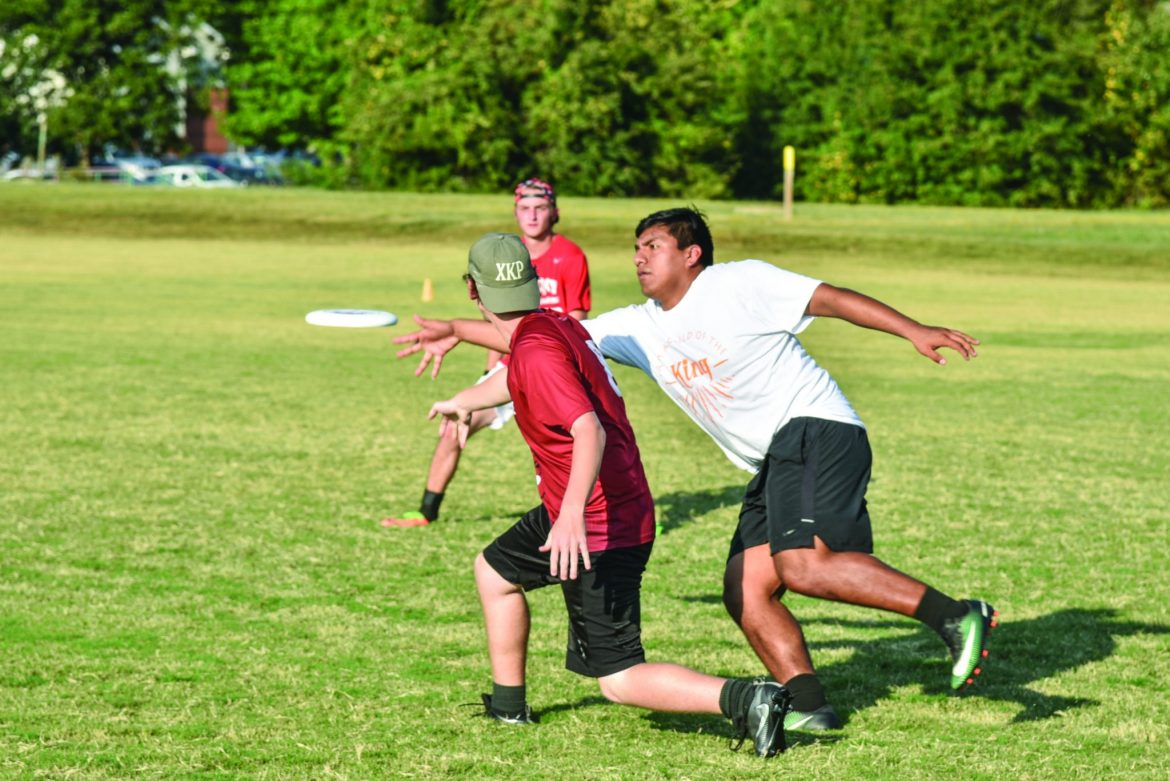 The men’s ultimate Frisbee team, Apocalypse, has begun preseason play. Last weekend, the team competed in a tournament at the University of Arkansas and finished 6-0. They are now undefeated going into the rest of their preseason and regular season play.

The team was chartered in the fall of 2003. Dr. Whitaker Jordan, assistant professor of foreign language, is a sponsor and founding member. He said the team was an important organization to have on campus.

“We took a group of guys to a couple of tournaments and we decided it would be good to have an official status on campus,” Jordan said. “The relationships formed on the ultimate Frisbee team are very important to me back then and going forward.”

In the past years, the Apocalypse has advanced to the regional and national competitions. Senior captain Brandon Melo said the team is encouraged by this preseason record and hopes to continue to succeed into the spring season.

“Last year we went to regionals, and we are returning a lot more players, so I think we will have a good chance at making it to national level,” Melo said.

Apocalypse currently has 22 members on the team. Melo said that it is not just about the sport, it is about fellowship and getting to compete with friends. The team practices every day except Friday and usually heads to the cafeteria together afterwards.

“Sometimes we have the opportunity to minister to other teams,” Melo said. “Some people aren’t comfortable with it, however they are still open to the idea of praying with us after the game.”

Junior captain Jalen West also said that he appreciated the team’s ability to be competitive while still showing God’s love.

“I enjoy the brotherhood that we have and the fact that not many schools that we are playing are openly Christian, and it feels good to show God in our play,” West said. “It is a humbling experience and it makes me appreciate that we can be competitive — even sometimes against D1 schools — but glorify God at the same time.”

Apocalypse is playing their next tournament at Vanderbilt University from Sept. 29 to Oct. 1. They will have more preseason tournaments this fall and will continue on into the spring season.

Get Down Downtown Festival