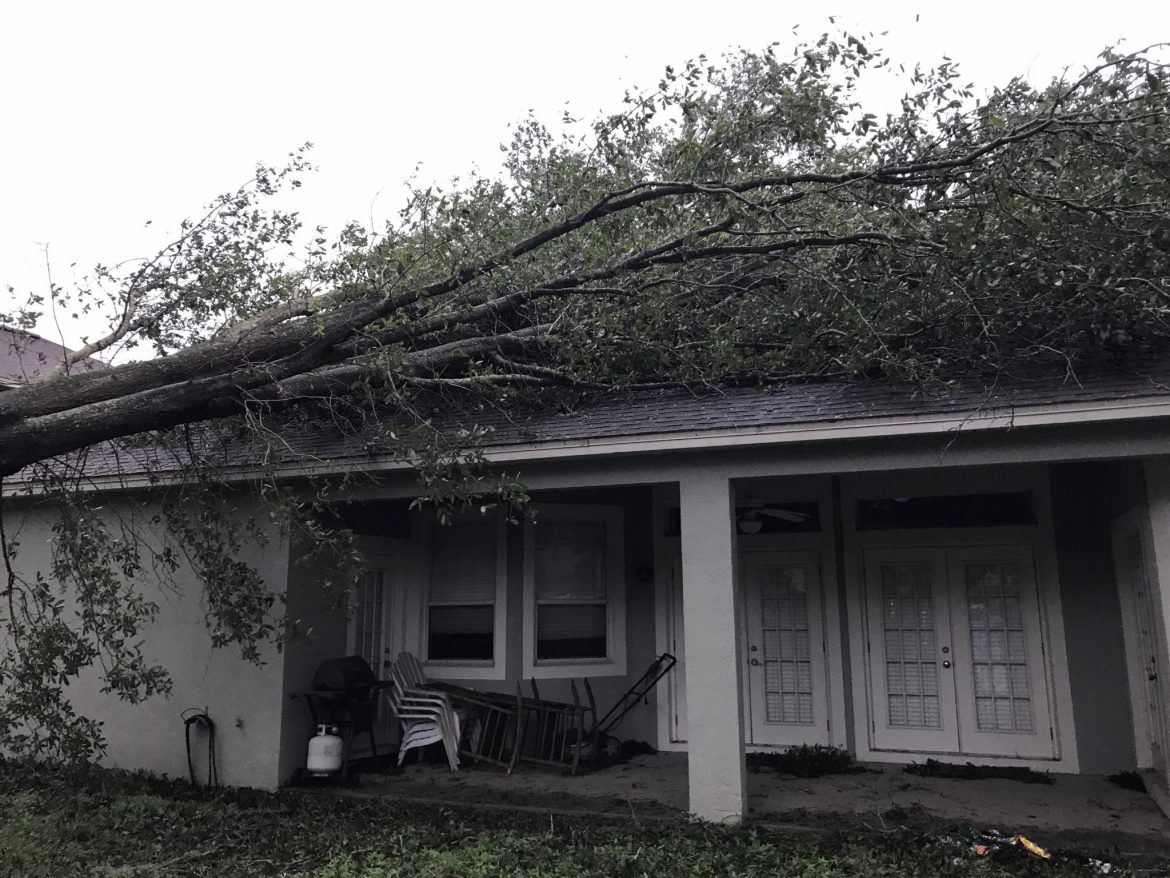 Hurricane Irma, now a post-tropical cyclone, was the strongest storm ever recorded in the Atlantic. The storm killed at least 30 people in the U.S. and left millions without power, according to ABC News.

Senior Shauna Yeager is currently enrolled in the Disney College Program in Orlando, Florida. Yeager said the Disney students were instructed to stay inside their apartments until the storm had completely passed. A flash flood warning was in place in the area, and Yeager said branches were down and parking lots flooded.

“(The hurricane) was terrifying to me,” Yeager said. “All week leading up to it, I wasn’t really worried about it. I prayed a ton about it, and I had faith that we would be safe. Our apartments are sturdy, and I was only really concerned about the windows.”

Yeager said the worst of the storm started the night of Sunday, Sept. 10 and continued through Monday.

“One of my roommates slept in her closet, and I moved my bed away from the two windows in our room,” Yeager said. “I ended up staying up until about 3 a.m. because I was so worried I knew I couldn’t sleep. I finally tried sleeping and just couldn’t. As I was lying down, I realized I was so wound up and anxious that I felt like I was going to vomit. I would doze off, and a huge gust of wind would come and rattle our window so I would wake up worried it was going to come through.”

Irma hit the Caribbean with Category 5 force, leaving islands nearly uninhabitable. The U.S. Agency for International Development (USAID) said it deployed a Disaster Assistance Response Team on Sept. 7 and provided aid to thousands of individuals living in the Caribbean.

Sophomore Abishai Beneby is from Nassau, Bahamas, which was still recovering from Hurricane Matthew, a Category 5 storm in 2016. He said his family and home remained unscathed, but other islands in the Bahamas experienced severe damage.

“I was always listening to see the path of Irma and see how the Bahamas would be affected by it,” Beneby said. “It was really tough (being in Arkansas). I couldn’t really do anything but offer words of encouragement to my family. Prayer was very important. Thankfully, God kept them safe.”

Though Irma was degraded to a Category 2 while hitting the Florida peninsula, junior Chris Radford, an Orlando native, said his family home was damaged. A large tree fell on his home as the hurricane approached, causing water damage to the roof and walls. Radford said repairs are currently being made.

“It was a little frustrating (being in Arkansas) because I wanted to help my family when this happened and be with them, but I was literally a thousand miles away,” Radford said. “Doing school work while this was going on was difficult; however, I was confident that God was going to protect them and see them through the storm.”

Residents began returning home to assess damages on Monday, Sept. 1. Irma was then downgraded to a tropical storm as it headed toward South Carolina and Georgia.