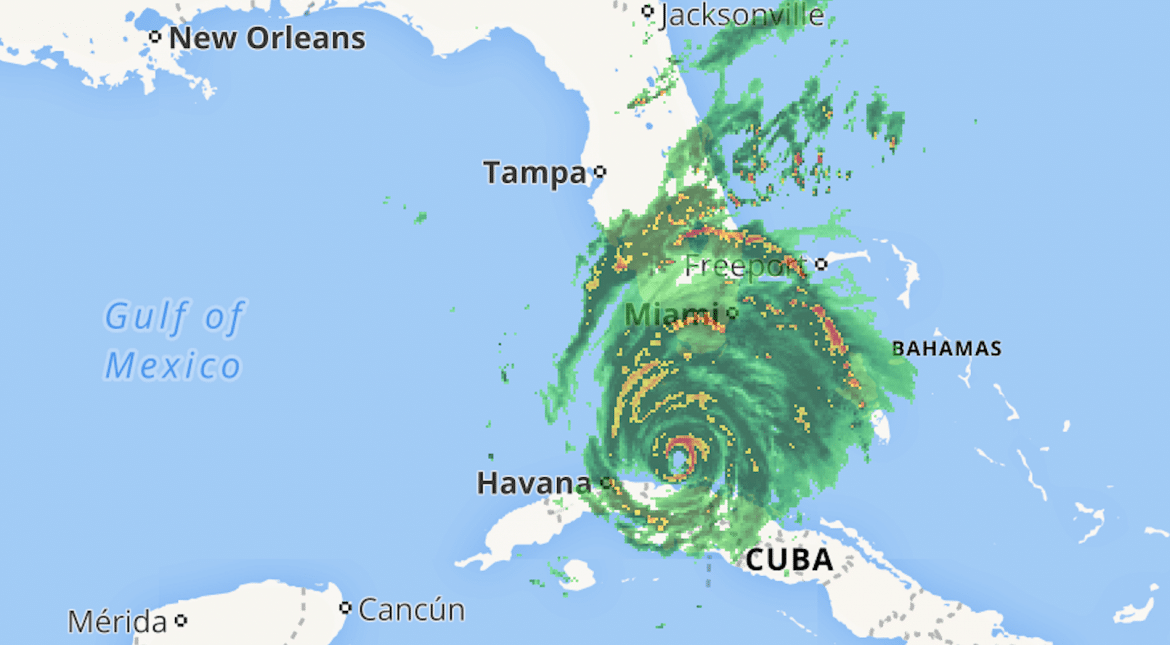 UPDATE: On Sunday, September 10 Irma was upgraded to a Category 4 hurricane.  The eye of the hurricane hit the Florida Keys with 130 mph winds.

Hurricane Irma is the most powerful storm to ever be recorded in the Atlantic Ocean, according to CBS. It first broke land on Wednesday, Sept. 6, as a Category 5 hurricane in the Caribbean islands, flattening the island of Barbuda.

Alumna Kristina Kiser works for Disney World and lives in a suburb of Orlando, Florida, and was attending a Disney Dream Cruise when the trip was rerouted due to the storm.

“Floridians always joke about hurricanes and even throw ride-out parties, but for the most part, I think everyone has taken the magnitude of this storm very seriously,” Kiser said. “I think, too, that although this is a very different kind of storm, seeing the devastation caused in Texas by Hurricane Harvey so recently definitely has people extra cautious about what is happening here.”

Irma hit Cuba on Friday, Sept. 8, and is expected to hit Florida by Sunday. According to the National Hurricane Center (NHC), Irma is expected to bring heavy rain, inland flooding and life-threatening winds as well as tornado risks to southeast Florida. The storm is predicted to travel up the state of Florida and hit bordering states as a lower-level hurricane, including Georgia, North Carolina and South Carolina.

On Saturday, Sept. 9, Irma was downgraded to a Category 3 hurricane as it began to move over the Florida Keys, but is expected to regain strength before it hits the main peninsula, according to NBC.

Kiser said Disney World has decided to close its park in anticipation for the hurricane, which the company has done just a few times since opening day.

“I’m definitely nervous about what the next couple days could bring. It’s never a good sign when Disney Parks close for any amount of time, let alone multiple days,” Kiser said. “All you can really do is prepare as best you can for a worse-case scenario and wait it out hoping for the best. (It is) going to be a crazy, sleepless couple days, that’s for sure.”

At least 24 people were known to have died in the Caribbean as a result of Irma, according to CNN. For Barbuda, Prime Minister Gaston Browne said that 90 percent of its buildings were destroyed and half of the population left homeless after Irma, according to The Guardian. Now, islands in the Caribbean are assessing the damage from Irma as they prepare for Hurricane Jose, a Category 4 following behind Irma.

Bisons Fall Week One, Look to Bounce Back Against SAU