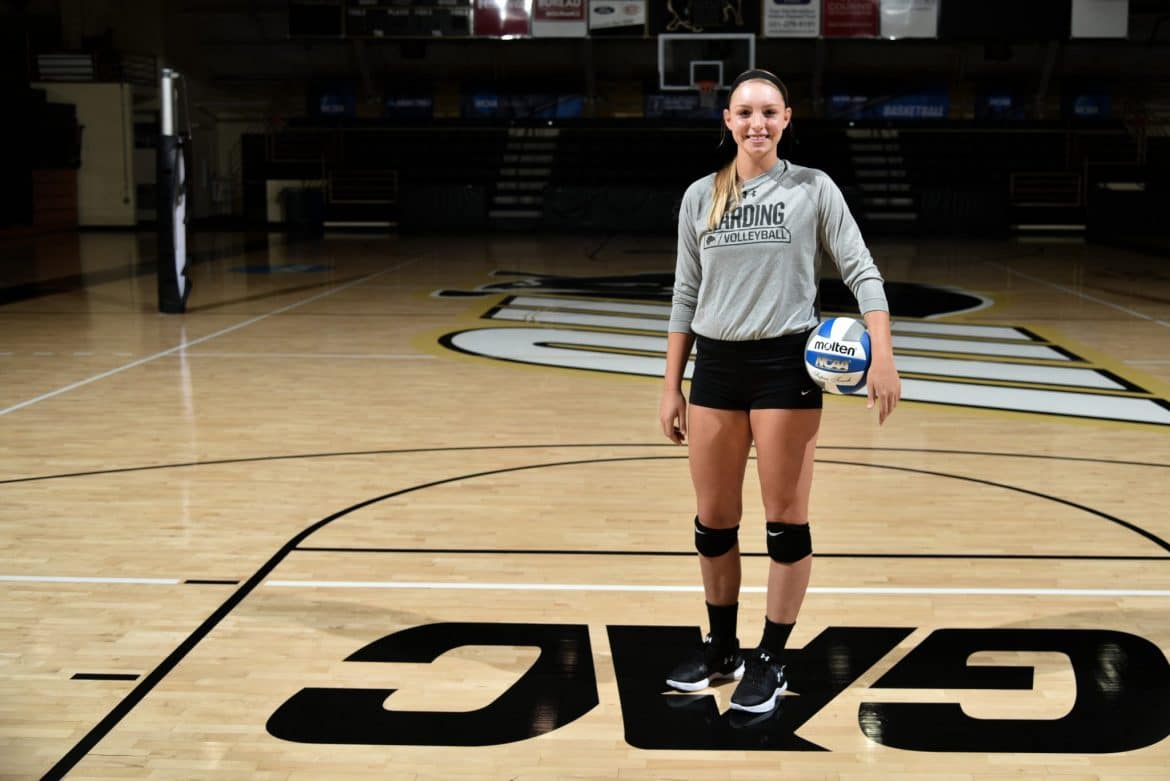 Harding’s volleyball team has a unique roster this year. With six freshmen, zero sophomores, seven juniors and two seniors, leadership is necessary for success. Senior middle blocker Taylor Mounts is poised to lead her junior and freshman-dominated team to new heights this year.

Mounts joined the Lady Bisons her freshman year with two other players, but both later transferred and left Mounts as the only senior to have spent her entire career at Harding. She wants to make her last year the best one yet.

In order to make that dream a reality, the Lady Bisons will rely on Mounts’ experience and leadership throughout the season. Head coach Meredith Fear said Mounts’ is priceless.

With six new freshmen on the team, Fear said Mounts has done a great job of helping them through first-year pains.

“Whether it’s freshmen being homesick or not getting the playing time they want, Taylor can reach out to them because she’s been in that position,” Fear said. “She’s very personable with them, and she’s already incorporated them due to a big gap with zero sophomores on the roster.”

While Mounts is making an impact on her younger teammates, she said they have also changed her faith dramatically.

“For me, religion wasn’t a huge thing growing up,” Mounts said. “I feel like my faith has gotten stronger while being at Harding because I’ve seen how big of an impact it’s had on my teammates.”

When the season concludes, Mounts said, she’s going to experience some tough goodbyes.

“I’ll miss my girls; they’re like my family,” Mounts said. “I spend all day, every day with them and we sometimes even fight like family but we really do love each other.”

Fear said she will miss Mounts’ personality and presence off the court as well.

“I’ll miss her humor. She always seems to put a smile on everyone’s face,” Fear said. “She can light up the room but at the same time be serious, loving and warming. She’s a great player to have on the court and a well-rounded human.”

Mounts graduated college in three years and is currently working toward her Masters of Business Administration. After she completes graduate school, Mounts hopes to return home to California to begin law school and enter the business or civil law field.