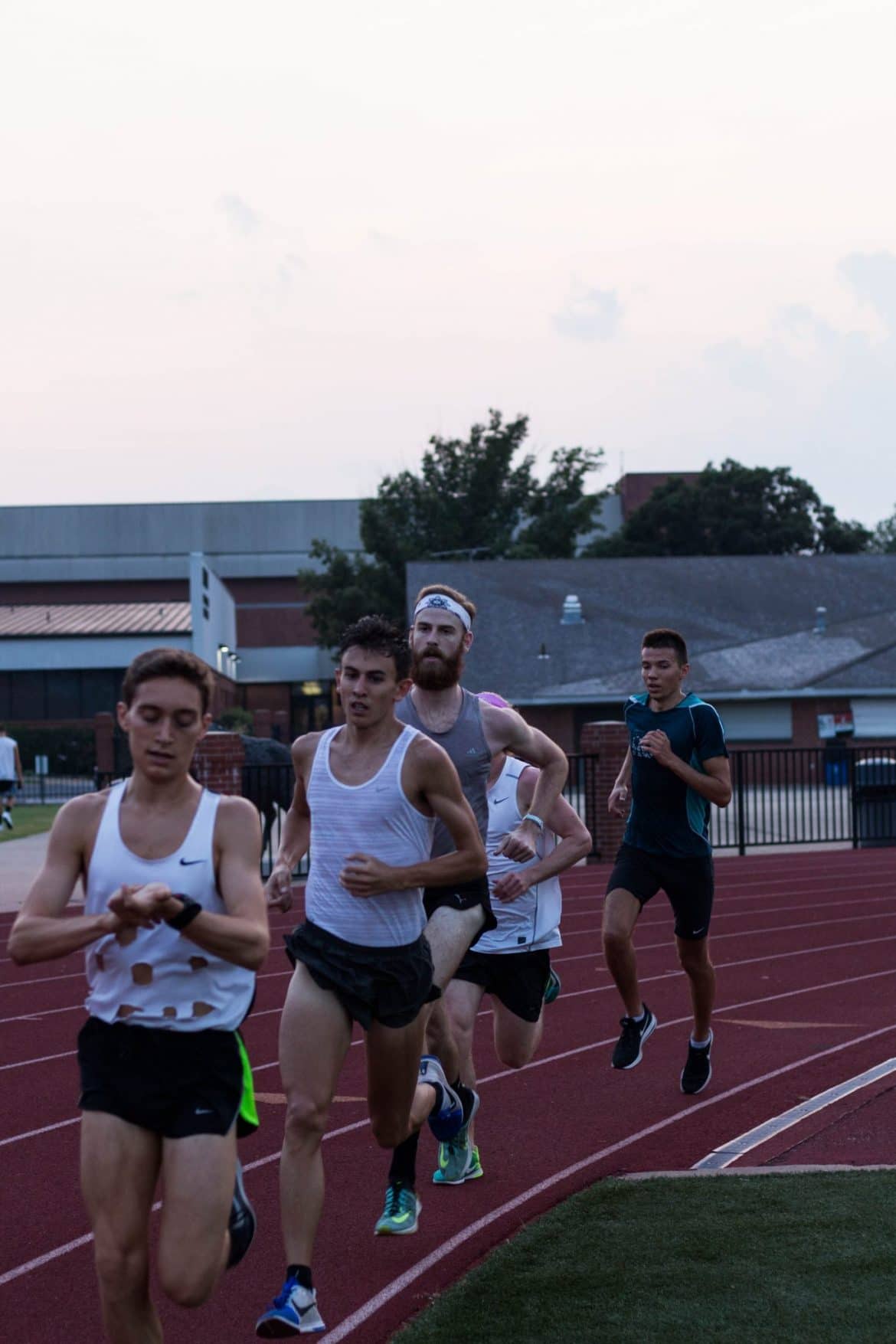 Cross country season started this past weekend for the Bisons at the Brooks Memphis Twilight Classic meet in Memphis, Tennessee.

The Lady Bisons won the Non-Division one title this weekend, and finished 7th overall. Harding’s top three runners placed in the top 50 individually.

“ECU kind of surprised us on the women’s side last year, we didn’t have a good conference meet,” head coach Steve Guymon said. “As far as them and Oklahoma Baptist goes, we’re not going to back down and we’ll give them a run for their money. I’m not scared of them.”

The Lady Bisons have four veteran seniors and one non-conventional senior, Melita Sutherland, who was on last season’s track team and played soccer at Harding for her previous years of eligibility. Even though Sutherland is a rookie on the cross country team, she has won multiple GAC, All-Central Region and All-American awards.

“Our goal is to win conference this year, and I think that is expected of us on some level from everyone; the team, the administrators and even alumni,” Guymon said. “The women have more depth, better attitudes this year and more experience.”

Senior Kirstie Smith agrees. Smith said that if everyone puts in the work, they will get the redemption from last year’s season.

“We have a history of winning and last season didn’t go the way we hoped, and I think we’d like to redeem ourselves this season,” Smith said. “Rankings don’t determine anything because everyone starts at the same starting line. All that matters is what you do on that day.”

On the men’s side, Guymon says there is not as much depth when compared to the women’s team, but this is nothing to worry about.

“On the guy’s team, our top three guys are seniors and they each worked really hard over the summer; the senior leadership will determine their success,” Guymon said. “Every team in the conference is getting better every year, but so are we.”

Goodspeed says his goal for the year is to win the team GAC championship. This has not been done in Harding’s cross country history since 2013.

“You really can become good just by putting in a lot of hard work. My freshman year, I was one of the slowest people here,” Goodspeed said. “That’s what you need to focus on­ — having that commitment and mindset, then the results will come.”

The next meet for both the men’s and women’s teams is Sept. 16 at the Southern Stampede meet in Joplin, Missouri.