Home Opinions About a Boy 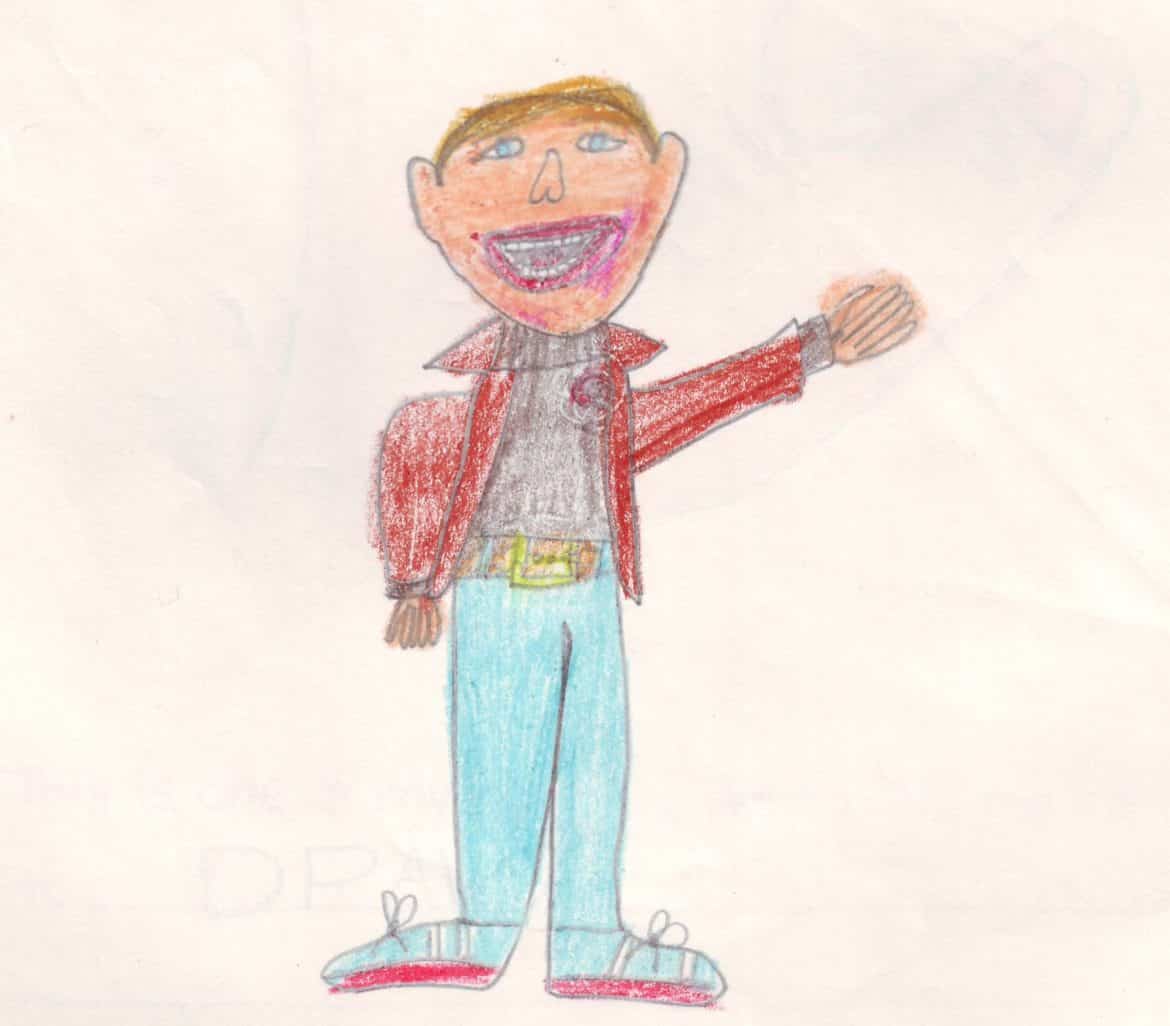 A friend of mine once said, “If you want the attic cleaned out, don’t send someone who can read.” I learned the truth of this maxim during Christmas break, when I was home at my mother’s house in Georgia. While hauling Christmas decorations to the attic one afternoon, I happened to notice a box marked “Michael’s Books.” Funny, I thought I had taken all my books to Searcy. But here was another box.

I opened the lid and was transported straight to the second grade. I could almost hear “My Sharona” as I drifted back to 1979, staring at some of my favorite childhood books. Like the Sesame Street Library — volumes 2-12 — filled with silly stories from the Muppets. I instantly remembered my favorite, “The Perils of Penelope.” Each volume contains a new episode of Bert wearing a yellow wig and skirt and getting rescued by Ernie from one absurd cliffhanger after the next. Only years later did I realize they were spoofing those movie serials that my Mom used to watch in the 40s. And that Penelope’s name does not rhyme with “cantaloupe.”

The box also contained nine books from the “Sweet Pickles” series. Each one features a different animal whose name begins with a letter of the alphabet, and who also has a character trait that starts with the same letter. Goof-off Goose never gets anything done. Kidding Kangaroo won’t stop playing practical jokes. Yakety Yak has a motor mouth. I remember now that in the summer of 1979, I was obsessed with these mail-order books and wanted all 26. I only ended up with nine. Nor was deprivation counseling available back then.

I had a cousin who lived in England at the time, and every once in a while she sent me some “Mr. Men” books — a popular British series by Roger Hargreaves. I loved the adventures of the different characters who, again, had defining habits. Mr. Muddle gets things mixed up. Mr. Uppity is a snob. Mr. Nosey can’t mind his own business. You get the idea. After creating 36 characters by 1978, Hargreaves decided the series needed some gender balance. So in the early ‘80s he added Little Miss Bossy, Little Miss Scatterbrain, Little Miss Chatterbox, Little Miss Fickle, and more. It may not have been a great step forward for women.

Once again, I tried to collect them all but failed. So to recap: I’m one volume short in the Sesame Street Library, I’m missing 17 Sweet Pickle books and, in one of the great tragedies of my life, I somehow never read Mr. Funny. It looks like I’ll be off to eBay for a little closure to some unfinished business from my childhood.

The most fascinating thing in the box, though, was a five-inch stack of homework from the 2nd and 3rd grades. Worksheets, math problems, and coloring pages, all dutifully signed by my mother. My favorite was a spelling quiz that had this note from the teacher: “Michael did not return his signed papers from last week. Please return.” To which my mother responded: “I returned on Monday, but when Michael brought them home that afternoon (again), I threw them away.” My own mother throwing me under the bus.

But the piece de resistance was the discovery of my forgotten memoirs. Dated November 5th, 1979, the 28-page booklet titled “About Me” contained the sum total of my self-awareness at age 7. The title page reads, “I am going to write this book. So that makes me the author. I am going to draw the pictures, too. That makes me the illustrator.” I wish I could take credit for this brilliant opening, but since it’s in purple Xerox ink, I guess it was already part of the handout.

Each page had blanks to fill in and things to draw or color. On page three, I drew a picture of myself in a red jacket and blue jeans. My head looks like a pumpkin with a thin layer of blond hair on it. I have the right number of fingers but no palms. My nose is pear shaped. But my sneakers are neatly tied, since I had finally mastered that elusive skill in the 1st grade.

On page seven, I was prompted to draw something to go with this caption: “A present that I’d like to get would be … ” Faithful readers of this column will not be surprised that I drew a disguise kit, complete with fake glasses, plastic teeth, and a phony mustache. Looking through some of my other school papers from that year, it seems that I was using Little Ralphie’s BB gun strategy, drawing disguise kits on several of my spelling quizzes as the month of November rolled on. The subtle hints paid off.

The autobiography included drawings of my family, my house, my room, and our dog. Page 19 listed “My Favorite Foods.” Having not yet mastered the intricacies of spelling, I drew a “stake” and a “sweet potato” and “milk” and said the “food I would never eat” is “saled.” My secret hiding place is pictured on page 20 and is labeled as the “clud house.”

My favorite vacation is a trip to “Tenesee.” On that page I have drawn four houses on my grandmother’s block. The fourth one belonged to the woman all the kids called “the mean lady,” for reasons no one ever explained. Fittingly, there are bats, ghosts, and lightning bolts around that house. On page 23, I’ve sketched myself doing chores in my room, which has clothes falling out of the bureau drawers, scattered all over the bed and even dangling from the ceiling.

Overall, the coloring is above average. The draftsmanship is below. And the prose style needs to mature. But it’s a glorious look back at my 7-year-old self: immersed in books, inept at spelling and a wannabe master of disguise. Much has changed, of course. I’ve gotten better at spelling, and I have a real mustache. My room is tidy now. But I’ll still pass on the “saled.”

Happy Valentine’s Day To Me