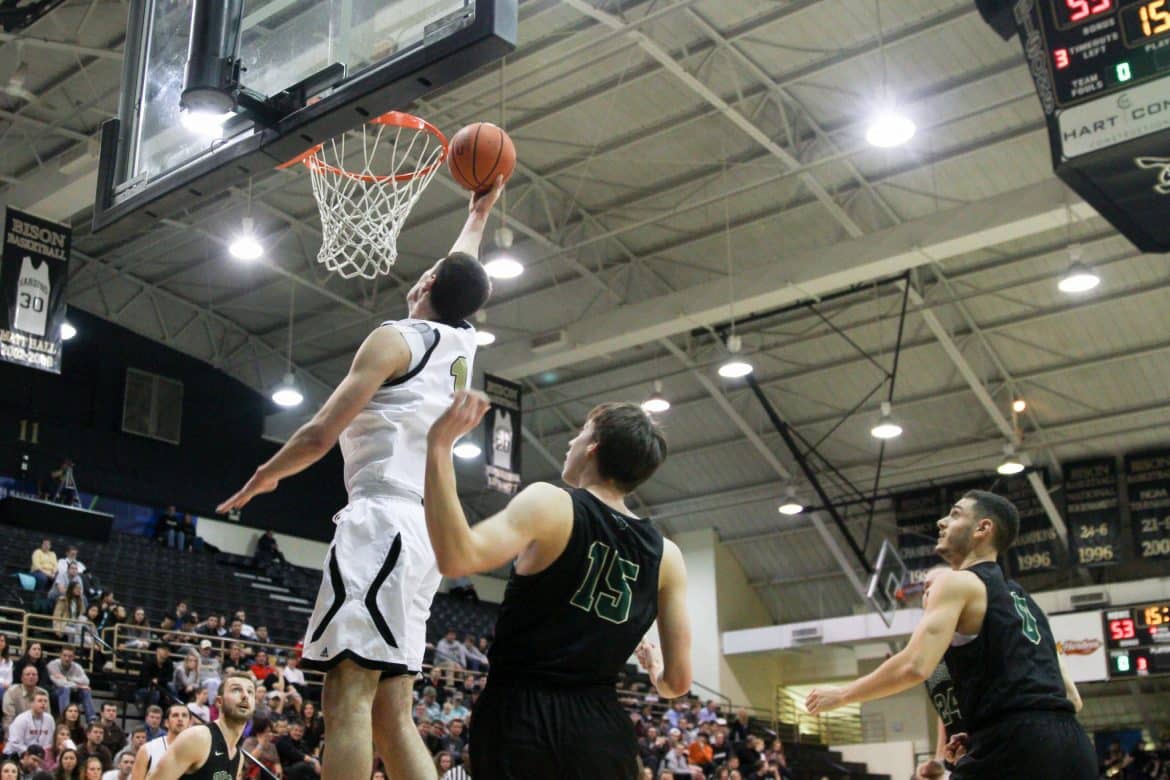 The Bisons men’s basketball team got their third away-game win after defeating Southwestern Oklahoma State University (SWOSU) on Thursday, Jan. 26, continuing their four-game winning streak. Harding clinched the victory with a season-high of 15 3-pointers, 10 of which were in the first half.

The Bisons started the game consistently but fell 26-15 in the first half. After a timeout, they did what they do best and came back, ending the first half up 40-37. The 3-point lead gave the team the edge they needed to push through into the second half.

“We had a great start at the half. We went in with a little momentum and we know how huge that is,” head coach Jeff Morgan said in his post-game interview with Harding Sports.

The team kept up the energy and went on an 8-0 run during the second half which brought the Bisons up 70-59. The Bisons scored 18 out of 26 free-throws.

Senior guard Will Francis, who was named GAC player of the week on Jan. 23, led the team with 18 points.

“There was nothing different from last week to this week. I’m just doing whatever I can to help our team win,” Francis said.

“We have to continue to get better on the defensive end. Rebounding and taking care of the basketball are also two things that we are focusing on getting better at,” Francis said.

The Bisons are now 12-5 overall and 9-4 in GAC standings. The Bisons basketball team played its final road game Saturday, Jan. 28 at Northwestern Oklahoma winning 66-57 before coming home for four games in a row at the Rhodes-Reaves Field House.

In Defense of Black History… Or Not