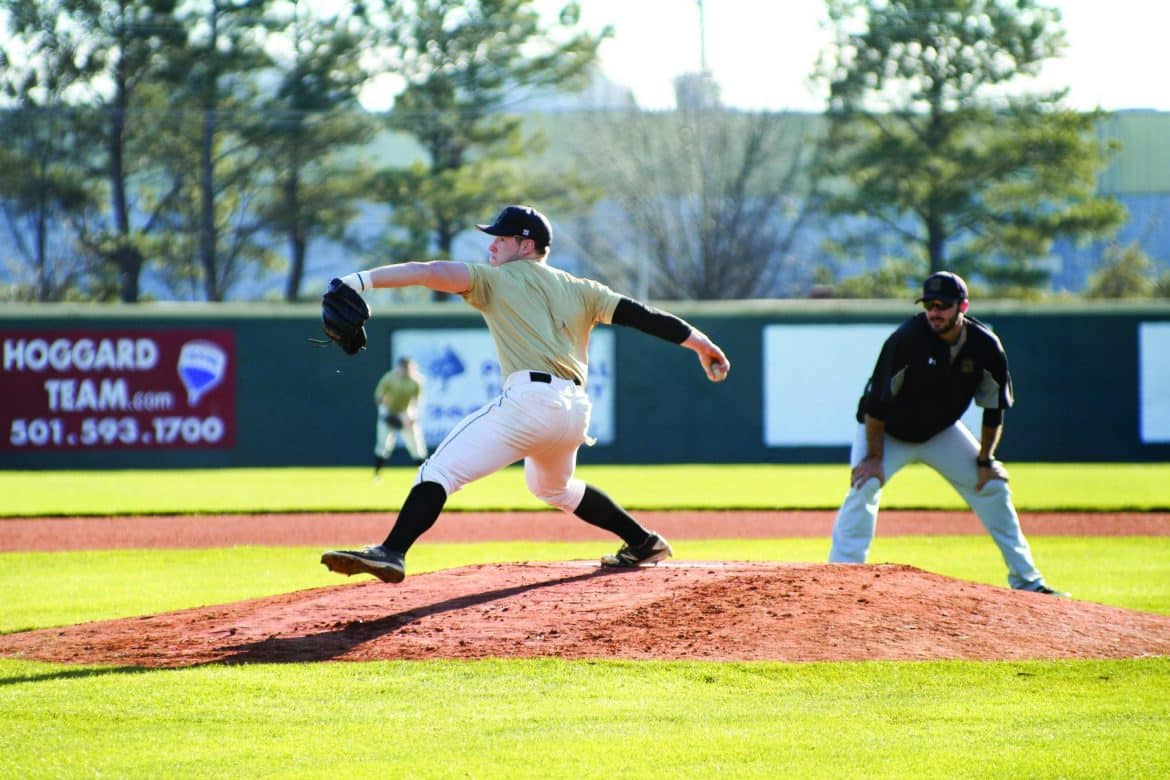 This year’s Harding baseball team headlines 12 freshmen, not including those that will be redshirting. Several of these new additions will be making their debuts at home, Feb. 5, against Delta State University.

This many freshmen is uncommon, according to head coach Patrick McGaha, who in his 12 years as head coach has never had such a young team.

“It’s fun in a lot of ways,” McGaha said. “There’s a lot of energy. It’s a good group and I look forward to seeing these guys come through the program in the next couple years.”

McGaha added that his older players have done a really good job of showing the freshmen the in’s and out’s of the way they do things on and off the field.

Sophomore outfielder Jack Thomas agreed that this team is dedicated to getting better each day.

“We have a culture where everybody leads,” Thomas said. “You look around, and Brooks (Pitaniello) is always watching video, and Chris (Taylor) and Grant (Guest) are always lifting, and (Zach) Beasley is always getting extra reps in. Everybody has bought into this standard.

Freshman catcher J. Paul Fullerton spoke of the importance of having those upperclassmen as leaders.

“It’d be harder if I was going up there by myself every day, but going up there, being with those guys and having them in the ring with me is what makes it better,” Fullerton said.

Age is not the only uncommon characteristic of the team. The players all strive to be what they call “uncommon men.”

According to Thomas, striving to be uncommon transcends the baseball field.

This desire to be uncommon bonds the team regardless of age.

“We do everything together and everybody is looking out for each other,” Thomas said. “We’ve got incredible team chemistry. I think our chemistry alone will help us to win three or four games we might not win otherwise.”