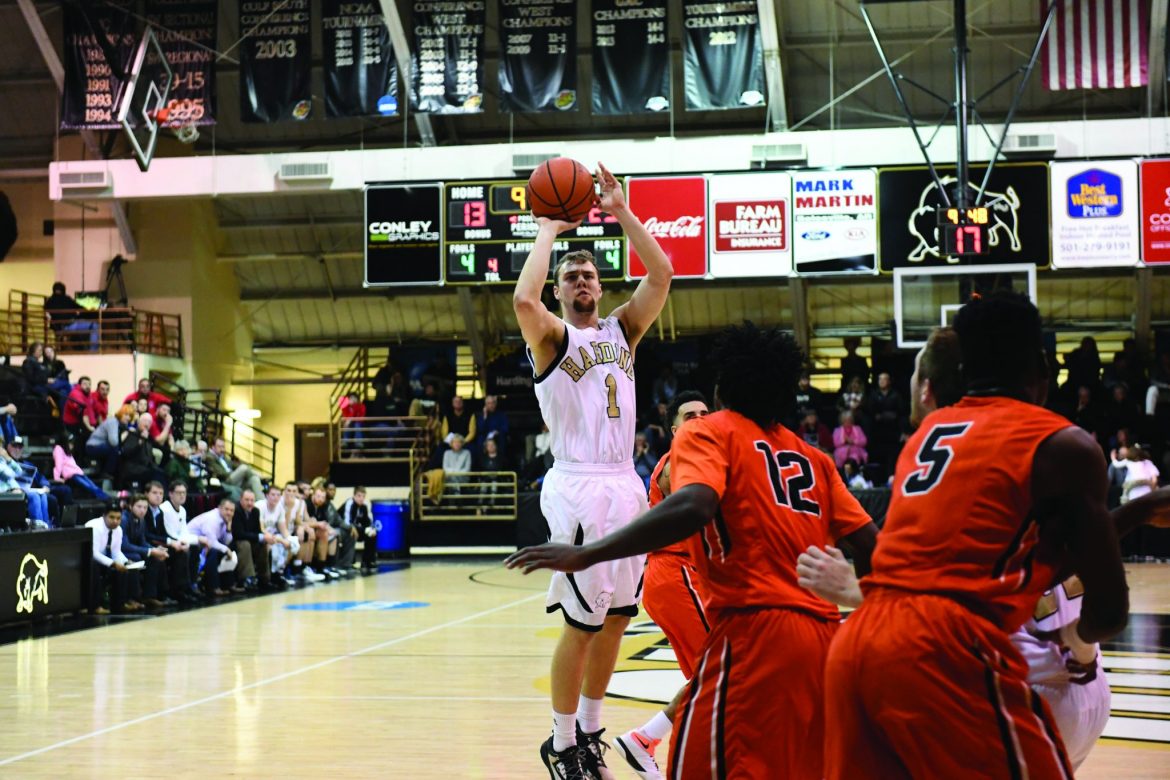 Basketball has played a large part in most of Wagner’s life. Growing up in Wisconsin and being surrounded by a basketball family, he quickly fell in love with the game too.

Wagner started in 2013 as a redshirt at the University of Nebraska after suffering an injury. During his freshman year at Winona State Community College, Wagner played in 27 games, averaging 26 minutes and 8.9 points per game.

During his sophomore year at North Platte Community College, he averaged 14.2 points, 2.4 rebounds and 3.6 assists in 32 games. Wagner shot 39.4 percent from 3-point range and 87.1 percent from the free-throw line, ranking him 14th in NJCAA.

This year’s men’s basketball team consists of only a few players with experience and two returning seniors, forward Stefan Andelkovic and guard Will Francis.

“Tim is a great player. He is very similar to players that have been here in the past in the fact that he can really score,” Francis said. “I’ve enjoyed playing with him this year.”

As far as goals go, the team is looking to win the GAC conference championship, and possibly make a run in the NCAA tournament.

“I’m looking forward to each game we have left,” Francis said. “That starts with investing in the process every single day in practice and focusing on one game at a time. I’m going to enjoy all of them.”

Morgan’s focus this year is for the team to have good chemistry. With a roster full of new faces and without the six senior starters from the previous season, there are certainly some big shoes to fill.

“A new team means new chemistry,” Morgan said. “We’re lucky this chemistry is already second nature to us in practice; it’s transferring into the games.”

One of the many things that stands out to Wagner about Harding, compared to his two previous schools, was the drive.

“We have similar talent (to other) teams, but our shooting is better,” Wagner said. “The guys are nicer and it’s been an easy adjustment for sure. (And) There’s more of a history of success at Harding. That’s what drew me in here.”