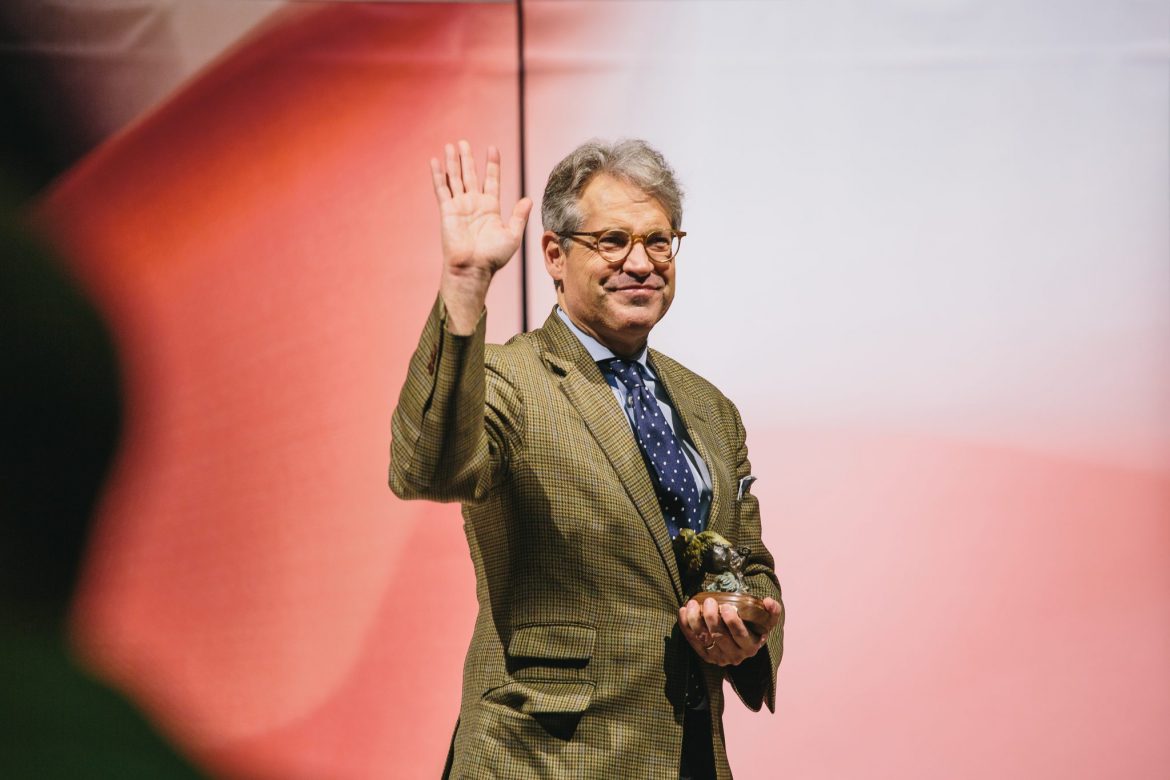 Metaxas, writer, speaker and radio host, is the author of the New York Times best-selling biography, “Amazing Grace: William Wilberforce and the Heroic Campaign to End Slavery.” Metaxas has also written children’s books and VeggieTales scripts, and is the founder and host of the “Socrates in the City” forum and lecture series.

However, only recently has Metaxas’ name become well-known on Harding’s campus. According to President Bruce McLarty, he did not know who Metaxas was until he read “Amazing Grace.”

“I had had no interaction with his work before,” McLarty said. “It all started with William Wilberforce.”

According to McLarty, he asked Dr. Kevin Klein, the chair of the history department, for a good, recent biography on William Wilberforce, and Klein recommended “Amazing Grace.” The biography became the campus read for the 2016-2017 school year and McLarty asked the question, “Well, can we have the author on campus this year?”

When asked about speaking in front of an entire university that has read his book, Metaxas responded in a joking manner, “Oh it happens all the time.” Then he quickly corrected himself and said, “No, it never happens. It’s so overwhelming; honestly, it’s hard for me to take it in.”

“As an author, I am just thrilled that one person has read the book,” Metaxas said. “So to be in a place where so many people have read the book, I honestly just can’t take it in. This truly is a dream come true.”

In honor of Metaxas, the ASI hosted a reception and dinner before his presentation and they invited ASI Scholars and Harding faculty to attend. Metaxas signed books for the guests during the reception before the crowd moved to the Founder’s Room for an English-inspired dinner.

At 7:30 p.m. Metaxas made his way to the Benson Auditorium and delivered a presentation to an audience full of students and faculty. He spoke about the life of Wilberforce and how he became a catalyst of faith to those around him.

“Wilberforce for me is a great model because he took his faith into the realm where people of faith did not exist before him,” Metaxas said. “I really think praying and asking the Lord to show us how to live out our whole lives is the main message.”

After “Amazing Grace,” Metaxas continued to write biographies and is currently in the final stages of a biography on Martin Luther, scheduled to be released on the 500th anniversary of the Reformation. In addition, he has published several other biographies, including “Seven Men,” “Seven Women” and a biography on Dietrich Bonhoeffer.

“I’ve done a lot of biographies,” Metaxas said. “But Wilberforce was the start of the whole thing.”

McLarty said that he now considers Metaxas one of his heroes for telling the story of Wilberforce and his great endurance.

Metaxas quoted Wilberforce saying, “‘God has called me to this battle.'”

“To sum it up, William Wilberforce changed the world,” Metaxas said.