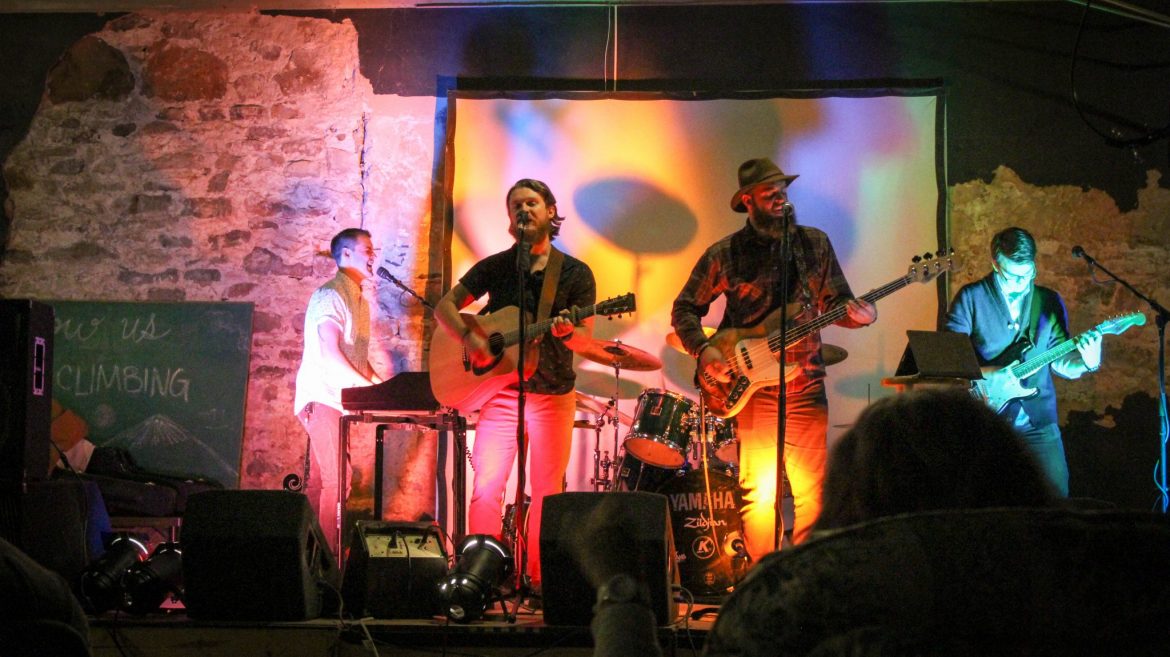 On Tuesday, December 6, a benefit concert was held at Zion Rock Climbing Center to raise money since the gym was broken into on August 13th earlier this year.

On August 13, thieves were reported breaking and entering into Zion Rock Climbing Center through their window, according to Sean Hudkins, executive director. The thieves took an iPad that was their primary source for checking in visitors and returning users of the gym. They also took cash that was available and tools that were laying around from working on the building, according to Hudkins.

“We are much more deliberate now as far as getting things locked up for the night,” Hudkins said. “It’s a 130-year-old building, so if you’re going to try to get in, you’re going to get in, but we have made it more difficult for someone to come in and do that again. We’ve had to initiate specific procedures if anything should happen to secure the safety of our members here. Stuff is stuff and we’re okay if that disappears, but we want to make sure our guys are safe.”

Members of Beta Omega Chi Social Club reached out to Hudkins to conduct a fundraising event that would help give back to the gym and be a place that students could come and relax, according Hudkins.

“We’ve opened up to the community and have held benefit concerts for several organizations,” Hudkins said. “BOX (Beta Omega Chi) came to us and said, ‘Hey, you do so much for everyone else, so we want to help you guys out.’ Once again, we had to set down our pride and just say, ‘Thank you.'”

To participate in the event, the entrance fee was $5 at the door and there was a dessert sale to help raise more money, according to Hudkins.

The benefit concert featured two acts including “Vagaband” and Searcy native Dara Niemi. Senior and member of Beta Omega Chi, Nathan Hannum, is one of the lead vocalists in “Vagaband.” Hannum said this was their debut concert, so there was a lot of practicing as the event grew closer.

“We’ve been looking for a gig for awhile that’s bigger than a coffee shop because we’d like to play a little more electric,” Hannum said. “Not only will this be good for us, but it will benefit Zion and help them prepare in the future of how to set up local bands.”

Hannum said the gym is something that their band believes in and they appreciate the philosophy behind the mission that is ongoing at Zion.

“Zion has done so much to connect with the community in Searcy,” Hannum said. “Their goal is to bring all different kinds of people to build this diverse community as a place that people can go to escape their daily routines.”

Paul Toillion is a senior at Harding and has been a volunteer worker at Zion for two years. Toillion said the workers at Zion are a family and they are heavily involved in each others’ lives.

“My job is only one night a week, but it’s a great way to get away from school,” Toillion said. “It is another social experience and we get to help people connect not just through Harding students, but through Searcy’s community. It is also just really fun to climb.”

If anyone would like to donate to Zion Rock Climbing Center, they can stop by the gym or call (501)-492-9227 for more information.