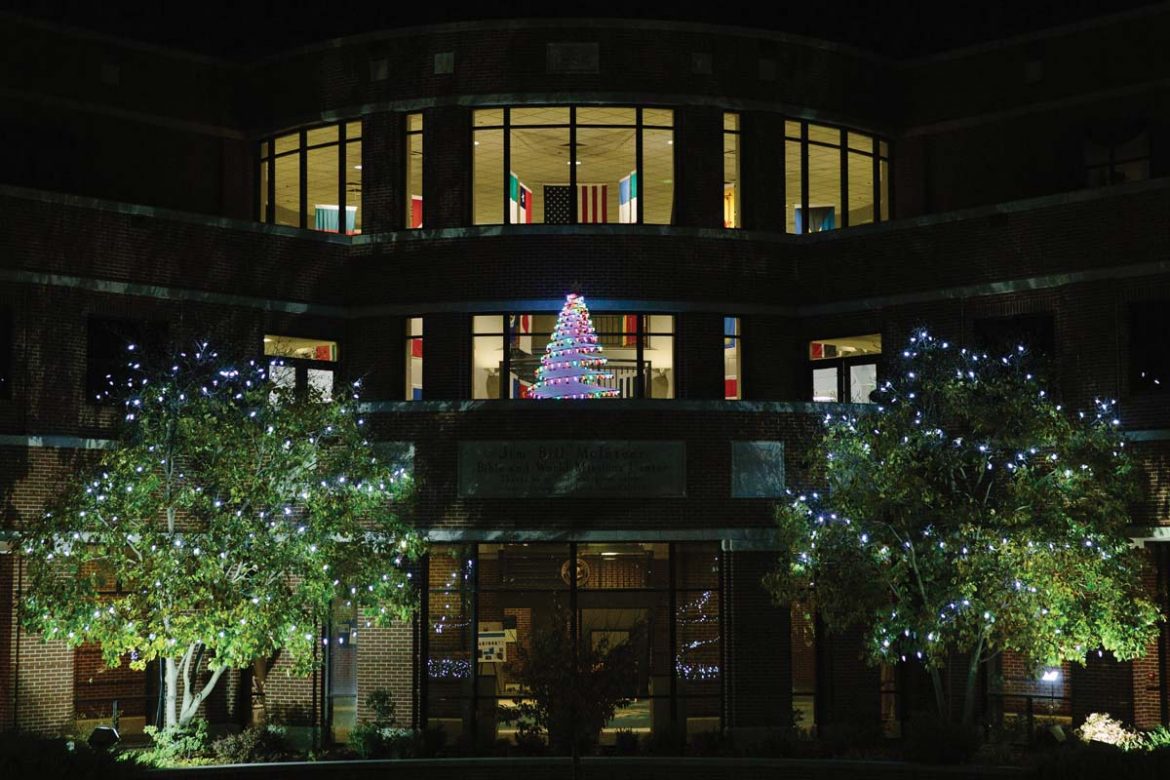 For the past two years, Governor Asa Hutchinson has reached out to religious leaders in Arkansas communities and asked them to organize events in order to benefit Restore Hope’s mission, which he has strongly supported.

This year, Hutchinson contacted Dr. Andrew Baker and asked for Harding’s help in this effort. Baker assembled a team of communication students to plan an event on Harding’s campus.

The team, which consists of seniors Lexi Ferguson, Abigail Pratt and Claire Patton, organized an event called “The Tree Lighting.” The team is selling light bulbs for $5 each through today, and every light bulb purchased will be placed on a wooden Christmas tree outside of the McInteer building. All proceeds from the light bulb sale will go towards buying Christmas presents for children in the foster care system.

In addition to the regular sale, there is also a “Battle Of The Bulbs,” which is taking place between social clubs. The competition, which began on Nov. 28, will see which club can buy the most light bulbs to be placed on the tree. The winning club will receive key chains.

Pratt said that this opportunity was perfect for Harding students to take on.

“We are sitting on a pile of resources here,” Pratt said. “We have students that are public relations majors, journalism majors, English majors and criminal justice majors. We have all these people who could get involved, so they kind of just wanted us to brainstorm and see what we could do to further along Restore Hope and to introduce Restore Hope to the student body.”

In addition to the light bulb sale and Christmas tree lighting, the lighting ceremony, which took place on Nov. 30, included the sale of homemade cookies and hot chocolate, a performance by the Good News Singers and an appearance by Santa Claus himself.

Ferguson said that getting involved with this event was so important to her because it will show the children in foster care just how loved and supported they are by their community.

“We just really wanted to do something for the kids during the holidays,” Ferguson said. “I think it will help to let them know that, even if they don’t think so, there are so many people out there that care for each and every one of them and that, yes, they are so worth the time and effort.”